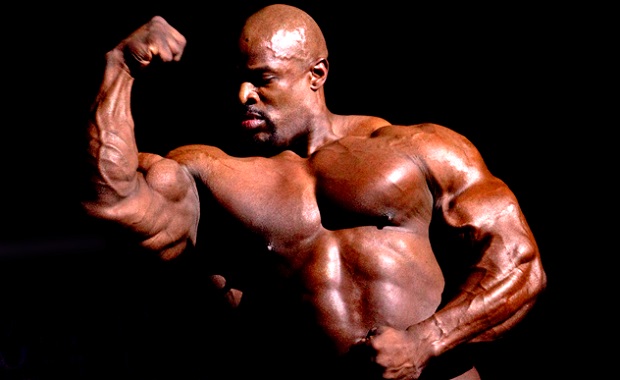 Ronnie Coleman is an American professional bodybuilder. Born on May 13, 1964, he has inspired numerous others with this long list of accomplishments. He was won eight Mr. Olympia bodybuilding competitions, and he currently holds the record for the most wins of any IFBB professional.

He is a supporter of the Inner City Games, which was an organization started by Arnold Schwarzenegger back in 1991. The very first competition Coleman won was the Canada Pro Cup in 1995, and he has had a string of victories since then.

1. “Everybody wants to be a bodybuilder, but nobody want to lift no heavy-ass weights.” – Ronnie Coleman

2. “My biggest competition is always myself. I mean no disrespect, but I do not look at any of the guys as being my competition for the simple reason that I can’t control how they’re going to look. I can only control how I look.” – Ronnie Coleman

3. “When you hit failure your workout has just begun.” – Ronnie Coleman

4. “Hard work and training. There’s no secret formula. I lift heavy, work hard and aim to be the best.” – Ronnie Coleman

5. “I’m always positive when it comes to professional bodybuilding, hell I’m Mr. Olympia for God’s sake. If I’m number one in our sport and I have a negative attitude then our sport don’t need me and I don’t need our sport. There are problems and controversy in all sports. That’s really unavoidable.” – Ronnie Coleman

6. “It is important to have people believe in you. With this support, what you can achieve is limitless.” – Ronnie Coleman

7. “Women really do pay attention to a man’s glutes. A tight, compact ass is often voted even more desirable than muscular arms and chest. So, if you’re lacking, start squatting!” – Ronnie Coleman

8. “Hard work and training. There’s no secret formula. I lift heavy, work hard and aim to be the best.” – Ronnie Coleman

9. “You can’t do this if you’re not dedicated and determined, and have a strong faith. Because it’s extremely hard, especially trying to work a job and do it.” – Ronnie Coleman

10. “I loved challenging myself every day. The weight room was my therapy for everyday life stresses. No matter what I was doing I always wanted to be the best.” – Ronnie Coleman

12. “When you love something as much as I love bodybuilding you don’t have to do much extra to push yourself, it just happens. There were some tough times and when those came up I just used my mental strength to push through knowing that my mind controlled everything.” – Ronnie Coleman

14. “If you take a hammer and hit something over and over again, it’s gonna be destroyed. I don’t wanna destroy my body cause I want my body to last me as long as it possible can. If you train hard and push it everyday, your body is going to wear out. So I give my body time to recover.” – Ronnie Coleman

15. “There’s no secrets or magic tricks to being successful in life. It’s plain and simple. Work harder than everyone else and the only way to do that is to do it. It may sound silly but it’s the truth and there aint nothing to it but to do it!” – Ronnie Coleman

16. “I always say to myself right before a tough set in the gym, Ain’t nothin’ to it, but to do it.” – Ronnie Coleman

17. “The next thing I would have to go with is diet because it is so hard and mentally tough. By comparison, the training is the easiest of them all because it’s my hobby as well as my job.” – Ronnie Coleman

18. “”Training is my life, my hobby, it’s who I am, and it represents me. If this was my last workout and I’m never ever able to train again because God called me home, I can say my life was fulfilled because I did it doing what I always love doing the most, training.” – Ronnie Coleman