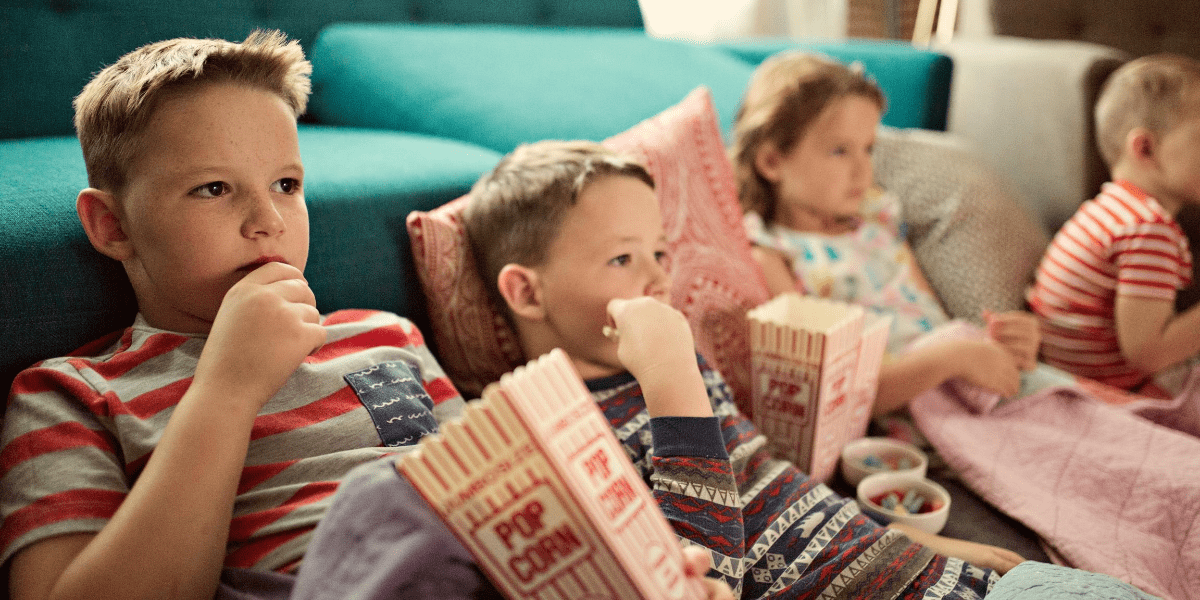 Art is a terrific way to expand children’s minds, stoke curiosity about the world around them, and stimulate their intellect. Impactful literature, paintings, photography, and movies are all incredible tools to engage and educate children. Film is a particularly engaging artform for children since it is so interactive and entertaining.

Compelling characters, plot lines, and cinematography can spark a child’s interest or passion in a particular subject and put them on a path to become lifelong learners. On the other hand, inappropriate or disturbing movies can traumatize children, stimulate negative emotions, and give them an inaccurate view of the world around them. That’s why it’s so important that parents and daycare professionals are thoughtful about the movies they show children.

Let’s explore a few movies that are a great option for children, and what each has to offer in terms of their educational and developmental benefits.

The Even Stevens Movie is a lighthearted family comedy based on the characters in the popular TV series starring Shia Labeouf and Christy Carlson. Fans will recognize Shia Labeouf from his many blockbuster roles later in life including Transformers and Borg Vs. McEnroe. However, Labeouf got his start as the goofy and affable Louis Stevens.

Even Stevens developed a loyal following from its long-running TV series that followed the misadventures of the Stevens family living in suburban California. The series was picked up by the Disney Channel and ran for three years, from June 2000 to June 2003. Over its 65 episode run, the series garnered support and interest from kids and adults alike for its quirky, fun, comedic tone.

The Even Stevens movie incorporates these beloved characters into a family comedy that is lighthearted, funny, and easy to watch for parents and children alike. The plot follows the Stevens family on a holiday getaway on the fictional island of Mandelino. The family participates in a reality TV show with island natives and chaos ensues.

Some adults might find the Even Stevens movie predictable or unoriginal, but the charm of many Disney movies is their ability to follow a similar formula that helps viewers take an enjoyable break from reality.

The Lizzie McGuire Movie is a family comedy film released in 2003 starring Hilary Duff and directed by Jim Fall. The movie builds off the success of the Lizzie McGuire TV show that ran from January 11, 2001 to February 14 2004. It was praised by the New York Times for dealing coolly and responsibly with coming-of-age themes.

The show became an award-winning series and garnered a loyal fanbase. In fact, the Lizzie McGuire show was nominated for two Emmys for Outstanding Children’s Program. It was also nominated for a Writers Guild for America reward for its script. It won Nickelodeon’s Children’s Choice award.

Due to its success, a revival was planned in 2019 but after several weeks in production, the series was put on hold in production and did not resume, and was officially canceled in December 2020.

Piggybacking off the success of the series, the Lizzie McGuire movie was released in 2003 and follows Lizzie’s story as she prepares for her Junior High graduation with popular characters Gordo and Miranda. After graduation, Lizzie heads for a graduation trip to Rome. The majority of the movie takes place in Italy as Lizzie is forced to room with nemesis Kate, and contend with strict new principal Angela Ungermeyer.

The movie could be a good fit for parents or caregivers concerned with emotional and social learning for children.

Toy Story is a classic movie from Pixar that spawned a successful franchise that appealed to children and parents. The movie was the first of its kind to use a style of animation that was cutting-edge at the time it was released and made possible by Pixar studios. Toy Story was a resounding success, grossing $375 million worldwide.

Toy Story was praised by critics and even boasts a 100% fresh rating on Rotten Tomatoes. It represented a serious technical breakthrough due to its use of 3D animation techniques. It was nominated for three academy awards including Best Original Score, Best Original Song, and the Special Achievement Academy Award, for which it won.

The US Library of Congress even placed the movie in the National Film Registry for its cultural and aesthetic significance. Three sequels have been produced since the original Toy Story, which has been similarly loved by critics and viewers. There is even a spinoff called Lightyear, following the origin story of Buzz, set to be released in 2022.

The plot of Toy Story follows a group of toys that come to life when humans are not around. The two stars of the movie include Sheriff Woody and Buzz Lightyear, who are two toys belonging to a young boy named Andy. Woody has been Andy’s favorite toy for years, but Andy receives a Buzz Lightyear action figure for Christmas which increasingly captures his attention. Woody yearns for Andy’s attention and accidentally pushes Buzz out of a window, starting a conflict within the group of toys.

The Lion King is a musical drama movie that is based on the classic theatre musical of the same name. It was released in 1994 by Walt Disney Pictures. It was directed by Roger Allers and Rob Minkoff and it has become a Disney classic since its release. Original songs for the movie were written and recorded by Elton John and scored by Hans Zimmer.

The ensemble voice cast features celebrities like Matthew Broderick, James Earl Jones, and Jeremy Irons. The film follows the story of a lion named Simba in a pride of lions in Africa. Simba is set to take over the rulership of the pride from his father Mustafa. However, after Mustafa is murdered by Simba’s uncle Scar, his claim to the throne is put into question. Simba is exiled after the murder of his father and meets friends including Timon and Pumba.

Simba receives guidance and advice from his childhood friend Nala as well as the shaman Rafiki before deciding to challenge Scar to claim his place on the throne.

The film won two academy awards and is widely considered a classic today, after being added to the Library of Congress.

Bambi is an animated children’s film produced by Disney and based on a 1923 book by Felix Salteng named Bambi, a Life in the Woods. The story follows a white-tailed deer named Bambi and his friends Thumper and Flower.

Bambi is destined to take over as the Great Prince of the Forest, a title held by his father. Bambi’s father discovers a group of human hunters and travels back to warn the woodland creatures about this new danger.

After maturing into a young doe, Bambi encounters Faline, and the two fall in love, and must attempt to save the forest from hunters.

The film features songs written by Larry Morey and composed by Frank Churchill. It is a great movie to show children the wonders of the natural world by telling an ancient story using contemporary animation. A sequel and photorealistic remake were later released.

Although the movie is not without its sad moments, it is a Disney classic that could be a good fit for children at a quality daycare center or at home.

In conclusion, we’ve seen that there are a variety of options for individuals searching for good movies for kids both at home and in daycare. It’s important to remember that parents and caregivers should be mindful of childrens’ media consumption and tech access. These five movies are merely a place to start when uncovering the art that can positively impact childrens’ development.

Had Unprotected Sex? Here’s How to Test for STIs at Home

Want To Slay With Your Fashionable Looks This Winter? Here’s What You Need To Do!