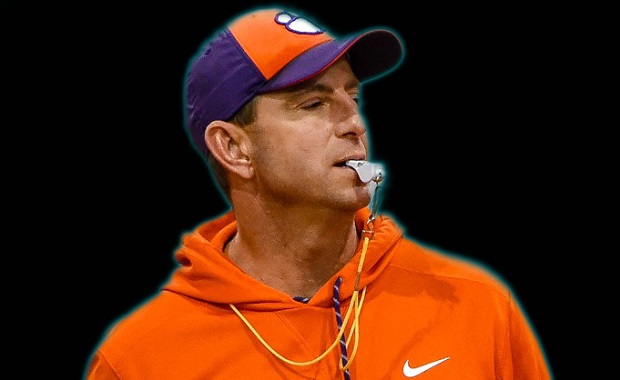 Dabo Swinney is an American football coach at Clemson University. He became the head coach for Clemson Tigers in 2008 and has led them to national championships two times. Today, Swinney is the highest-paid football coach in the history of American athletics.

Swinney’s parents gave him the nickname “Dabo” when he was just an infant. His passion for the game and his talent was discovered when he joined the football program during his undergraduate days.

In the later years, Dabo became widely known as one of the best recruiters. Because of his love for the game, and his willingness to help young people, he has made numerous sacrifices and contributed to Crimson like no other.

Dabo is a devoted Christian and he has written a number of quotes which will inspire and make you retrospect your life.

1. “Always remember, the goals that we have achieved pale in comparison to the daily commitments it took to get there.” – Dabo Swinney

2. “I’m not perfect. I don’t claim to be perfect. So, when people point out I’m imperfect, so what? That’s just who I am.” – Dabo Swinney

3. “I’m always just focused on being great where I’m at and blooming where I’m planted.” – Dabo Swinney

4. “To be an overachiever, you have to be an over believer.” – Dabo Swinney

7. “My vision is for other schools to be like Clemson. My vision is to build a model program.” – Dabo Swinney

8. “Whatever the results you get, learn and grow from it and move on to the next one.” – Dabo Swinney

9. “God creates us to compete. He creates us to win. It matters. But you’ve got no chance if you don’t do your best.” – Dabo Swinney

10. “I try to be a good example to others, and I work hard to live my life according to my faith.” – Dabo Swinney

12. “Recruits and their families want and deserve to know who you are as a person, not just what kind of coach you are.” – Dabo Swinney

13. “No matter what’s behind us in the rearview mirror, it’s always about what’s next.” – Dabo Swinney

15. “I’m not going to apologize for having a great team and a great program and a bunch of committed guys, and Coach Saban is not, either.” – Dabo Swinney

17. “Bad things happen in life… but it’s how you respond that counts.” – Dabo Swinney

18. “You can’t be afraid to play. Commit to play and you live with the results.” – Dabo Swinney

20. “Play within the system. Be a decision maker.” – Dabo Swinney