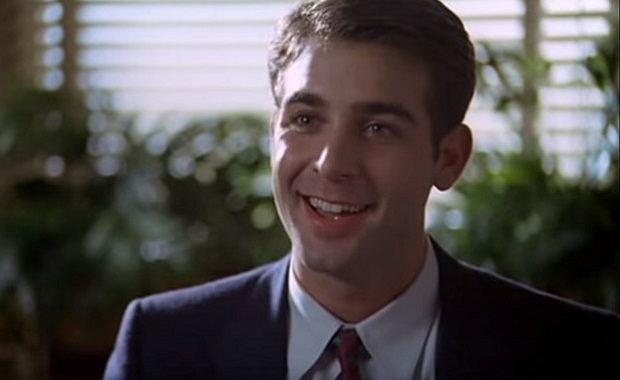 If you feel like you lack purpose and need a little something to inspire you then check out our Top 20 list of Inspirational Movies. Every one of these motivational gems tells a true story from real life, or at the very least are based on fact or true life incidents.

From heartbreaking to heartwarming, harrowing to uplifting, here are 20 tales to get you up off your backside and back in the game. Carpe diem! Based on the true story of educator Ron Clark, the film tells the inspirational tale of an idealistic educator who abandons his comfortable, small-town job to teach troubled kids in a tough New York City school. This gripping sports drama retells the true tale of how legendary manager of the Brooklyn Dodgers, Branch Rickley, signed Jackie Robinson as the first Afro- American to play in Major League Baseball and shows the bitter racism the pair faced by defying the notorious color barrier, which existed at the time. In 1970, 75 players, staff and boosters from Marshall University died in a tragic plane crash. This heart rendering drama tells how the new coach (played by Matthew McConaughey) arrives just one year later to rebuild the school’s football program and in the process, helps to heal the grieving community. This uplifting movie offers a poignant insight into the impact teachers can have on their pupils, both in and out of the classroom. Richard Dreyfuss plays an aspiring music composer who takes a job as a high school teacher to pay the bills. 30-years later he realizes that teaching, not music, is his true calling. On August 7, 1974, Phillipe Petite fulfilled his lifetime ambition of walking on a tightrope attached to the twin towers of the World Trade Center. The film is a breathtaking account of Petite’s illegal feat and captures the unshakeable loyalty of the ragtag team of friends and family who helped him achieve what most people thought was thoroughly impossible. A rising star in the world of surfing, teenager Bethany Hamilton’s ambitions seem utterly destroyed when she becomes the victim of a brutal shark attack. Soul Surfer tells the true story of how the love of Bethany’s family encouraged her to go on to win several surfing championships. German-Jewish Anne Frank and her family are forced to hide from the Nazis in an attic of an Amsterdam office building to escape the Holocaust. For more than two years they remain unnoticed, until one day they are discovered and transported to a concentration camp.

A heartwarming biographical drama based on the journals of Rachel Joy Scott, the first victim of the shootings at Columbine High School. The film intertwines the fateful true story of the two gunmen and the girl who grew up knowing the love of her religious faith but who was not always ready to receive it. Liz Murray rose from the mean streets of New York to graduate from the prestigious Ivy League University and went on to become a renowned international speaker. This truth-based movie shows the atrocious conditions Murray grew up in, and how she escaped the dysfunctional love of her drug addict parents. This inspiring movie retells the memoir of famous Jean-Dominique Bauby, the journalist who after experiencing a massive stroke, went on to become editor-in-chief of the world famous lifestyle magazine, Elle, despite suffering from ‘locked-in’ syndrome. Based on real-life events, Won’t Back Down is the story of two mothers, one a teacher, who unite to fight a dysfunctional school system. Their unconventional methods may not be to everyone’s liking, but we can all get behind their motives and admire the levels of guts and determination involved. Coalwood, West Virginia, is not a well-known town where boys would grow up eventually to be coal miners. And Homer Hickam is no different. But then one day a Soviet Sputnik satellite flies over the town and inspires Homer to build a rocket ship. Based on the memoir of Homer Hickam, author, Vietnam veteran, and former engineer at NASA, this movie is a must watch. The movie depicts the remarkable life of the South African icon, from herd boy in a tiny rural village to freedom fighter, and eventually to the first black president of his country. The movie shows Mandella’s epic struggle against apartheid and how he went on to found the African National Congress Youth. True history told at its best. A very human drama based on the real life of a brilliant but arrogant mathematician, John Forbes Nash Jr. The movie tells of Nash Jr’s fall from academic stardom to the dark, devastating depths of severe mental illness, and how he fought back to regain a semblance of normality. This biographical study depicts how Tourette Syndrome sufferer, Brad Cohen, was ridiculed and beaten as a child but overcame his condition to go on to win Georgia’s First Class Teacher of the Year Award. A true-life drama set in 1935 Texas. Melvin B. Tolson is a teacher at Wiley College who inspires his pupils to set up their school’s first debating team and go on to challenge Harvard in the national debating championship. The actual historical account of how aristocrat daughter Florence Nightingale defies her family’s wishes and challenges Victorian norms by volunteering to serve as a nurse in the Crimean War. Not just an inspiration for potential nurses everywhere, Nightingale was a fierce pro-feminist that fought selflessly to usher in the age of modern nursing. The nail-biting account of Paul Rusesabagina, the Hutu hotel manager that risked his life in protecting Tutsi refugees during the Rwandan genocide by allowing them to hide in his hotel after the departure of UN peacekeeping forces. Ernie Davis was born into poverty and had to overcome many obstacles before being accepted into the football team at Syracuse University. The movie shows what a brilliant player Davis was, and how he became the first black player to win the celebrated Heisman Trophy. Based on a book, The Freedom Writer’s Diary, by real-life teacher Erin Gruwell, this movie shows how one stubborn teacher can turn around a class of racially divided students and inspire them to get involved in their education and to make their own choices about the future.

7 Daily Routines That Will Help You Win The Day