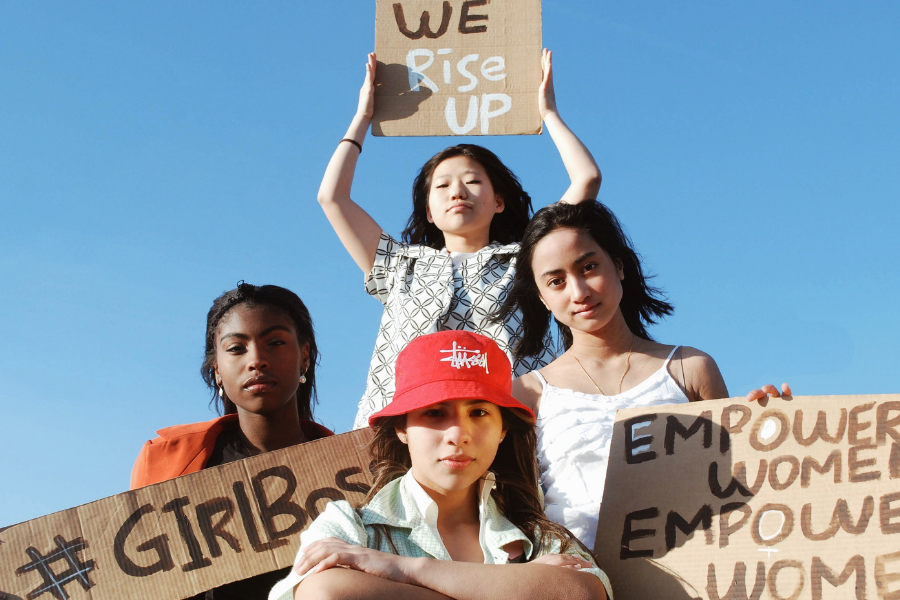 “To be ‘feminist’ in any authentic sense of the term is to want for all people, female and male, liberation from sexist role patterns, domination, and oppression.” – bell hooks

The word ‘feminism’ carries so much history and value. At its core, it is an intersectional movement that aims for equality for all. In the age of bite-sized information, however, the intention of feminism is sometimes misunderstood and can come off as distorted – especially when the people who take up center stage are selective about what to support in the advocacy.

So if you are a feminist or someone interested to study the movement, it’s important that you learn from people who fight for everybody’s feminism.

Learn about intersectional and inclusive feminism from these underrated speakers:

Contrary to popular misconceptions, feminism is not all about man-hating, bra-shredding, or using the #girlboss trend on social media. The point is, there’s no absolute clear-cut way to advocate for feminism.

Essayist Roxanne Gay perfectly encapsulates it when she wrote and spoke about the Bad Feminist concept. Here, she emphasizes the need to consider the other identities women inhabit when talking about their needs. This includes having different bodies, gender expressions, faiths, sexuality, class backgrounds, and abilities.

“We need to take into account these differences and how they affect us as much as we account for what we have in common,” Gay stresses. In case you’re interested, she also discusses topics on pop culture, body image, and sociopolitical issues, to name a few.

Kimberlé Crenshaw is a pioneer in the studies of critical race theory and intersectionality, both of which are also terms she coined. When she’s not teaching law at UCLA and Columbia Law School, she lobbies for a range of civil rights issues, particularly violence against women and racial inequality. Her talks online mostly promote intersectionality, which takes into account how a person’s social and political identities affect areas of discrimination, disadvantages, and privilege. So if you want to be more inclusive and mindful about your feminism, Crenshaw’s videos are definitely a must-watch!

What does it mean to be a Muslim woman? In Alaa Murabit’s speeches, she talks about the misuse of her religion to limit women’s rights, independence, and ability to lead. Working as a women’s rights advocate and UN General, Murabit amplifies women’s voices on the daily.

She notes in her videos that the only way women will be able to participate fully in global conversations as if they reclaimed religion. This means having to change the usual narratives of impure, condemned women that needed to be hidden or otherwise owned. Instead, Murabit urges people to challenge the muddled interpretations of Islamic scripture done by mostly by men. Faith and the rights of women, after all, aren’t mutually exclusive.

At the end of the day, feminism is for everybody.

We hope that you’ve picked up a thing or two from our list of inclusive feminist speakers! Regardless of who you are and what you believe in, make sure to follow and only learn from people who will help you form well-rounded opinions in your advocacy.

How to Stay Motivated During Alcoholism Recovery