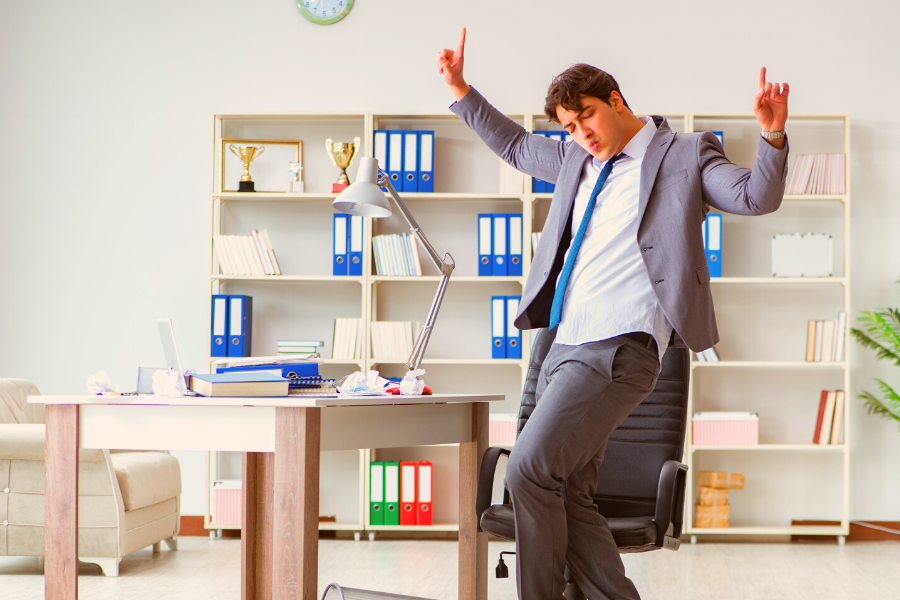 Work can be equally enjoyable and stressful. Sometimes, you just can’t seem to know where to draw the line right? If you find yourself lethargic or constantly procrastinating work, here are some funny and inspirational quotes for you! You might just get back to work in a jiffy because of these witty quotes!

45 Funny & Inspirational Quotes To Motivate You To Work

“I discovered that I hate working with idiots, especially when I’m working alone at home in isolation.”
― Anthony T Hincks

“When you work from home there is no such thing as a holiday.”
― Anthony T. Hincks

“What you do is what matters, not what you think or say or plan.”
― Jason Fried

“Who you are tomorrow begins with what you do today.”
― Tim Fargo

“Doing nothing is very hard to do… you never know when you’re finished.” — Leslie Nielsen

“If you think your boss is stupid, remember: you wouldn’t have a job if he was any smarter.” — John Gotti

“The best way to appreciate your job is to imagine yourself without one.” — Oscar Wilde

“Hard work never killed anybody, but why take a chance?” — Edgar Bergen

“The easiest job in the world has to be coroner. Surgery on dead people. What’s the worst thing that could happen? If everything went wrong, maybe you’d get a pulse.” — Dennis Miller

“My keyboard must be broken, I keep hitting the escape key, but I’m still at work.” — Author Unknown

“Getting paid to sleep… that’s my dream job.​” –Unknown

Son, if you really want something in this life, you have to work for it. Now quiet! They’re about to announce the lottery numbers.​” — Homer Simpson

“There’s no secret about success. Did you ever know a successful man who didn’t tell you about it?​” -​Kin Hubbard

“Sometimes I spend the whole meeting wondering how they got the big meeting table through the door.” — Anonymous

“Ambition is a poor excuse for not having sense enough to be lazy.” – Charlie McCarthy

“An expert is a man who has made all the mistakes which can be made in a very narrow field.” — Niels Bohr

“Pride, commitment and teamwork are words they use to get you to work for free.” – Anonymous

“Oh, you hate your job? Why didn’t you say so? There’s a support group for that. It’s called everybody, and they meet at the bar.” – Drew Carey

“Even if you are on the right track, you will get run over if you just sit there.” — Will Rogers

“A lot of people quit looking for work as soon as they find a job.” — Zig Ziglar

“Don’t be distracted by criticism. Remember, the only taste of success some people get is to take a bite out of you.” – Zig Ziglar

“If you think you are too small to be effective, you have never been in the dark with a mosquito.” – Betty Reese

“Opportunity is missed by most people because it is dressed in overalls and looks like work.” – Thomas Edison

“The secret of life is honesty and fair dealing. If you can fake that, you’ve got it.” — Groucho Marx

“Many of life’s failures are experiences by people who did not realize how close they were to success when they gave up.” — Thomas Edison

“Keep away from people who try to belittle your ambitions. Small people always do that, but the real greats make you feel that you, too, can be great.” – Mark Twain

“I work for myself, which is fun. Except when I call in sick, I know I’m lying. – Rita Rudner

“A diamond is merely a lump of coal that did well under pressure.” — Henry Kissenger

“I always arrive late at the office, but I make up for it by leaving early.” — Charles Lamb

“Nothing is so embarrassing as watching someone do something that you said couldn’t be done.” – Sam Ewing

“If at first you don’t succeed, then skydiving definitely isn’t for you.” – Steven Wright

“The elevator to success is out of order. You’ll have to use the stairs… one step at a time.” — Joe Girard

“By working faithfully eight hours a day you may eventually get to be boss and work twelve hours a day.” — Robert Frost

“Give a man a fish, and you’ll feed him for a day. Teach a man to fish, and he’ll buy a funny hat. Talk to a hungry man about fish, and you’re a consultant.” – Scott Adams

Work is against human nature. The proof is that it makes us tired. – Michel Tournier

“An expert is a man who tells you a simple thing in a confused way in such a fashion as to make you think the confusion is your own fault.” – William Castle

“People often say that motivation doesn’t last. Well neither does bathing. That’s why we recommend it daily.” – Zig Ziglar

High on the Bucket List: 7 CBD-Infused Products You’ve Got to Try at Least Once