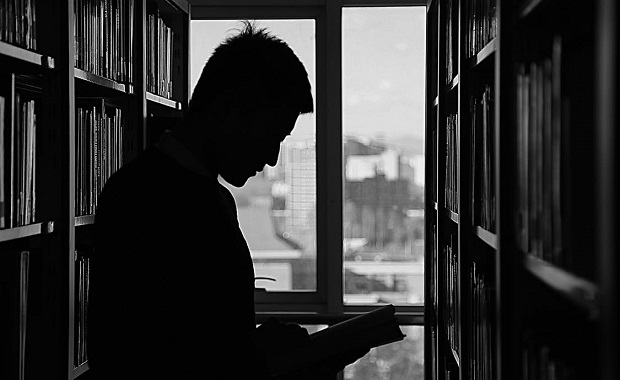 Let’s face it, studying is hard work. But if you’re honest with yourself you know that all the effort will pay off in the end. Doing well in school will mean you have a better chance of getting the career you really want. Okay, so you knew that already.

But did you know that someone who studies harder and more effectively is far more likely to become a better person too?

You may ask, how?

Industrious students are better prepared for higher levels of education and training. They are more likely to develop lasting and positive habits. That’s why it goes without saying that doing well in school will help you find your true passion. It will also encourage you to establish yourself as an individual.

Achieving a good education empowers you to fully participate in your civic environment; it will make you a more effective consumer as well as maximize your career options in life.

In other words, if you study harder and more effectively, you will make a difference in the world around you.

No one said it’s going to be easy. There will be times when you’ll feel like giving up. Don’t.

History is filled with famous people who failed before they achieved their goals. At times, they too struggled with a chronic lack of motivation and self-doubt and felt they would never realize their goals and dreams.

But they stuck at it, and we can all thank them for making our world a better place.

Here are just a 5 of those people who despite hardship, won through to become the greatest and best in their fields– not by giving in, but by wrestling the proverbial quill from the hand of fate and using it to write their own stories.

“Success is stumbling from failure to failure with no loss of enthusiasm.”

Sir Winston Leonard Spencer-Churchill was an army officer, a writer, and a British statesman who went on to become Prime Minister of the United Kingdom from 1940 to 1945 and again from 1951 to 1955.

Churchill is famous for leading the British people through some of their darkest hours when they stood against Nazi Germany in the Second World War, but did you know that he failed sixth grade? And not only that, Churchill suffered defeat at every public role he ever ran for and didn’t get to be Prime Minister until he reached the ripe age of 62.

“Many of life’s failures are people who did not realize how close they were to success when they gave up.”

Born in Ohio in 1847, Thomas Alva Edison was once told by his teachers that he was “…too stupid to learn anything,” and that he “should go into a field where he might succeed by virtue of his pleasant personality”.

As a child, Edison suffered from scarlet fever, but that never stopped him from playing with the chemistry lab his mother had set up for him in the basement—a fact that made his father very nervous.

Edison invented the telegraph, the universal stock ticker, the phonograph, alkaline storage batteries, and the Kinetograph (a motion picture camera), but he experimented with over 1,000 light bulbs before he created one that actually worked. Today, he is regarded as America’s leading businessman and greatest inventor.

“Be everywhere, do everything, and never fail to astonish your peers.”

R.H. Macy not only created a giant department store, he changed the way retail stores worked forever. Born in 1822, the fourth of six children to a Quaker family in Nantucket, Macy began working on a whaling ship when he was just 15-years-old.

After six years he married and turned his hand to retail. Macy opened four dry good stores in Haverhill, Massachusetts, between 1843 and 1855. They all failed. But Macy kept up the hard work and ended up with the biggest department store in the world.

“The difference in winning and losing is most often not quitting.”

Walter Elias Disney came from humble beginnings. Born in Chicago, Illinois in 1901, much of his childhood was spent traveling across the Midwest while his father searched for work.

The young Disney’s first job was a newspaper route where he would get up at 4:30 every morning to deliver The Times before going to school and then repeating the round for the Evening Star after school.

For a while, Disney worked door-to-door as a vacuum cleaner salesman, and when he finally landed a job as a cartoonist it didn’t last long; Disney was fired by a newspaper editor because his ‘lack of imagination and his failure to come up with good ideas.’ Several of Disney’s business ventures failed before success arrived in the form of his movie Snow White.

A movie that without which, most of our childhoods would never be the same.

“We do not need magic to transform our world. We carry all of the power we need inside ourselves already.”

The creator of Harry Potter went from being unemployed and living on welfare to becoming a multi-millionaire in just five years. But life before her success was hard for Joanne Rowling. Born in the English town of Yate in 1965, her early years were marked by a difficult relationship with her father and dealing with the illness of her mother.

Rejected from Oxford in 1982, Rowling received her Bachelor of Arts in Classics and French from Exeter University, before moving to London to work for Amnesty International.

The death of her mother, a marriage to an abusive husband, pregnancy, birth of her daughter, separation, and divorce followed. At one point the penniless Rowling was forced to move in with her sister who lived in the Scottish Edinburgh.

And all the while her masterpiece of children’s literature was being rejected by one major publishing house after another, 12 in total. Yet despite it all, in 2004, Forbes magazine declared JK the first author to become a billionaire through book writing.

How to Stay Motivated to Lose Weight: 8 Powerful Tips