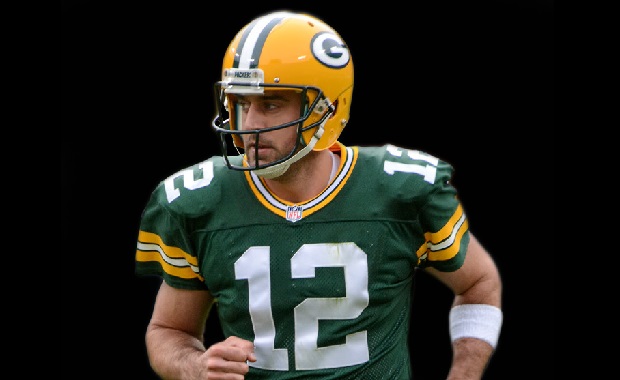 Aaron Charles Rogers is a professional American football player. He is an athlete with an incredible set of skills and wit. He plays quarterback for Green Bay Packers of NFL.

Rogers played football in high school, and in college, during his younger days, he set multiple records. His professional career began in 2005 when he was selected by the Packers during the first round on NFL draft that year. He has won multiple awards, including Superbowl MVP, NFL MVP, and Associated Press Athlete of the year, to name a few.

Aaron Rodgers quotes are inspirational but spiritual at the same time. They inspire you to achieve greatness but also a keep firm faith in the higher power.

1. “The challenge to be the best is what drives me and to just improve my body every day.” – Aaron Rodgers

2. “Leadership can’t be forced or contrived. It has to be your personality.” – Aaron Rodgers

3. “I think you can train yourself to block out some of that pressure and replace it with confidence. It’s about preparation, and the more prepared I am, the less pressure I feel and the more confident I am. As your confidence grows, it’s only natural that the pressure you feel diminishes.” – Aaron Rodgers

4. “I know I’m capable of greatness, and I’m expecting to reach that level.” – Aaron Rodgers

5. “As a man of faith, God doesn’t bring you to things that you can’t get through. He doesn’t put you in a spot and then leave you out to dry.” – Aaron Rodgers

6. “I’ve spent years trying to time up my drops with my throws. You learn to listen to your feet and trust your positions.” – Aaron Rodgers

7. “Performing at my best is important to me and should be to everyone. I am blessed that my dad is a chiropractor. Getting adjusted regularly – along with practicing other good health habits that my mom helped me to establish – are all part of my goal to win in life and on the field.” – Aaron Rodgers

8. “The guys who stick around are the smartest guys and the guys who are the most self-driven. You have to have drive. The coaches can only take you so far. You have to want to learn and work.” – Aaron Rodgers

10. “The coaches can only take you so far. You have to want to learn and work.” – Aaron Rodgers

11. “Tonight is not a setback. It’s just a learning experience.” – Aaron Rodgers

12. “I’ve always seemed to have my best performances when I’m under the most pressure.” – Aaron Rodgers

13. “I think very highly of myself. I think I’m capable of a lot of things on the field.” – Aaron Rodgers

14. “The pressure I put on myself is the only pressure I’m feeling once I get into the game.” – Aaron Rodgers

15. “The thing you realize as you get older and you play, that you don’t really understand when you’re a backup the first few offseasons, how important that mental rest is. It’s a grind physically during the season, dealing with the hits and the physical pain that goes with playing in this game. But mentally it’s probably more taxing, so you need that ability to find that escape.” – Aaron Rodgers

16. “Getting adjusted regularly is part of my goal to win in life and on the field.” – Aaron Rodgers

17. “It’s a special honor to be one of the leaders of this football team. But I said it once, I’ll say it again, no one person wins a game by themselves. Individually, it’s top of the mountain, my sport, my profession. It’s what you dream about as a kid.” – Aaron Rodgers

18. “I feel like I’ve set the bar fairly high, and I want to keep living up to that bar.” – Aaron Rodgers

19. “I think as you get older, you realize there’s always going to be critics. Critics are going to win every time because they can change their critique based on the stats and their own personal feelings.” – Aaron Rodgers

20. “I’m fulfilling my dreams that I had as a kid every single day.” – Aaron Rodgers