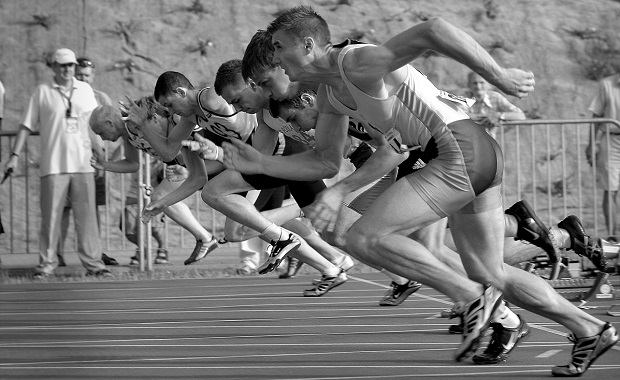 At some point in our life, we need to realize the need to put an effort to achieve our goals and desires. There is no substitute for hard work. You may have all the talents and abilities in the world, but without effort, there is no guarantee of you ever achieving your goals. We collected some inspiring effort quotes which will inspire you to work harder than you’ve ever done.

We all have a desired goal that we want to achieve in our life. To be at the top and get what we want, we must also put in effort just like everyone else. As the saying goes, ‘As you sow, so shall you reap.’ Hence only by sowing our effort shall we reap our goals. The quotes listed below will surely inspire you to work harder and put in the effort, which is due in order to achieve your goal.

1. “Satisfaction lies in the effort, not in the attainment, full effort is full victory.” – Mahatma Gandhi

2. “Always make a total effort, even when the odds are against you.” – Arnold Palmer

3. “The results you achieve will be in direct proportion to the effort you apply.” – Denis Waitley

4. “No one succeeds without effort… Those who succeed owe their success to perseverance.” – Ramana Maharshi

5. “For every disciplined effort there is a multiple reward.” – Jim Rohn

6. “Effort and courage are not enough without purpose and direction.” – John F. Kennedy

8. “Life can be boring unless you put some effort into it.” – John C. Maxwell

9. “Mental toughness with extreme effort is the formula for success.

10. “Quality is never an accident. It is always the result of intelligent effort.” – John Ruskin

11. “Success is dependent on effort.” – Sophocles

12. “Be not afraid of going slowly; be afraid only of standing still.” – Chinese Proverb

13. “Winning is not everything, but the effort to win is.” – Zig Ziglar

15. “Success is the sum of small efforts – repeated day in and day out.” – Robert Collier

16. “Effort only fully releases its reward after a person refuses to quit.” – Napoleon Hill

17. “You can have anything you want, if you want it badly enough.” – Abraham Lincoln

18. “About the only thing that comes to us without effort is old age.” – Gloria Pitzer

19. “Well, any effort to maximize your potential and ability is a good thing.” – Daniel Goleman

20. “It is only through labor and painful effort, by grim energy and resolute courage, that we move on to better things.” – Theodore Roosevelt

22. “What is written without effort is in general read without pleasure.” – Samuel Johnson

23. “Who you are tomorrow begins with what you do today.” – Tim Fargo

26. “Make every effort matter, and always make the following effort better than the last one.” – Hermann J Steinherr

27. “The difference between ordinary and extraordinary is that little extra.” – Jimmy Johnson

28. “Goals are the end results of a long hard struggle that is considered the fruit of all efforts.” – Hermann J Steinherr

31. “The man who succeeds is a man who has withstood the test of time, trials, and has made every effort count.” – Hermann J. Steinherr

32. “If you can’t excel with talent, triumph with effort.” – Dave Weinbaum

34. “Many of the great achievements of the world were accomplished by tired and discouraged men and women who kept on working.” – Oscar Wilde

35. “Strength and growth come only through continuous effort and struggle.” – Napoleon Hill

25 Courage Quotes to Inspire and Encourage You