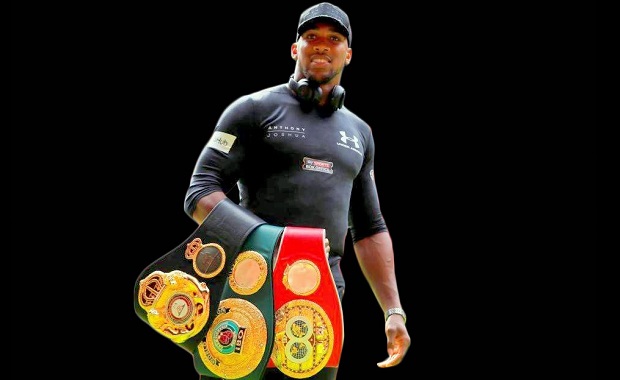 Anthony Joshua is a British professional boxer who began boxing at 18 in 2007. He has held several titles both at the regional and the international level, some of them include the Unified World Heavyweight Championship, the British Heavyweight, and Commonwealth.

Joshua got his big break when he won the Haringey Box cup in 2009 and 2010. He turned down a £50000 offer and went on his way to become a professional boxer. When asked why he turned down the offer, he said he didn’t take up the sport for money. He wanted to win medals.

Along with such achievements as the Olympic medals, Joshua has a number of quotes which will inspire you to live your best life.

1. “Don’t worry about the title. Worry about what you’ve got to do today, tomorrow, the next day, and that title will be waiting for you.” – Anthony Joshua

3. “I didn’t make the most of school, but boxing has given me discipline.” – Anthony Joshua

4. “Cardio is a nice way to start the morning, man. Whether you sit on the bike for half an hour or throw on two jumpers and just sweat, it’s good to get up, get the body active, put on your headphones, and just pedal away.” – Anthony Joshua

5. “In boxing, it is about the obsession of getting the most from yourself: wanting to dominate the world like a hungry young lion.” – Anthony Joshua

6. “Wherever you get to is better than where you started. To stay on the road is a massive achievement.” – Anthony Joshua

7. “Sleeping is like meditation: it’s good to rest the body but also to shut the mind down for a bit.” – Anthony Joshua

8. “The belt doesn’t represent me; it’s how you deal with people, how you represent yourself as a champion. The belt is a sign of a champion, but what makes a champion is the things I have just said.” – Anthony Joshua

9. “I was raised well. My parents are from Nigeria; their culture is respectful. Very respectful. But I learned that you have to be determined. It’s not violence or aggression. It’s sheer determination.” – Anthony Joshua

10. “As long as you have discipline, you can be a success. Discipline is what makes you do everything you need to do.” – Anthony Joshua

11. “From the neck up is where you win or lose the battle. It’s the art of war. You have to lock yourself in and strategize your mindset.” – Anthony Joshua

13. “This is boxing, not tennis. Everyone likes a bit of rivalry, it makes for a good fight.” – Anthony Joshua

14. “What makes a champion great is how he dethrones the guy before him. Look at Mike Tyson against Trevor Berbick and how he crushed him. You have to rip the title away from him.” – Anthony Joshua

15. “The mental is more important than the physical. You know, that voice in your head telling you to give up if it gets tough. That’s my main opponent – making sure that if your body wants to stop, your mind won’t let you.” – Anthony Joshua

16. “You’re confident, you’re going to the ring to fight, but there’s always that little thing where you’re thinking, ‘God.’ You’re nervous. But you have to embrace it and enjoy it.” – Anthony Joshua

17. “In boxing, it is about the obsession of getting the most from yourself: wanting to dominate the world like a hungry young lion.” – Anthony Joshua

18. “I can be the nice family man at home, and then when I go to the gym, maybe sparring with someone, I switch into beast mode. It ain’t pretty.” – Anthony Joshua

19. “On my journey I fell down a couple times but I never fell off.” – Anthony Joshua

20. “Just set yourself a goal and try and stick to it. Because you’ll always end up better than where you started.” – Anthony Joshua

21. “When you are around people who have money, you realize money isn’t that impressive, it’s about your class, morals and how you conduct yourself.” – Anthony Joshua

22. “It takes a certain type of man to become a boxer, to fight for a living. To be able to have the confidence to hit another man, to control your fears. You must overcome the physical aspect and believe in the art, the discipline of the sport. You need to study. You need to be smart.” – Anthony Joshua

23. “For me to have a cheeky little biscuit, it’s not going to hurt. But I need to control those indulgences. I can’t just be scoffing cakes and biscuits five nights a week.” – Anthony Joshua

24. “There are two types of warriors: the one that rides through on his horse and tries to slay everyone, and the sniper. I try to be more like the sniper. Bang. Bang. Bang. Break them down, shot by shot.” – Anthony Joshua

25. “I’m a student of the game, always learning in life and boxing!” – Anthony Joshua