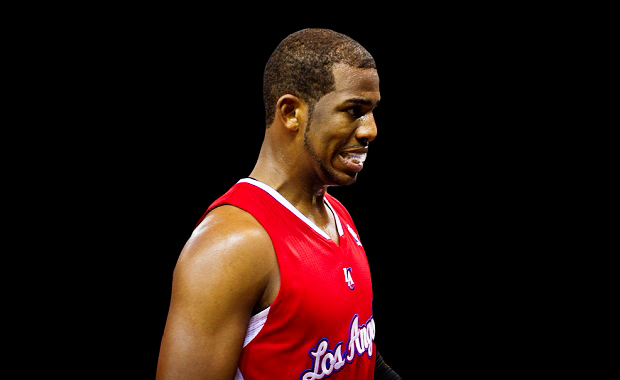 One of the most decorated American professional Basketball players is Christopher Emmanuel Paul, who is popularly known as Chris Paul. He has achieved a lot of things both for himself and for his country, including two Olympic gold medals.

Paul is also a popular and influential figure outside the court. He served the National Basketball Players Association as an executive committee member for four years. Later on, in 2013, he was elected as the president of NBPA.

As one of the richest athletes in the world, Paul has a lot of inspirational quotes to motivate the younger generations.

1. “You don’t always have to be a leader and be as vocal as I am. I’m sure some people would love it if I didn’t talk as much as I did.” – Chris Paul

2. “I always have said that the most valuable thing I have isn’t money; it’s my time.” – Chris Paul

3. “You only get a chance to live your dream once, and I’m living mine right now.” – Chris Paul

4. “I’m a little brother. I’ve always been small. People have said I have a Napoleon complex. But I’ve always had to fight for everything that I have.” – Chris Paul

5. “In everything I’ve done, I always just hate to lose more than I like to win.” – Chris Paul

6. “For me, it’s all about who you are. Some athletes may feel a responsibility. Some may not. One thing I’ve talked with my family and team about is doing more. Trying to make an impact.” – Chris Paul

7. “Family was real important in putting me on my path. I’m so blessed to come from a home with a mother and a father.” – Chris Paul

8. “No matter where you put me, I don’t care if it is North Carolina, Florida, California, New York City; I’m going to be who I am.” – Chris Paul

9. “Exercise and good nutrition helped make me what I am today and are critical in allowing me stay on top of my game.” – Chris Paul

11. “I try to penetrate the lane like Steve Nash, pass like Jason Kidd, and handle the ball like Allen Iverson. Remember, I said ‘try to’.” – Chris Paul

13. “People have said I have a Napoleon complex. But I’ve always had to fight for everything that I have.” – Chris Paul

15. “What I really try to do is take different pages out of different players books.” – Chris Paul

16. “Keep practicing. Never let someone tell you you’re too small or too slow.” – Chris Paul

18. “One of the things you learn when you go overseas is how much a lot of the countries overseas really just like to enjoy life.” – Chris Paul

19. “I’ve been fortunate to be short my entire life. There’s only one position I’ve ever had to play, and thats point guard. So I’ve always had to be that leader. And that was my job: you know, to talk.” – Chris Paul

20. “I play basketball to win a championship. That championship is everything to me. And thats what gets people to buy in to your brand – being a winner.” – Chris Paul

Top 25 Greatest Anthony Joshua Quotes That Will Inspire You