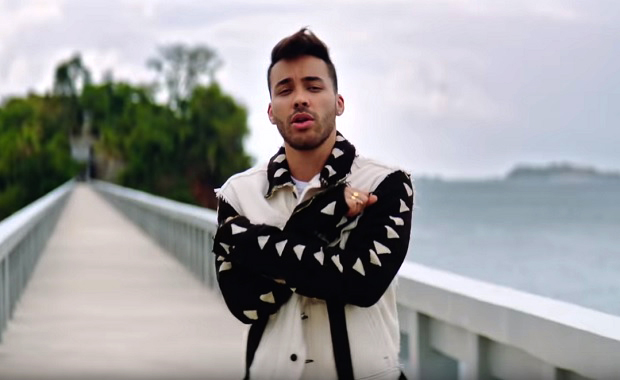 Prince Royce, whose real name is Geoffrey Royce Rojas, is a popular American songwriter and singer. Royce got involved with music at a very early age and started writing music and poetry during his early teens.

His music career took off after he met Hidalgo (his manager), who introduced him to Sergio George, who was a record producer. Sergio signed the 19-year-old Royce after hearing his demos. Royce is now a celebrated singer known all over the world.

Royce quotes reflects his undying passion for pursuing dreams and never giving up.

1. “My ultimate goal in life, with my music, is to make a movement.” – Prince Royce

2. “I do want to give out a positive message and be successful.” – Prince Royce

3. “I think that sometimes fans or supporters say “I love this artist” but they may not realize that he loves them back.” – Prince Royce

4. “When I was working at the Sprint store, I got laid off. I was bummed out, but I stayed positive. I used the money I had earned while working there to make my first album. Without that job, maybe ‘Corazon Sin Cara’ would never had been made. It’s a very inspirational story.” – Prince Royce

5. “There are two sides of me, the bachata/tropical Latin side and the English pop as well. They’re both equally important, so I’ll always make sure to keep both roots in my music.” – Prince Royce

6. “I try to always motivate young kids who want to be singers or actors or whatever it is they want to be that anything is possible with hard work. It doesn’t matter where you’re from or what language you speak – as long as you work hard, you can achieve those goals.” – Prince Royce

7. “I’m not here to try and replace anyone or compete with anyone.” – Prince Royce

8. “I think behind every great man there’s got to be a great woman, whether she’s your wife, your girlfriend or not. I’m not gonna say that there’s not that special girl out there. But I’m in the music biz, and I’m focused on the music.” – Prince Royce

9. “Fans have been very important in my career. Even though I’m just doing me and doing my thing, they’re the captains of this ship.” – Prince Royce

10. “There are a lot of things going on that’s causing a lot of these young kids to head in the wrong direction. I know a lot of kids that are cutting school. I try to give out a positive message, trying to get kids focused. If they don’t then they’re going to end up like every other hoodlum in the street.” – Prince Royce

11. “Everything in life is a risk! I mean, you walk out onto the street and it’s a risk! Don’t you think?” – Prince Royce

12. “I met people that I couldn’t talk to – they didn’t speak Spanish or English – but they knew my songs. That’s what I love, the music has gone past where I thought it would get to. That’s the power of music, how it can travel and break language barriers.” – Prince Royce