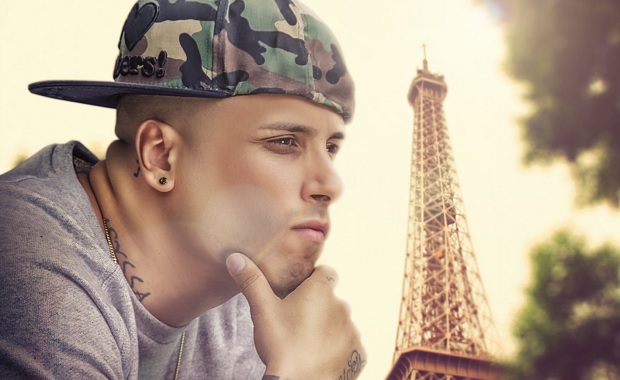 Nick Rivera Caminero, or Nicky Jamis, a well known American singer and songwriter. Rivera revealed that the name Nicky Jam was given to him by a homeless man.

Nick came from a low-income family, and he used to work at a grocery store at a very young age. While he was working there, his musical talent was discovered by a music executive, and that’s how he recorded his first album. It wasn’t a successful one, but it paved the way for him in the music industry.

Nicky Jam’s quotes pays homage to his perseverance and holding up during tough times. They will inspire you to reach your goals if you have the heart.

1. “There are people who compose from very young. That is not my case. I went discovering myself.” – Nicky Jam

2. “I love to see people’s faces change when they hear me speak English and they realize how far I have been able to go.” – Nicky Jam

4. “As individuals, we have to act independently of the politics at hand. I don’t feel an added responsibility to do anything more beyond being who I’ve always been and acting decently. I’ve always felt people are looking down on us and expecting us to fail. That’s enough of a burden, and we automatically try to act with dignity.” – Nicky Jam

5. “I try not to think about the success, because it’s pressure to continue making music.” – Nicky Jam

7. “If I write songs trying to top other songs, it’s a lot of pressure.” – Nicky Jam

8. “I’ve always wanted to work with Mana. I’ve been a fan of them since I started singing reggaeton in 1992.” – Nicky Jam

9. “If you’re making music for the U.S. Latin fan, it’s important that you sing in Spanish. Even going too bilingual can backfire.” – Nicky Jam

10. “We made history. Two Latin urban singers on the cover of Billboard is incredible. I’m proud of myself, I’m proud of J Balvin, our music, and of all Latinos.” – Nicky Jam