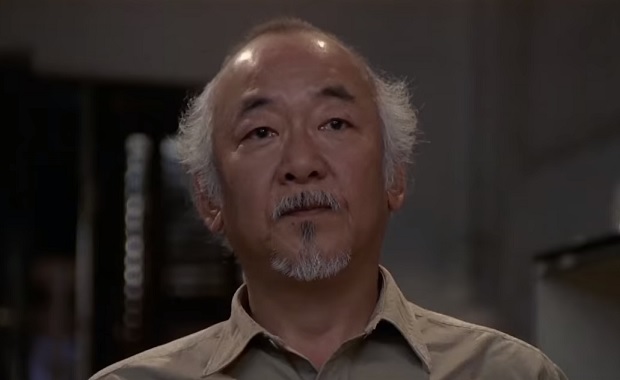 Mr. Miyagi is a famous fictional character from The Karate Kid Franchise. He is played by late Pat Morita, who is a Japanese American actor. Mr. Miyagi is the mentor of the character Daniel LaRusso in the movie, who is a bullied teen. He takes him under his wing after LaRusso is attacked by a bunch of other teenagers from the ‘Cobra Kai’ dojo. Mr. Miyagi teaches him the art of fighting while also instilling in him his wisdom. We’ve picked out some of the best Mr. Miyagi quotes from the movie.

Mr. Miyagi’s quotes are witty and, at the same time, inspiring as well. He delivers some of the best life lessons through his lines while putting his apprentice to the test and challenges. We can learn a lot from this character by carefully analyzing his quotes. His quotes will inspire and encourage you and also make you wiser. This character is one of the main reasons why the franchise was so successful.

21 Mr. Miyagi Quotes That Will Inspire You

1. “Never put passion in front of principle, even if you win, you’ll lose.” – Mr. Miyagi

3. “The answer is only important if you ask the right question.” – Mr. Miyagi

4. “Man who catch fly with chopstick, accomplish anything.” – Mr. Miyagi

8. “For man with no forgiveness in heart, living even worse punishment than death.” – Mr. Miyagi

11. “Whole life have a balance. Everything be better.” – Mr. Miyagi

20. “No such thing as bad student, only bad teacher. Teacher say, student do.” – Mr. Miyagi