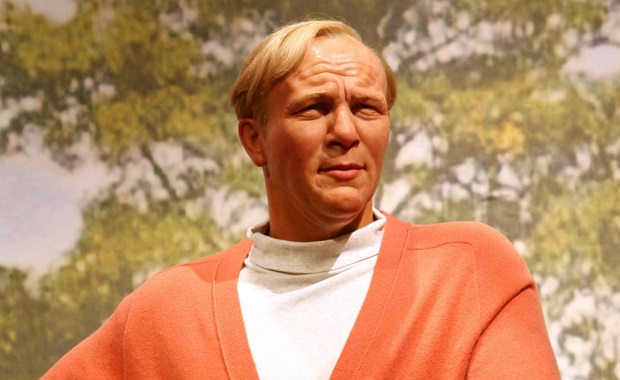 You can draw a lot of inspiration and motivation from Arnold Palmer quotes. In his words, he mostly talks about how not to give up in any situation. Even though his quotes are mainly based on a game’s perspective, you can also apply them to your daily life. It is so because life as we know it is more or less a game.

Arnold Daniel Palmer was born on September 10th, 1929. He was considered as one of the most captivating and greatest sportspeople in the history of sports. He was an American based professional golfer. In the golf arena, he was one of the most prominent players and was popularly known as “The King.”

He has written several books on golf as well. His books and quotes serve as an inspiration to many people till date.

Below are some of the best quotes by Arnold Palmer

1. “Always make a total effort, even when the odds are against you.” – Arnold Palmer

2. “The more I practice the luckier I get.” – Arnold Palmer

4. “Here is a philosophy of boldness to take advantage of every tiny opening toward victory.” – Arnold Palmer

5. “There’s no question that the galleries still like to see birdies and eagles. If you take them all away, it takes some of the dramatics, the excitement of a golf tournament and we [people] don’t want to do that.” – Arnold Palmer

6. “The most rewarding things you do in life are often the ones that look like they cannot be done.” – Arnold Palmer

7. “Putting is like wisdom – partly a natural gift and partly the accumulation of experience.” – Arnold Palmer

8. “The secret of concentration is the secret of self-discovery. You reach inside yourself to discover your personal resources, and what it takes to match them to the challenge.” – Arnold Palmer

9. “Trouble is bad to get into but fun to get out of. If you’re in trouble, eighty percent of the time there’s a way out.” – Arnold Palmer

10. “Winning isn’t everything, but wanting it is.” – Arnold Palmer

11. “Establish a system you have confidence in and rely on it when you get into tough situations.” – Arnold Palmer

13. “Success in this game depends less on strength of body than strength of mind and character.” – Arnold Palmer

14. “What do I mean by concentration? I mean focusing totally on the business at hand and commanding your body to do exactly what you want it to do.” – Arnold Palmer

15. “Concentration comes out of a combination of confidence and hunger.” – Arnold Palmer