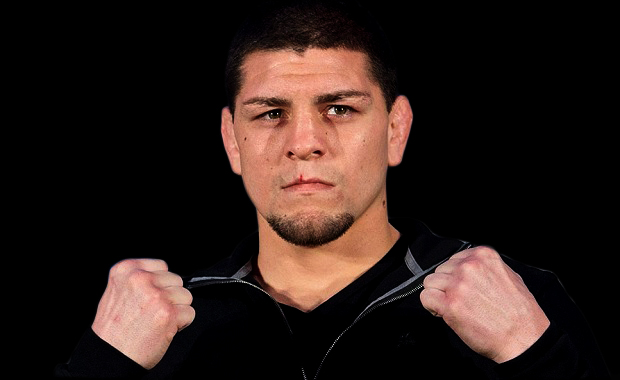 Nickolas Robert Diaz, popularly known as Nick Diaz, is a former American Mixed Martial Arts (MMA) Artist and a promoter. During his youth, he competed in the Ultimate Fighting Championship (UFC), Strikeforce, World Extreme Cage fighting, and Shooto. He is widely recognized as a pioneer of MMA.

Diaz took karate and aikido lessons when he was very young. He also learned wrestling and began participating in wrestling tournaments during his teens. His girlfriend always wanted him to pursue a career in MMA, but before he could make that happen, she committed suicide. To fulfill her Late Girlfriend’s desire, he became a devoted MMA fighter.

In the world of MMA, Diaz is known for his unique fighting style, and insulting his opponents during the fighting matches. He had a successful career both in Boxing and MMA. Diaz is currently a Jiu-Jitsu teacher in California.

Nick Diaz has written a number of quotes which you will find inspirational and heart-touching. They will inspire you live a great life and never give up on your dreams.

1. “If you’re getting paid more than me, I’m definitely more excited about this ass whoopin I’m gonna put down on you.” – Nick Diaz

3. “I may not be able to keep fighting for money… but I will always have to fight for my dignity, because that’s who I am.” – Nick Diaz

6. “I would just like to be real and be me. It’s just really hard to do walking around and everyone knows who I am.” – Nick Diaz

7. “People say that marijuana is going to hurt my career. On the contrary, my fight career is getting in the way of my marijuana smoking.” – Nick Diaz

11. “If I have a girlfriend, I don’t bring her to flaunt her. She doesn’t get to reap the benefits of me being famous.” – Nick Diaz

13. “Stockton is a great fight town because if you drive long enough on some of these roads, you’ll probably see a pretty good street fight.” – Nick Diaz

14. “I’m not trying to hate on nobody. I love everybody that works towards what I was working towards. It’s a hard game, it’s a hard life.” – Nick Diaz

16. “Fighters are afraid of conditioning, they are afraid of getting tired, but I don’t want to have anxiety or be afraid of anything. I can go 100 percent out there and never have to worry about getting tired. Everybody says fighting is 90 percent mental, and it’s true. Knowing you can go 15 minutes or 25 minutes without any problem can help you sustain that mental advantage over your opponent.” – Nick Diaz

18. “I don’t fight my friends… I don’t care how much money you put in front of me, I don’t care if you put millions and millions of dollars and you say whatever you want.” – Nick Diaz

19. “If I had someone buttering me up, maybe I’d have worked out. You don’t even know where I came from. Nobody wants to come out here.” – Nick Diaz

22. “I got nothing against the guy, except that he is kind of a piece of shit.” – Nick Diaz

25. “I will never sell you a handful of wolftickets.” – Nick Diaz