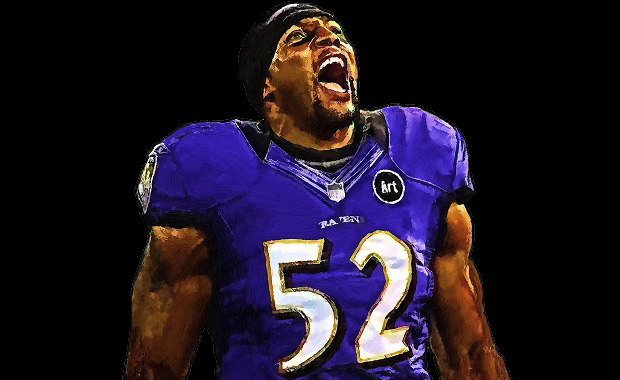 Ray Lewis is one of the greatest American football players, during his 17 year-long professional career, Ray played the middle linebacker for the Baltimore Ravens.

Lewis had a rough childhood. His father was mostly absent during his early childhood days. As a result, he had to shoulder greater responsibilities. As he grew older, he developed disgust towards his father. Eventually, he dropped his last name Jenkins and adopted his mother’s boyfriend’s last name, Lewis.

Ray Lewis is a gifted athlete. During his high school days, he displayed exceptionally great skills in the game and outstanding sportsmanship. Lewis was already an accomplished American football player before he began his professional career.

Ray Lewis quotes are some of the best you will read in your life. They are thought provoking and powerful.

2. “Every day of my life I’m trying to find a different way to get better.” – Ray Lewis

3. “You got to be willing to walk in a storm. That’s what I tell people all the time.” – Ray Lewis

5. “Bottom line, your body is a temple, and you have to treat it that way. That’s how God designed it.” – Ray Lewis

6. “Wins and losses come a dime a dozen. But effort? Nobody can judge that. Because effort is between you and you.” – Ray Lewis

9. “You have to be careful of people who like to talk a big game but can’t back it up.” – Ray Lewis

11. “There’s one secret to hitting hard, and that is to completely dedicate your body. That’s the difference between a man going forward and a man going backward, no matter how big he is.” – Ray Lewis

12. “The greatest opportunity in the world is found here today… We already know what yesterday has got for us. It’s already gone. Tomorrow, too far away. What about right now!” – Ray Lewis

13. “Before I lead any other man into anything I’m willing to take the hard falls myself but also come back and share the pains that came from it.” – Ray Lewis

14. “The day you think you can beat me, show me. Then move on to the next challenge.” – Ray Lewis

17. “The only way to defeat pain is to recognize pain exists.” – Ray Lewis

18. “Some people take certain things and they try to forget what that pain felt like. I don’t. I take that same pain and I chase it every time I walk in a weight room.” – Ray Lewis

19. “I figured something out. And it is no secret what I figured out. Whatever the majority of people were doing, I found myself doing the opposite. I wanted to chase something great.” – Ray Lewis

20. “When something goes wrong, smile, cause there’s always a next play.” – Ray Lewis

21. “The hardest thing to do is work hard when no one is watching.” – Ray Lewis

25. “Do whatever you got to do to make sure you chase your legacy every second of your life.” – Ray Lewis

27. “What makes you grind? You have to always be chasing something.” – Ray Lewis

29. “You take five fingers. Individually, I can pin any one of them, but if I pin them together (makes a fist), it’s damn near impossible to turn this around.” – Ray Lewis

30. “Greatness is a lot of small things done well, stacked up on each other. Day after day. Workout after workout.” – Ray Lewis

31. “You gotta be hungry for it. You’ve got to put everything you got on it. EVERYTHING! Every second. You have to be the first one in line. That’s how leaders are born.” – Ray Lewis

33. “If tomorrow wasn’t promised, what would you give for today?” – Ray Lewis