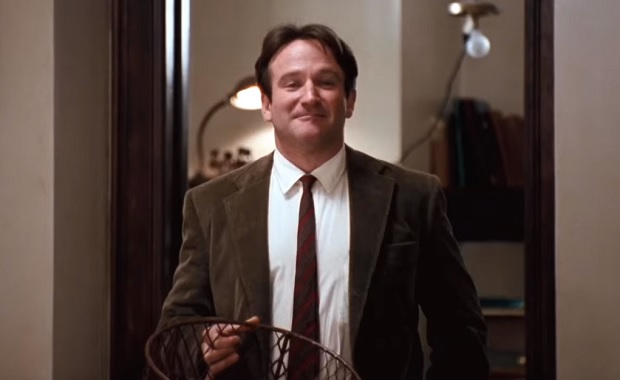 We all love inspirational movies. They make us laugh, they make us cry, and they make us cheer. We love to root for the underdog tramping in the face of adversity, or a human propaganda film that really gets under the skin, and gives that surge of feeling that always brings us back for more. Inspirational movies are the perfect pick-me-up for students struggling to keep a grip on their life/study balance, and who might be facing motivation issues. The brilliant TV series might be remembered more fondly and more definitively, but the movie that inspired it is just as excellent. Based on the 1988 book, it’s a tightly condensed version of the TV show following the Panthers football team as they try to reach the state finals while dealing with bullying, racism, and parental pressures. Kevin Costner struck Hollywood gold when he made this fantasy baseball drama, which focuses as much on the ghosts of the past as it does on the present. Costner plays ‘Ray’ a local farmer who we quickly discover had a troubled relationship with his dad. One night in a cornfield Ray hears a voice whispering, “Build it and he will come.” The rest of the movie is motivational cinema at its very best. Since its original release, Billy Elliot has taken on a life of its own, both on screen and on stage. It is a political movie with heart and fire as one boy’s dream drags him out of the violent shell of his wretched, working-class existence. Billy finds his true identity in a ballet class run by Mrs. Wilkinson, (played by the brilliant Julie Walters). Sure, it all sounds terribly cliché, but the movie is so well made its message still sings to this day. Is t’easy to dismiss this American epic as a sickly sweet by-the-numbers fictional romance, but director Robert Zemeckis’ movie is perfectly crafted and is both emotional and inspirational. Gump leads an extraordinary life, which takes in running, football, JFK, running, the Vietnam War, the Watergate scandal, and more running. But these are all just chapters to frame the actual story; his love for a girl called Jenny. When Steven Spielberg took on the 1982 Booker Prize-winning book, many thought this was one movie too far even for him. You can just imagine wrong people were. The story of Oscar Shindler is now, thanks to this film, a universal one. It’s the story about one man’s stand against a seemingly unending tide of tyranny and human tragedy. Expertly crafted, Shindler’s List is a must-see historical and emotional tour-de-force. Gregory Peck, an actor who represented the American Dream and who in Atticus Finch showed us a man who would fight injustice with dignity, strength, and most of all, politeness. Based on the Harper Lee book, the movie is a stunning, inspirational work; the story of a young Afro-American accused of raping and beating a young white girl is a critical watershed moment in cinema history. The film deals with race, childhood, and more. One of the most emotional movies about education and the right of young people to have a say in their own lives that you are ever likely to see. The story focuses on a young group of prep school pupils as they meet their new English teacher, John Keating (Robin Williams). This is one movie that will make you cry and stand up and take on the world and inspires just as much as it hurts. We have several sports movies on this list, but with Rocky, we have one of the most inspirational underdog stories. The fact that this low budget film still resonates as strongly as it does today, over 40-years after its initial release, speaks volumes. Small-time boxer and loan shark enforcer Rocky has a heart of gold but who has never had any breaks in life. In fact, we see him regularly beaten down. Yet he still wakes every morning with the hope of wooing shy pet shop worker, Adrian. Rocky is someone we can honestly root for and maybe, just maybe see a little bit of ourselves in the no-hoper pugilist. The much-loved Shawshank Redemption is the archetypical endurance in the face of adversity movie. It’s about hopes and dreams even in the worst circumstances, and the resilience and defiance when faced with the irresistible appeal of giving up. Andy Dufresne is a man wrongly accused of murder that finds his strength by having everything taken away from him.

The story resonates precisely because of the injustice he endures, and the film expertly layers on the sense of despair when Andy’s student is murdered to cover up information that would free him. Shawshank is a heartwarming yet hard classic about friendship and an excellent metaphor for dealing with life. Maybe the fact that the longevity of this movie has transcended the decade it was made, but it’s still considered a festive classic that can make little children and grown adults cry and laugh, and shows that sometimes, latency is no bad thing. The movie is remembered mainly as a heartwarming experience but is actually about endurance, misery, and the reasons we all accept misery, whether it’s for the sake of our family, love, or community. It’s not like the hapless hero’s life really changes by the end, but his mentality does. A movie with a message as pure as the driven snow: grin, bear it and see beauty in all of life.

How to Stay Motivated to Lose Weight: 8 Powerful Tips