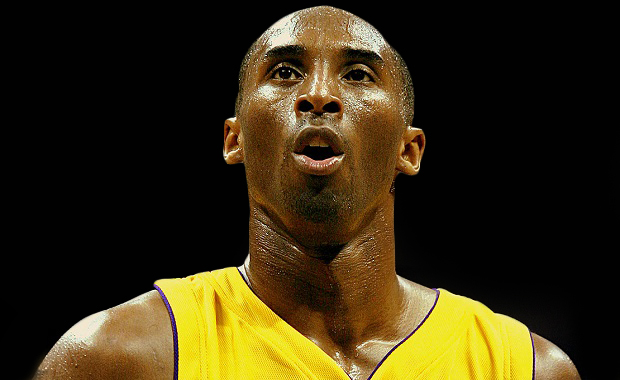 Kobe Bryant was born on August 23rd, 1978 in Philadelphia, Pennsylvania, but he spent much of his childhood growing up in Italy, where his father played basketball. Bryant returned to the US in 1991 where he was soon considered to be the top high school player in the country. He declared himself eligible for the NBA draft straight out of school and as history would have it, he was picked 13th overall. At the time he was the youngest player ever to play in an NBA game.

Bryant was a lethal scorer who twice led the league with most baskets and once even scored 81 points in a single game. Bryant helped the LA Lakers win the NBA championships three years in a row– from 2000 to 2002. A fifteen-time All-Star and twelve times All-Defensive Player, 3 times scoring champ and League MVP, Bryant would go on to win 2 Olympic gold medals for the US.

1. “Winning takes precedence over all. There’s no gray area. No almosts.” – Kobe Bryant

2. “Everything negative – pressure, challenges – is all an opportunity for me to rise.” – Kobe Bryant

3. “The most important thing is to try and inspire people so that they can be great in whatever they want to do.” – Kobe Bryant

4. “If you’re afraid to fail, then you’re probably going to fail.” – Kobe Bryant

5. “I’m reflective only in the sense that I learn to move forward. I reflect with a purpose.” – Kobe Bryant

6. “Everyone looks at your watch and it represents who you are, your values and your personal style.” – Kobe Bryant

7. “The important thing is that your teammates have to know you’re pulling for them and you really want them to be successful.” – Kobe Bryant

9. “People just don’t understand how obsessed I am with winning.” – Kobe Bryant

12. “Sports are such a great teacher. I think of everything they’ve taught me: camaraderie, humility, how to resolve differences.” – Kobe Bryant

16. “I focus on one thing and one thing only – that’s trying to win as many championships as I can.” – Kobe Bryant

17. “One thing you gotta know about me is I have absolutely no filter. I have no problem saying what the hell I think of someone.” – Kobe Bryant

18. “Twitter is great to connect with fans and be transparent. I enjoy that aspect about it. But really, I’m still trying to figure it out.” – Kobe Bryant

19. “I’ll do whatever it takes to win games, whether it’s sitting on a bench waving a towel, handing a cup of water to a teammate, or hitting the game-winning shot.” – Kobe Bryant

15 Nate Diaz Quotes that Will Motivate You to Greatness