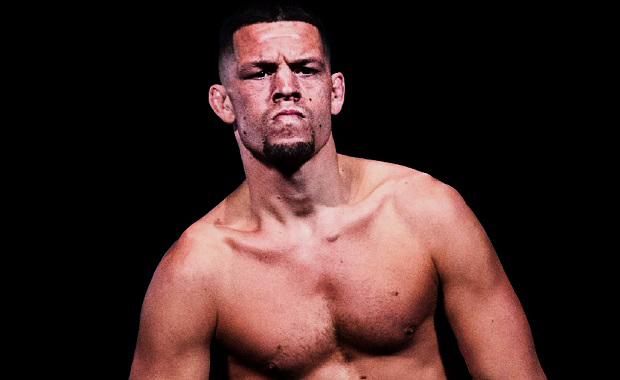 Nate had an unsettled childhood. He had to change school 10 times because of his ‘clowning around in class’; initially he showed no interest in learning to fight. That changed when his brother took him for his first training session. And as fate would have it Nate won his first MMA bout when he was 19-years-old.

Currently tied with Joe Lauzon for the most Ultimate Fighting Challenge award points (15), Nate Diaz is ranked #8 in the official UFC lightweight category, as of June 2017. Today, Nate and Nick run a Brazilian jiu-jitsu school in Lodi, California. If data is to be believed Nate’s net worth is estimated at over $10 million.

Here are 15 Nate Diaz Quotes that will Motivate you to Greatness:

4. “Money talks. I want the biggest fight. Whoever I’ve got to fight – the biggest show, biggest payday – that’s what I want.” – Nate Diaz

5. “I need a vacation anyway. They fight me too much. I’m not going to be the one to back out of these fights.” – Nate Diaz

6. “I think it’s good to surround yourself with people you care about and that care about you, and you all trust each other, and then you don’t have to worry about problems and shitty stuff happening.” – Nate Diaz

7. “I win by submissions, knockouts. There’s guys ranked above me, but no one’s interested in seeing them fight. They want to see me fight.” – Nate Diaz

9. “I can always do five, five-minute rounds, any day, even if I was drinking yesterday or doing whatever. I’m a seasoned athlete, an endurance athlete, and I’m always working out.” – Nate Diaz

10. “Not too hard for me to stay motivated when I’m in sport where everyone’s trying to knock me out.” – Nate Diaz

11. “You know when I fight, I’m going to sell out the show. Everyone wants to see someone get knocked out or tapped out.” – Nate Diaz

12. “If you don’t find time to meditate and get all that negative out, and if you don’t have the right people being positive around you, this is a very scary job to have if you don’t learn how to control your fear.” – Nate Diaz

14. “Whoever has lost a fight in the UFC and hasn’t wanted to fight that guy the next day shouldn’t be in the sport.” – Nate Diaz

27 Powerful Tai Lopez Quotes That Will Inspire You