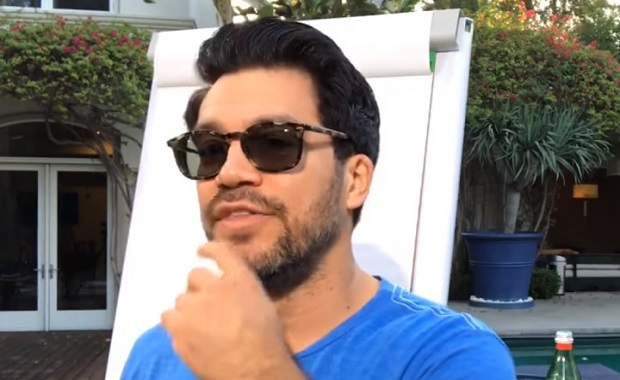 Investor, partner, and advisor to over 20 of the world’s most powerful companies, Tai Lopez gives regular advice on how to achieve success in business, life, and love to around 1.4 million people in 40 countries across the globe.

Lopez began his entrepreneurial journey by selling tomatoes for his mother when he was just six-years-old. He has now become his own, personal brand and his YouTube video, ‘Here In My Garage’ went viral with more than 67 million hits.

It hasn’t all been plain sailing for Lopez, though.

His style of self-help teaching advocates an abundance of book knowledge, and perhaps it was this that turned many YouTube users against him. For a while, he was the face the Internet loved to hate. But Lopez isn’t someone who gives up easily.

The targeted marketing of his popular self-help program ’67 Steps’ and other materials has earned him a net worth of about 20 million dollars in just over two years—a feat hard to match even for the bestselling authors.

Here are 27 Powerful Tai Lopez Quotes That Will Inspire You:

1. “You can get most things you want in life. It’s just that most goals will take one or two years longer than expected. Be patient.” – Tai Lopez

2. “The tough truth about life is that some things just take time. Most people aren’t strong enough to deal with that fact.” – Tai Lopez

3. “You can run from your problems but not from the flaws in your thinking. Always start by fixing your brain. Train it to remove logical fallacies.” – Tai Lopez

4. “To create real wealth, make someone else wealthy first. This is the law of the mentor/apprentice.” – Tai Lopez

5. “Everything wrong in your life is just a sign. A signal to change. Be humble enough to bow your knee and listen and act.” – Tai Lopez

6. “Your brain finds happiness in mastering skills. It’s been that way since you were little. So don’t stop mastering life as you get older.” – Tai Lopez

7. “People think I’m joking when I say that whoever experiments the most in life wins. But I’m not.” – Tai Lopez

8. “Never sacrifice physical health in the pursuit of money. That’s a given. Figure out a strategy to raise both simultaneously. It’s tricky.” – Tai Lopez

9. “You can get most things you want in life. It’s just that most goals will take one or two years longer than expected. Be patient.” – Tai Lopez

10. “Obsessed is a word used often by the lazy, in order to describe the dedicated.” – Tai Lopez

11. “As you rise, the number of critics will also rise. Humans seek out negativity. It’s a cognitive bias of their brains. Stay focused and proceed.” – Tai Lopez

14. “Make a list of the people you admire and what makes them amazing. Then go out and become those things yourself.” – Tai Lopez

15. “Be careful about discouraging people’s dreams. They might just pull them off.” – Tai Lopez

16. “So many cool opportunities in the world… so few people prepared to take them and reap the rewards. Prepare yourself.” – Tai Lopez

18. “So many people are in the gym working on their 6 pack but they forget the 6 pack for their brain.”– Tai Lopez

19. “Whenever I feel like whining, I remind myself “Wake up Tai, this world doesn’t owe you anything.” – Tai Lopez

21. “If you want to motivate people, you have to be motivated. It’s contagious.” – Tai Lopez

22. “The current education system forgot, you have to inspire kids. You can’t just lecture them.” – Tai Lopez

23. “KSE: remember, after Knowledge you must Strategize and Execute.” – Tai Lopez

24. “If I could have one super power, without a doubt, it would be the ability to stay cool under intense pressure. What could be more important?” – Tai Lopez

27. “The day you figure out your career destiny is the day your true financial freedom begins.” – Tai Lopez

15 Nate Diaz Quotes that Will Motivate You to Greatness