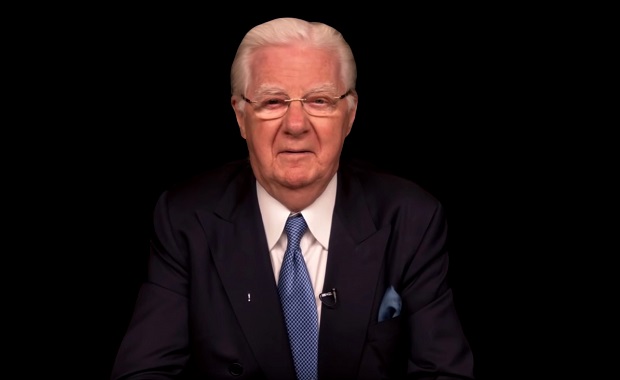 Bob Proctor is an icon that has worked for many years helping people to learn their self-worth. He has written various different books in helping people to become prosperous within their personal lives. In these he covers different aspects which aid in a variety of different real-life situations that people experience.

Because of his work and way with words people have grown to respect him for his intelligence. His wise quotes are also known for giving people a sense of security, self-worth meaning in life. What a true gift to be able to help people from all over the world prosper in their lives.

Here are 40 Most Inspiring Bob Proctor Quotes on Success

1. “You can only attract to you, that which vibrates in harmony with you!
If you want to attract better things into your life, change the vibration you are putting out.” – Bob Proctor

3. “Choose a little thing to do in a great way everyday” – Bob Proctor

5. “When fear enters, logic leaves, it allows doubt to flood the mind and overcome what you’ve been so sure about. Don’t let fear shut you down and become your excuse to give up.” – Bob Proctor

6. “The difference between dreams and reality is discipline. A superior performer can give themselves a command and then follow it” – Bob Proctor

7. “Regardless of what has happened in the past, your future is a blank canvas. It’s waiting for you to pick up a brush and create a magnificent masterpiece that is your life.” – Bob Proctor

8. “Doubt and worry freezes people. Don’t sit wondering if you can do something, go and do it! Doubt of any kind can be ended with action!” – Bob Proctor

9. “Successful decision makers are not afraid of making mistakes – they know it is more important to keep moving forward than to stay stuck in indecision.” – Bob Proctor

11. “Don’t worry about failing, because you’re going to fail… probably quite often. Failing is an important part of learning. Many of the greatest lessons you’ll receive in life are going to come from your failures.” – Bob Proctor

12. “Committed decisions show up in two places—your calendar and your checkbook. No matter what you say you value, or even think your priorities are, you have only to look at last year’s calendar and checkbook to see the decisions you have made about what you truly value.” – Bob Proctor

13. “So much of your happiness depends on how we choose to look at the world.” – Bob Proctor

14. “It’s the little things you do that can make a big difference. What are you attempting to accomplish? What little thing can you do today that will make you more effective? You are probably only one step away from greatness.” – Bob Proctor

15. “Successful people do not consider bad decisions to be a waste of time, money or energy, but rather an important learning experience.” – Bob Proctor

16. “We are where we are because we are not aware of how to do it better.” – Bob Proctor

18. “Nothing is neither good nor bad – our thinking makes it so. IT JUST IS!” – Bob Proctor

21. “There’s no inspiration in going for something you can do. Aim higher.” – Bob Proctor

22. “Thoughts become things. If you see it in your mind, you will hold it in your hand.” – Bob Proctor

23. “There’s something so magnificent about you. Love and respect yourself. And as you love yourself, you’ll automatically love others.” – Bob Proctor

24. “The ruling mental state is everything. Our inner faculties are where it’s really happening. Not outside of us. What you think produces your life.” – Bob Proctor

25. “Play songs and words that will train your mind to think more positive. The subconscious mind looks at whatever you give it to look at.” – Bob Proctor

26. “Your perception is your reality.” – Bob Proctor

29. “No amount of reading or memorizing will make you successful in life. It is the understanding and application of wise thought which counts.” – Bob Proctor

30. “It doesn’t matter where you are, you are nowhere compared to where you can go.” – Bob Proctor

32. “Everything you are seeking is seeking you. Therefore, everything you want is already yours. So you don’t have to get anything. It is simply a matter of becoming more aware of what you already possess.” – Bob Proctor

33. “We all have the ability to design our own lives.” – Bob Proctor

34. “Your purpose explains what you are doing with your life. Your vision explains how you are living your purpose. Your goals enable you to realize your vision.” – Bob Proctor

35. “Pay attention there is opportunity in every new day.” – Bob Proctor

36. “Discipline is giving yourself a command and following it up with action.” – Bob Proctor

37. “Everything has been created twice once on a mental plain and once on a physical plain.” – Bob Proctor

38. “You’re going to find the people that make it work never quit, quitting is not an option.” – Bob Proctor

40. “The only limits in our life are those we impose on ourselves.” – Bob Proctor