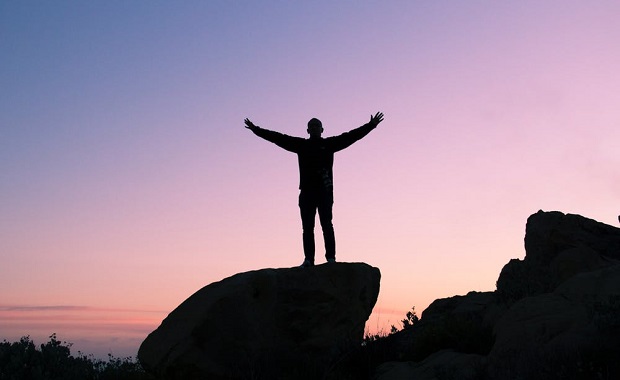 If you’re like most people, then you probably have a desire to have a great and successful life. The thing is if you’re determined, then simply having the desire is not going to cut it. If you’re not willing to settle on hopes and dreams, the only thing you can do from there is find a way to achieve greatness in your life.

It’s all too common that people become hopelessly comfortable with the idea that true satisfaction in life is out of reach. You should undermine our potential as humans. Don’t allow yourself (or anyone else for that matter) to rain on your parade.

In this life, your most important motivator is yourself. Regardless of where you come from and what you’ve experienced in life, this will always be the case. With that being said, these 5 important tips are going to provide you with some guidance. Keep reading on to learn about some of the most powerful tips to achieve greatness in your life.

When you make the decision to strive for greatness in your life, it can’t be done halfheartedly. With anything you want to achieve in life, it takes hard work and dedication to get where you want. That means you need to be thinking about greatness at all times. Every decision and move you make should help bring you closer to that greatness.

Putting all your focus and efforts towards greatness may sound obsessive, and it is for a good reason. Like mentioned earlier, most people want to achieve greatness in life. Those who are obsessed with achieving greatness actually go out and get it done.

To give you an example, take a look at Grant Cardone. He seems so obsessed with money and success that the average person would think he’s completely nuts. But that’s exactly what sets him apart from the average person. Gary Vaynerchuk is another one of those guys. He’s constantly trying to make new moves and keep business going.

Don’t become discouraged if the people around you, such as friends and family, start to treat you differently for your dedication and obsession to achieve greatness. They simply don’t share your vision, and that’s fine. Brush them off and, most importantly, don’t lose focus.

Developing an unbreakable mentality involves getting rid of all of those thoughts that give you a sense of limitation. These kinds of thoughts are what make people settle for the idea that they can’t achieve greatness. It’s fair to say that if your head is filled with limiting thoughts, then achieving greatness isn’t going to come by easy.

Here’s a breakdown on how to develop your turnaround statement from a limiting thought:

Let’s take this limiting belief and turn it into a turnaround statement:

Turnaround Statement – “I am smart enough to achieve greatness in my life, and I will.”

3. Take Full Responsibility for What Happens in Life

There are people who spend all day making excuses for why things aren’t the way they want it to be. Some people make excuses only sometimes. But the most successful people tend to be those who take full responsibility for what happens in life.

Let’s face it, the real reason life is the way it is right now is because of your own decisions. When you take full responsibility for what happens in your life, you are then in full control. In fact, you’ve been in control the entire time!

There is no doubt that there are mishaps that happen in life, but it is your responsibility to handle the problems that are thrown in your direction. Time and energy spent on blaming an external factor in life could be spent on figuring out how to reach your desired goal regardless of what happens.

So the next time things don’t turn out the way they planned, evaluate the situation and take life by the wheel instead of allowing it to hinder the quality of your life. You’ll be surprised at how much better life gets when you blame it all on yourself.

4. Decide What Achieving Greatness Means to You, then Create Your List of Goals

Of course, you’re going to want to be realistic and honest with what you want to do in life. Let’s say you want to travel the world and create a successful YouTube vlog. Once you’ve determined this is feasible, create a list of goals that will help you reach the greatness you are after. In this case, your list will probably look something like this:

Think of this list as something you will be continuously adding to as time goes on. Sometimes there are slight changes to the game-plan, but not necessarily the end goal. As you put in your focus and efforts towards your idea of greatness, it’s only natural for new ideas and plans to come up.

5. Always Believe in Yourself and Your Ability to Achieve Greatness

No matter what happens, it’s essential that you always believe in yourself and what you are doing. Never lose faith. Having a constant belief in yourself and your ability to achieve greatness is going to be a big part in your journey. It sounds simple, but you will be challenged when situations inevitably get tough.

Does Success in Life Means Having Money?