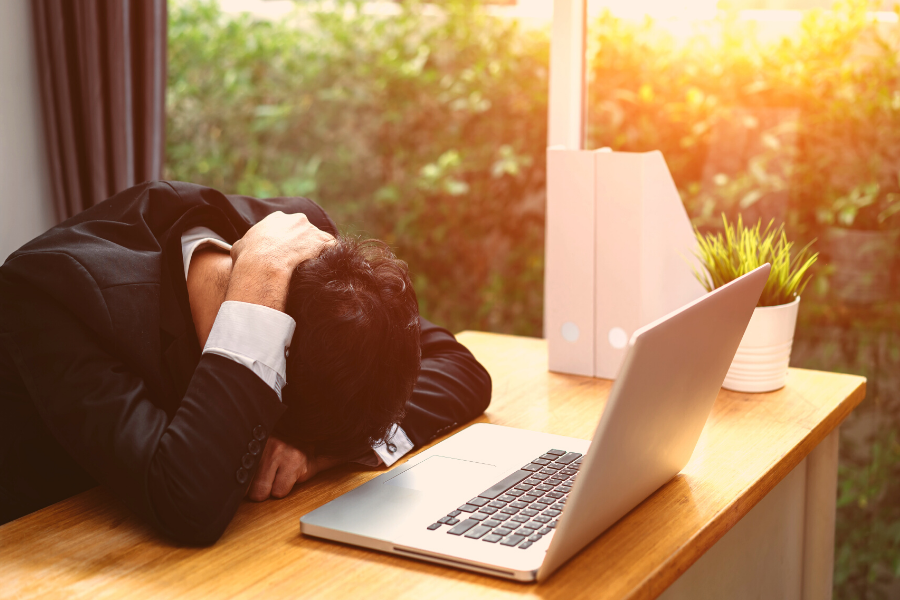 There are times when we feel overwhelmed with life and stumble along the way. Failure is an inevitable thing for everyone; no one is immune to it. However, the key here is that once we fall, we get back up, reassess, and take flight once again. Failure is not the end, it’s just the beginning. We’ve compiled the best motivational quotes to inspire you to forge your path once again. 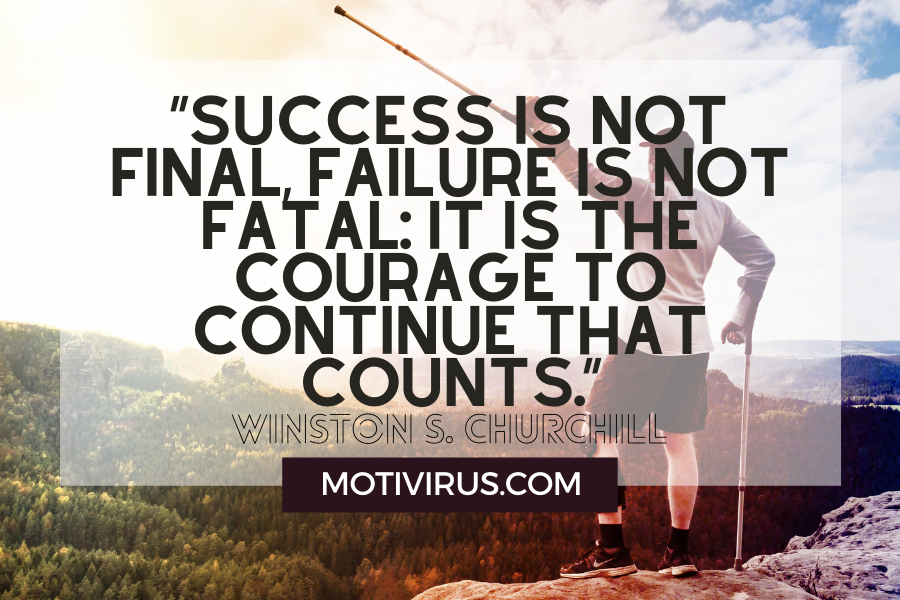 “Success is not final, failure is not fatal: it is the courage to continue that counts.”
― Winston S. Churchill 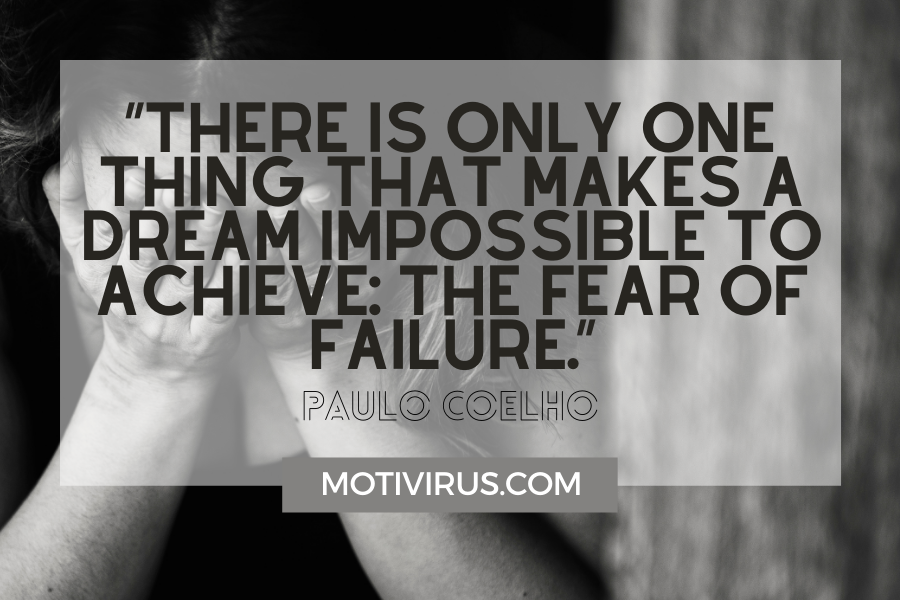 “There is only one thing that makes a dream impossible to achieve: the fear of failure.”
― Paulo Coelho

“I can’t give you a sure-fire formula for success, but I can give you a formula for failure: try to please everybody all the time.”
― Herbert Bayard Swope

“You must make a decision that you are going to move on. It wont happen automatically. You will have to rise up and say, ‘I don’t care how hard this is, I don’t care how disappointed I am, I’m not going to let this get the best of me. I’m moving on with my life.”
― Joel Osteen 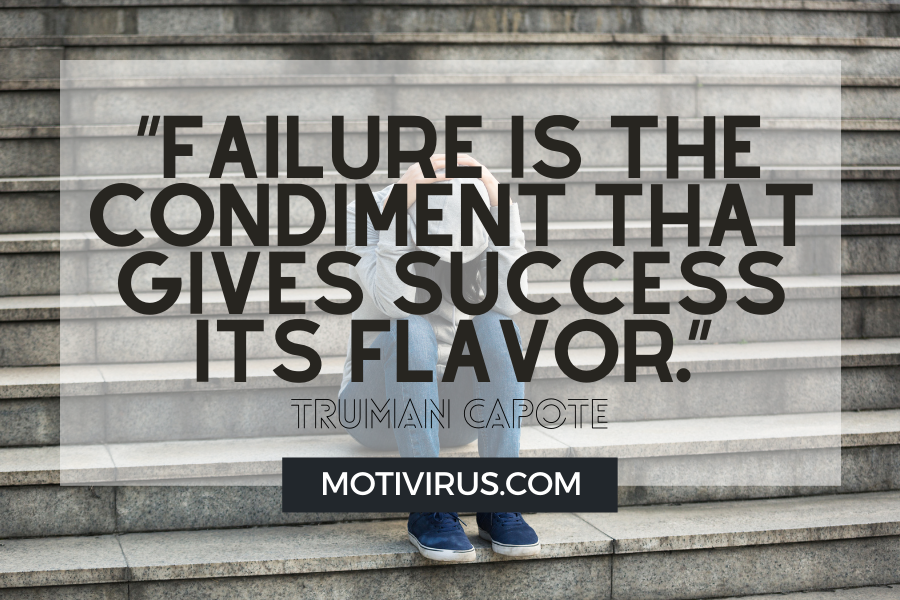 “Failure is the condiment that gives success its flavor.”
― Truman Capote

“Have no fear of perfection – you’ll never reach it.”
― Salvador Dali

“Success is stumbling from failure to failure with no loss of enthusiasm.”
― Winston S. Churchill

“Don’t spend time beating on a wall, hoping to transform it into a door. ”
― Coco Chanel

“You may encounter many defeats, but you must not be defeated. In fact, it may be necessary to encounter the defeats, so you can know who you are, what you can rise from, how you can still come out of it.”
― Maya Angelou 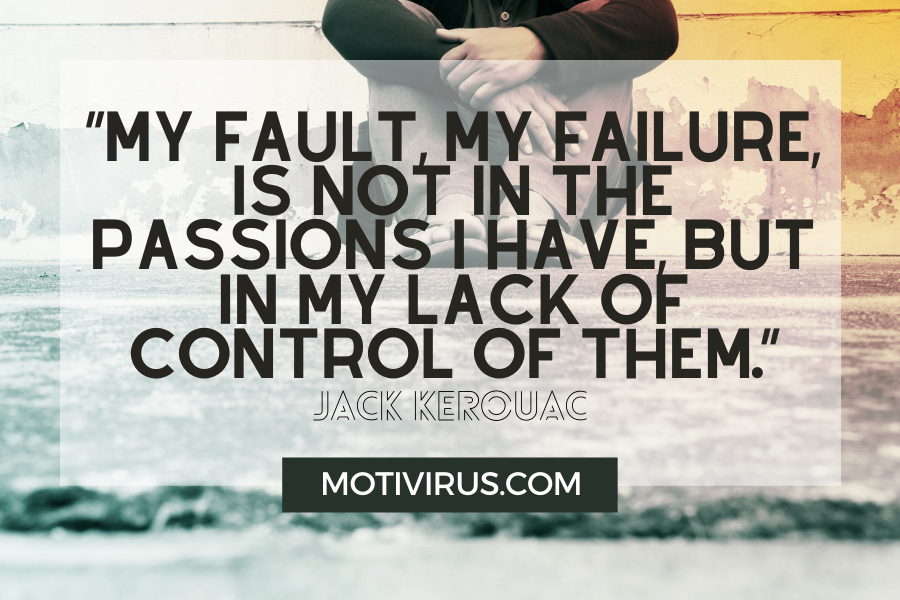 “My fault, my failure, is not in the passions I have, but in my lack of control of them.”
― Jack Kerouac

“It is hard to fail, but it is worse never to have tried to succeed.”
― Theodore Roosevelt

“All of old. Nothing else ever. Ever tried. Ever failed. No matter. Try again. Fail again. Fail better.”
― Samuel Beckett

“A thinker sees his own actions as experiments and questions–as attempts to find out something. Success and failure are for him answers above all.”
― Friedrich Nietzsche 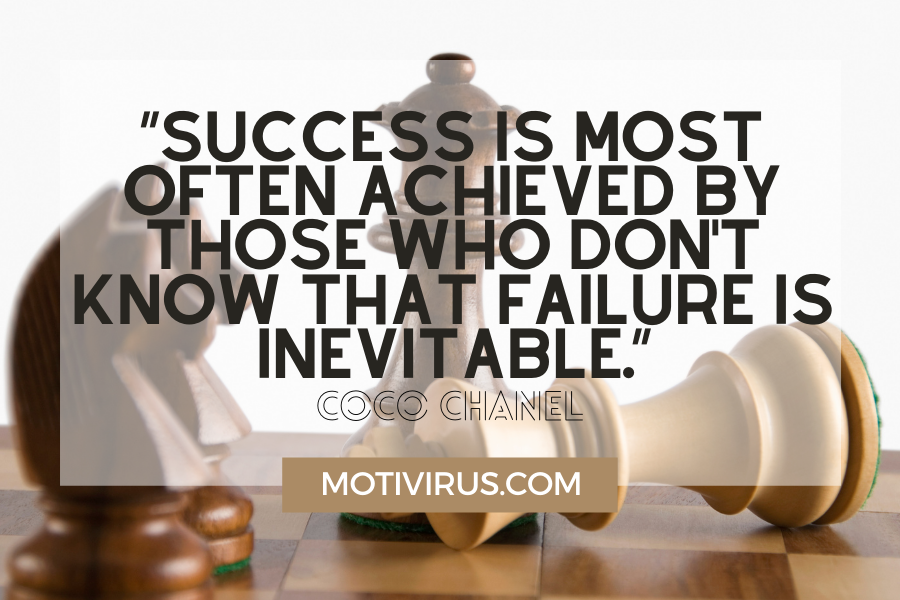 “Success is most often achieved by those who don’t know that failure is inevitable.”
― Coco Chanel 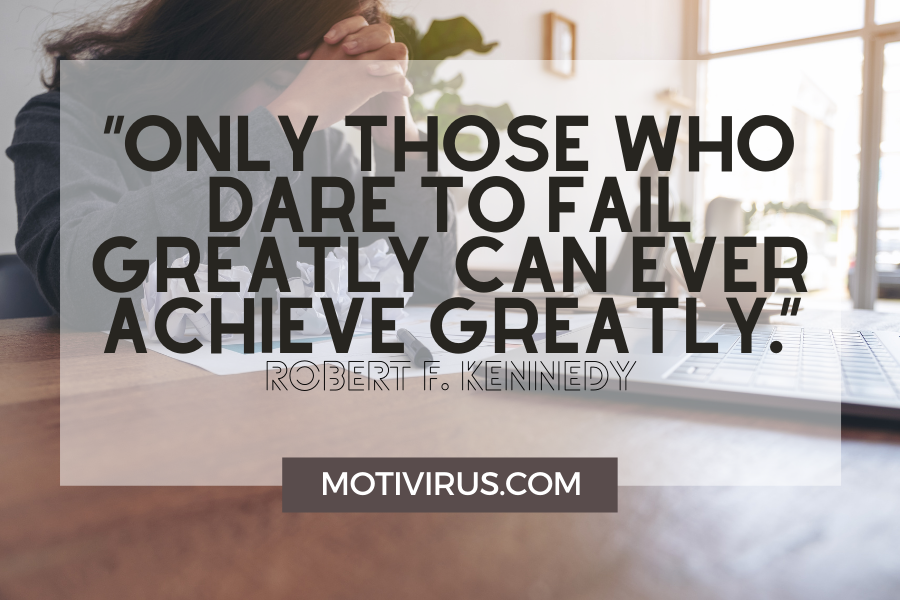 “Only those who dare to fail greatly can ever achieve greatly.”
― Robert F. Kennedy 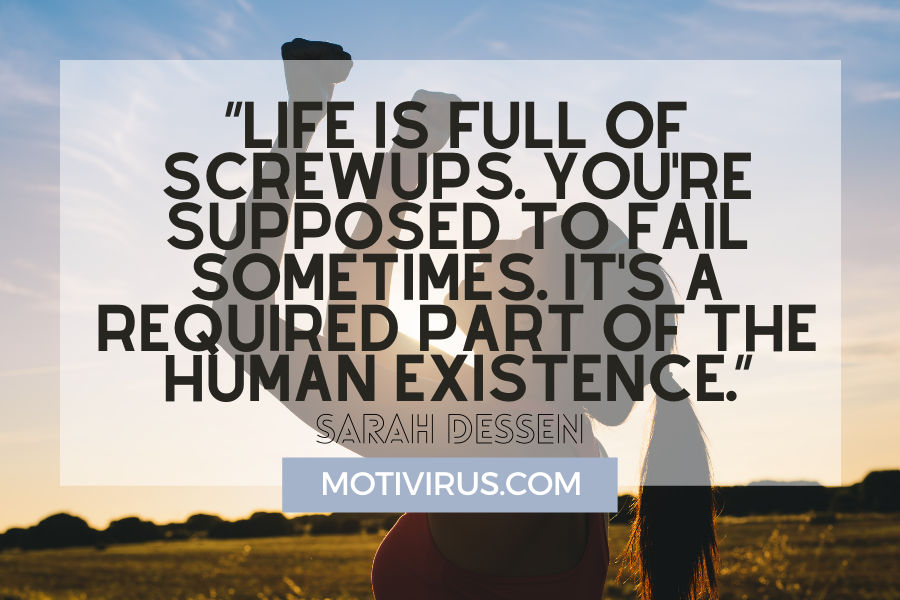 “Life is full of screwups. You’re supposed to fail sometimes. It’s a required part of the human existence.”
― Sarah Dessen

“I make mistakes like the next man. In fact, being–forgive me–rather cleverer than most men, my mistakes tend to be correspondingly huger.”
― J.K. Rowling

“I’m done with those; regrets are an excuse for people who have failed.”
― Ned Vizzini

“All men make mistakes, but a good man yields when he knows his course is wrong, and repairs the evil. The only crime is pride.”
― Sophocles 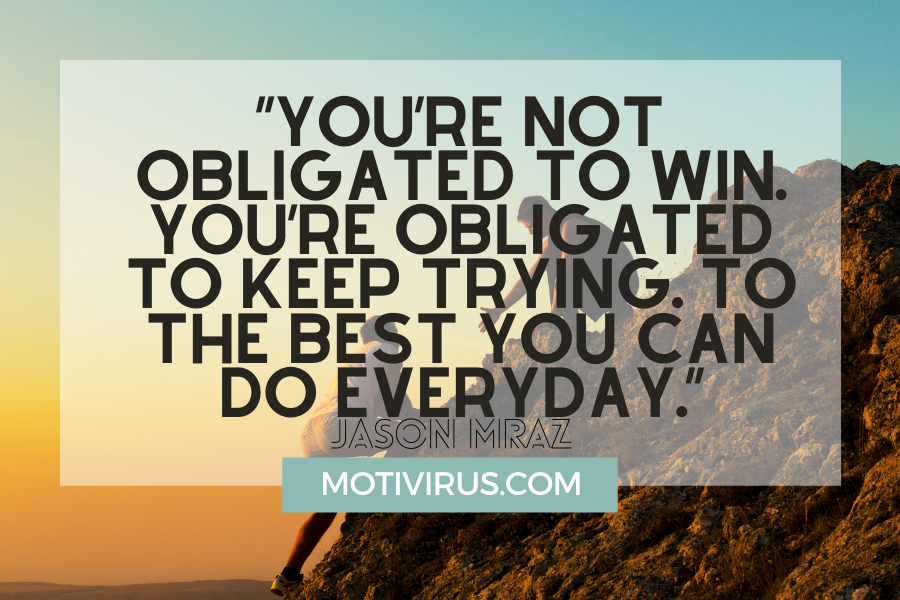 “You’re not obligated to win. You’re obligated to keep trying. To the best you can do everyday.”
― Jason Mraz

“If you’re not prepared to be wrong, you’ll never come up with anything original.”
― Ken Robinson 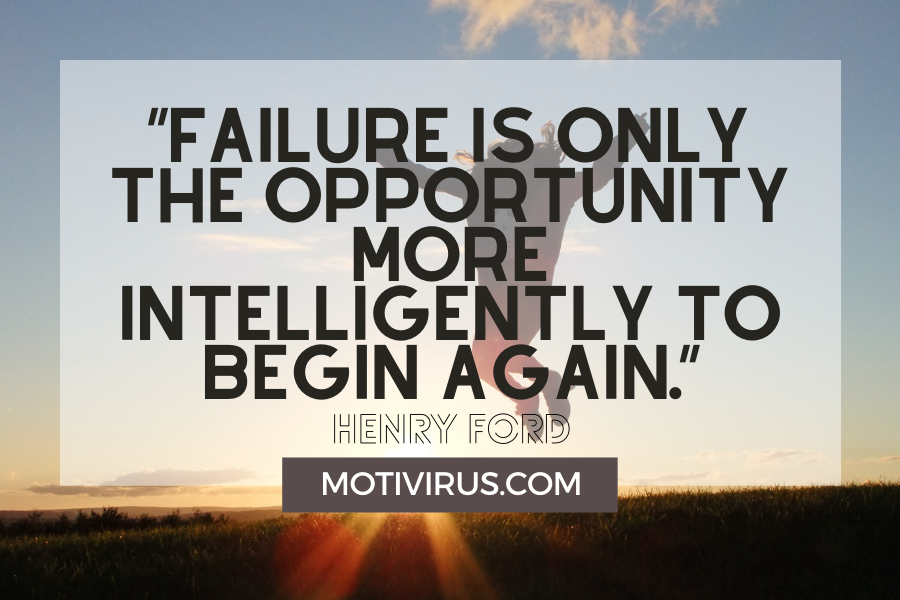 “Failure is only the opportunity more intelligently to begin again.”
― Henry Ford

“Science, my lad, is made up of mistakes, but they are mistakes which it is useful to make, because they lead little by little to the truth.”
― Jules Verne 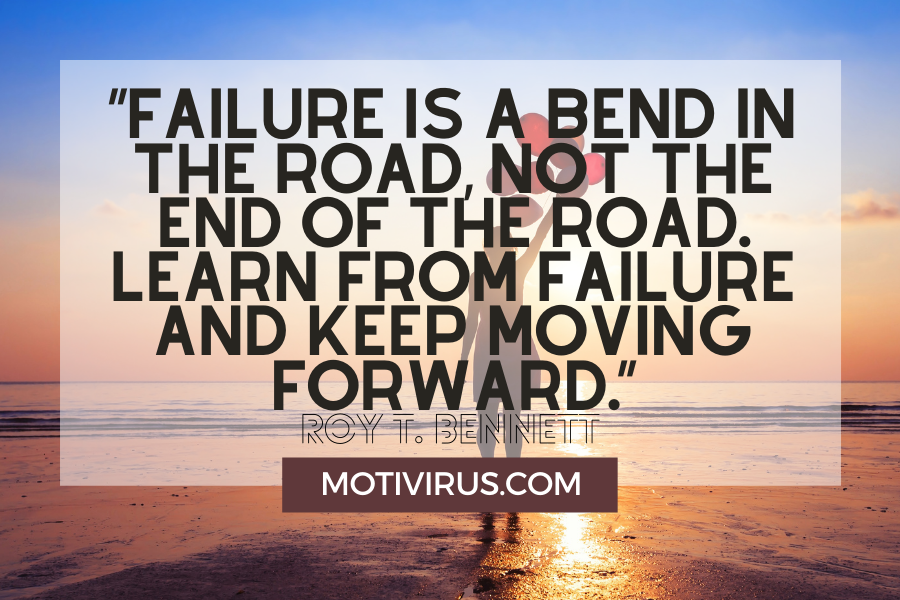 “Failure is a bend in the road, not the end of the road. Learn from failure and keep moving forward.”
― Roy T. Bennett

“Winners are not afraid of losing. But losers are. Failure is part of the process of success. People who avoid failure also avoid success.”
― Robert T. Kiyosaki 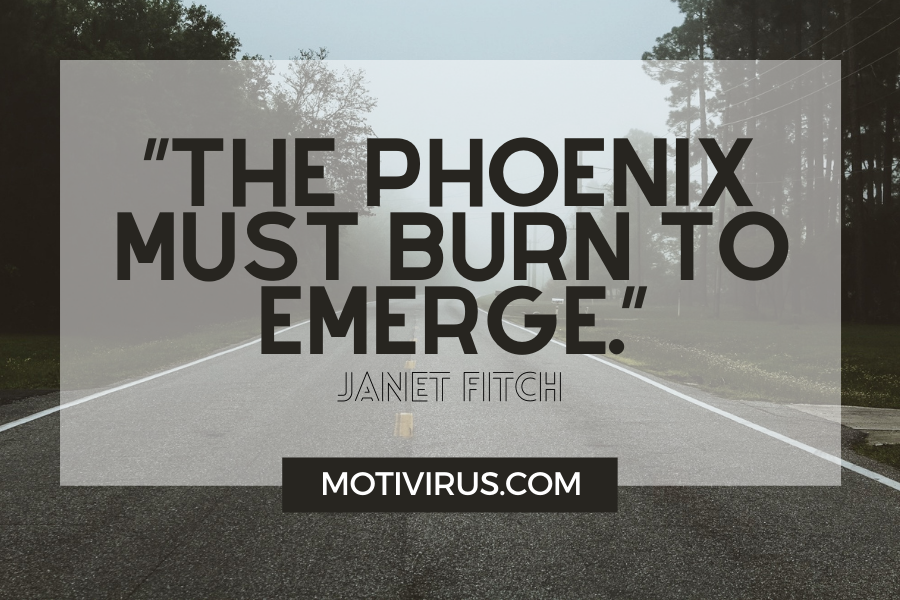 “The phoenix must burn to emerge.”
― Janet Fitch

“The one who falls and gets up is stronger than the one who never tried. Do not fear failure but rather fear not trying.”
― Roy T. Bennett

“You never know what kind of setup market will present to you, your objective should be to find opportunity where risk reward ratio is best.”
― Jaymin Shah

“Success is determined not by whether or not you face obstacles, but by your reaction to them. And if you look at these obstacles as a containing fence, they become your excuse for failure. If you look at them as a hurdle, each one strengthens you for the next.”
― Ben Carson

“Failures are the stairs we climb to reach success.”
― Roy T. Bennett

“Failure doesn’t define you. It’s what you do after you fail that determines whether you are a leader or a waste of perfectly good air.”
― Sabaa Tahir

“I advise you to stop sharing your dreams with people who try to hold you back, even if they’re your parents. Because, if you’re the kind of person who senses there’s something out there for you beyond whatever it is you’re expected to do – if you want to be EXTRA-ordinary- you will not get there by hanging around a bunch of people who tell you you’re not extraordinary. Instead, you will probably become as ordinary as they expect you to be.”
― Kelly Cutrone

“Negative results are just what I want. They’re just as valuable to me as positive results. I can never find the thing that does the job best until I find the ones that don’t.”
― Thomas A. Edison

“There is no failure except in no longer trying.”
― Elbert Hubbard

“I want to do it because I want to do it. Women must try to do things as men have tried. When they fail, their failure must be but a challenge to others.”
― Amelia Earhart 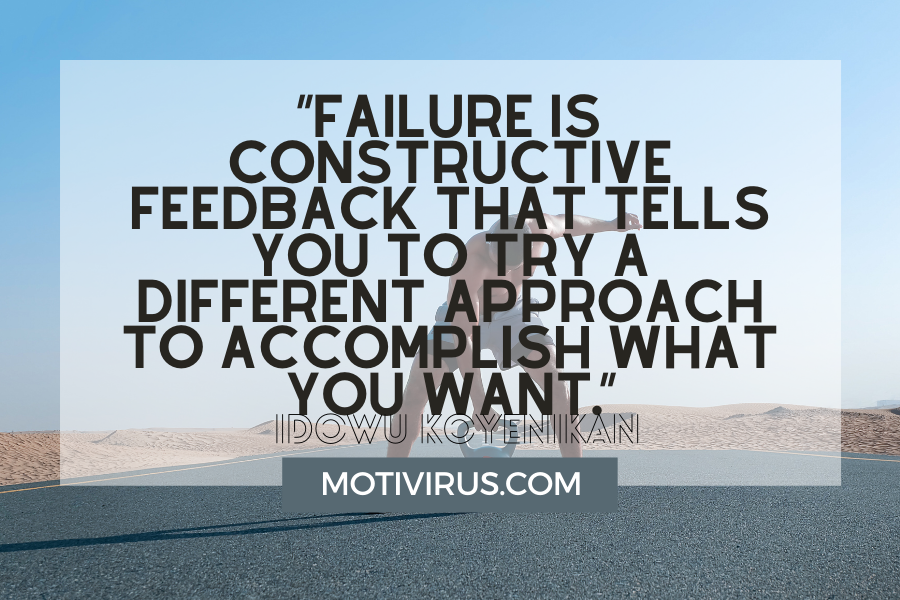 “Failure is constructive feedback that tells you to try a different approach to accomplish what you want.”
― Idowu Koyenikan

“All the time you’re saying to yourself, ‘I could do that, but I won’t,’ — which is just another way of saying that you can’t.”
― Richard P. Feynman 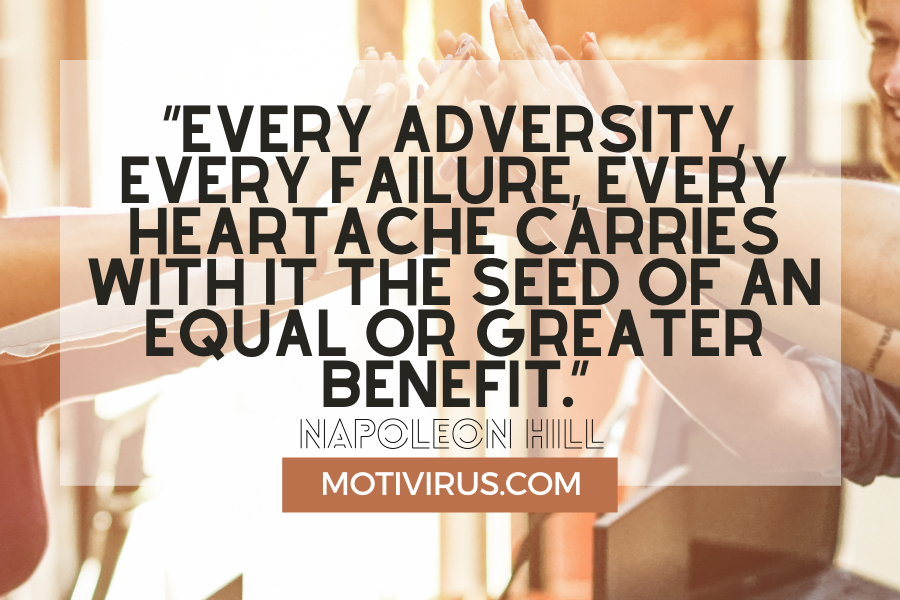 “Every adversity, every failure, every heartache carries with it the seed of an equal or greater benefit.”
― Napoleon Hill

“Each mistake teaches you something new about yourself. There is no failure, remember, except in no longer trying. It is the courage to continue that counts.”
― Chris Bradford

“The person who failed often knows how to avoid future failures. The person who knows only success can be more oblivious to all the pitfalls.”
― Randy Pausch

“You tried to help the people of the market. You mostly failed. This is life. The longer you live, the more you fail. Failure is the mark of a life well lived. In turn, the only way to live without failure is to be of no use to anyone. Trust me, I’ve practiced”
― Brandon Sanderson

“But instead of spending our lives running towards our dreams, we are often running away from a fear of failure or a fear of criticism.”
― Eric Wright

“I caught myself thinking about falling in love with someone who I hoped was out there right now thinking about the possibility of me, but I quickly banished the notion. It was that kind of thinking that landed me in this situation to begin with. Hope can ruin you.”
― Perry Moore

“Remember the two benefits of failure. First, if you do fail, you learn what doesn’t work; and second, the failure gives you the opportunity to try a new approach.”
― Roger Von Oech

“It takes only a split second for life to go horribly wrong. To fix the mess, I need a thousand things to go right. The distance from one bit of luck to the next feels as great as the distance across oceans. But, I decide in this moment, I will bridge that distance, again and again, until I win. I will not fail.”
― Sabaa Tahir

“Failure should be our teacher, not our undertaker. Failure is delay, not defeat. It is a temporary detour, not a dead end. Failure is something we can avoid only by saying nothing, doing nothing, and being nothing.”
― Denis Waitley 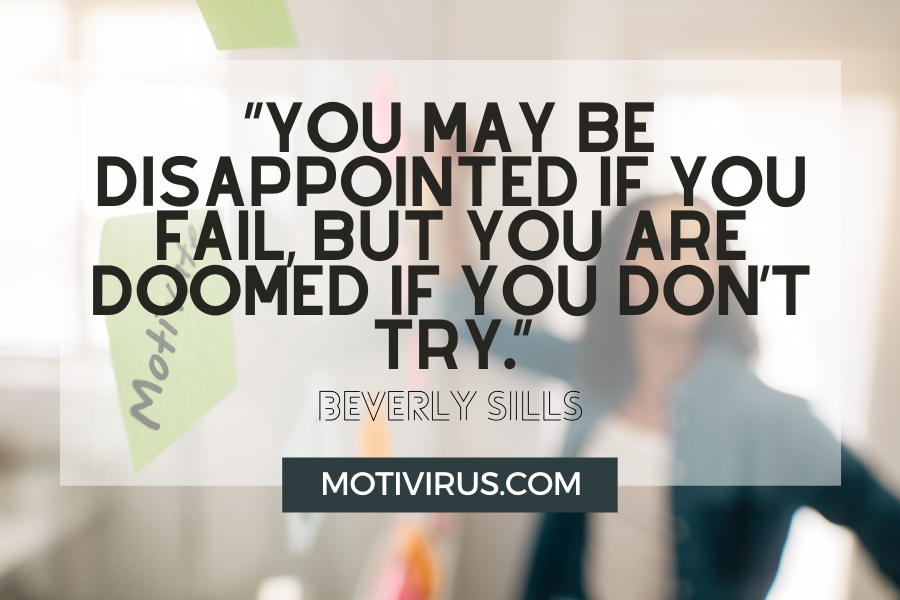 “You may be disappointed if you fail, but you are doomed if you don’t try.”
― Beverly Sills

“I am struck by how sharing our weakness and difficulties is more nourishing to others than sharing our qualities and successes.”
― Jean Vanier

“When I face the desolate impossibility of writing five hundred pages, a sick sense of failure falls on me, and I know I can never do it. Then gradually, I write one page and then another. One day’s work is all I can permit myself to contemplate.”
― John Steinbeck

“You might never fail on the scale I did, but some failure in life is inevitable. It is impossible to live without failing at something, unless you live so cautiously that you might as well not have lived at all – in which case, you fail by default.”
― J.K. Rowling 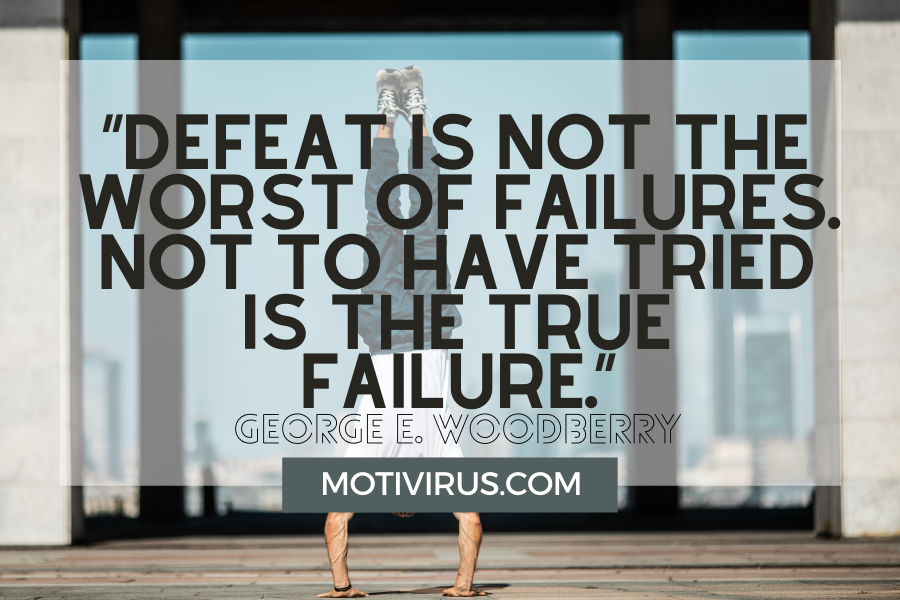 “Defeat is not the worst of failures. Not to have tried is the true failure.”
― George E. Woodberry

“There is something good in all seeming failures. You are not to see that now. Time will reveal it. Be patient.”
― Swami Sivananda

“Be patient. Your skin took a while to deteriorate. Give it some time to reflect a calmer inner state. As one of my friends states on his Facebook profile: “The true Losers in Life, are not those who Try and Fail, but those who Fail to Try.”
― Jess C. Scott