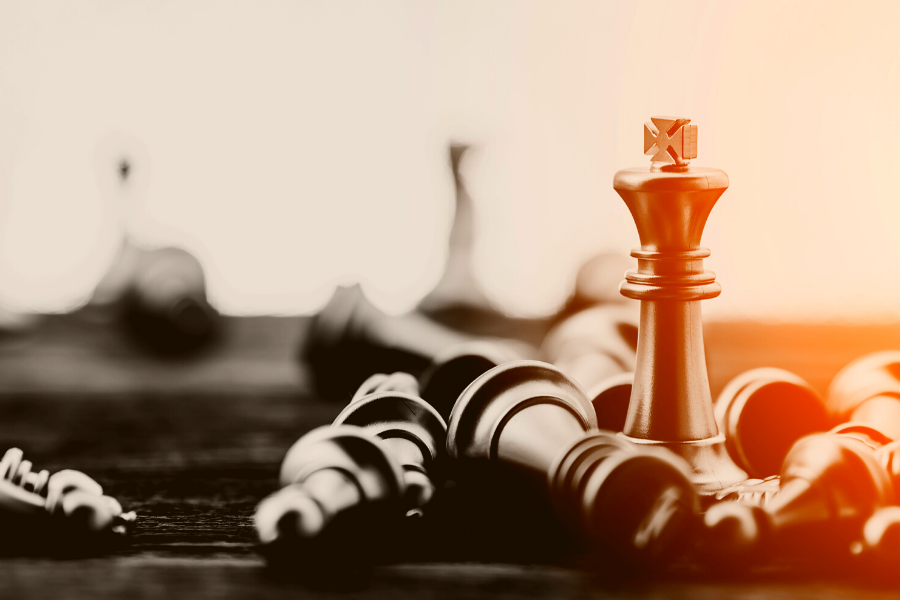 They say that in order to advance in life, we have to sit on the shoulders of giants. Too often we perpetuate this idea that in order to succeed one should start from scratch. One should have a sad and compelling origin story. The truth is we all can benefit from motivational leadership whether it be from talks or quotes. 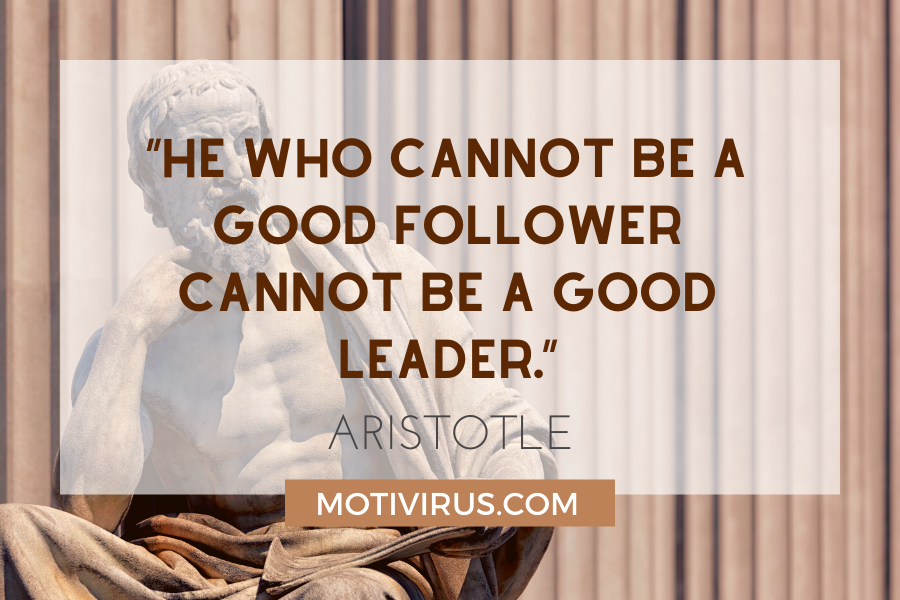 “Keep your fears to yourself, but share your courage with others.” 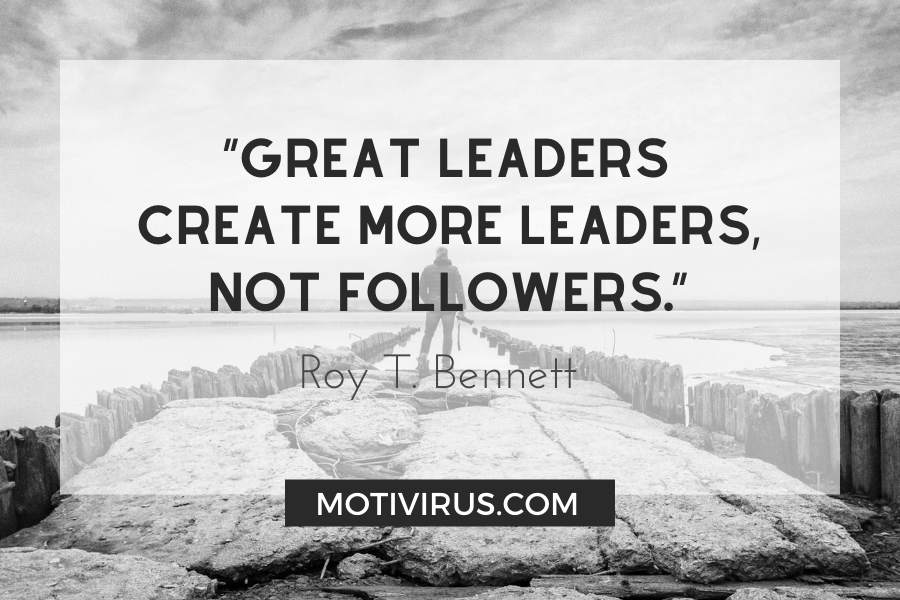 “A man can only lead when others accept him as their leader, and he has only as much authority as his subjects give to him. All of the brilliant ideas in the world cannot save your kingdom if no one will listen to them.” 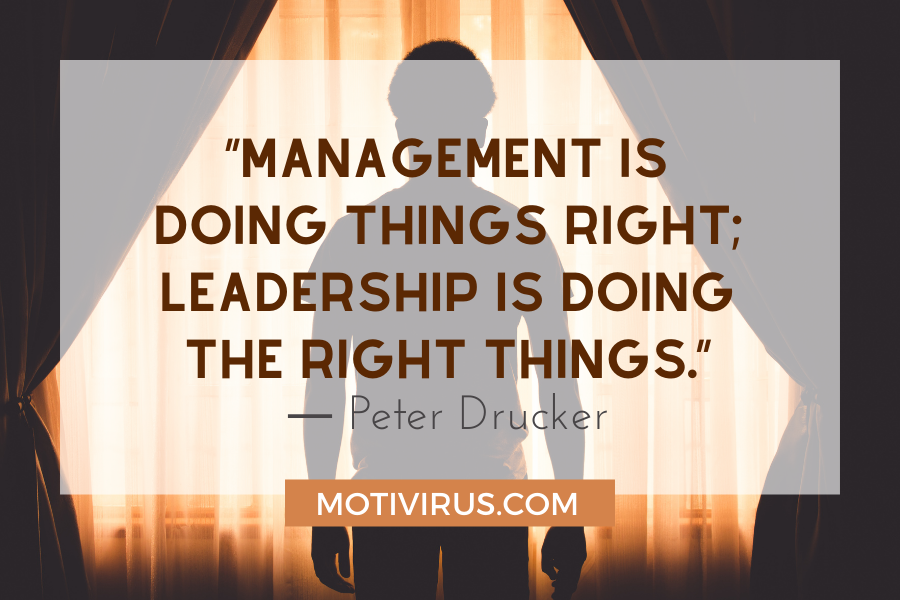 “Great leaders can see the greatness in others when they can’t see it themselves and lead them to their highest potential they don’t even know.”

“You are good. But it is not enough just to be good. You must be good for something. You must contribute good to the world. The world must be a better place for your presence. And the good that is in you must be spread to others….” 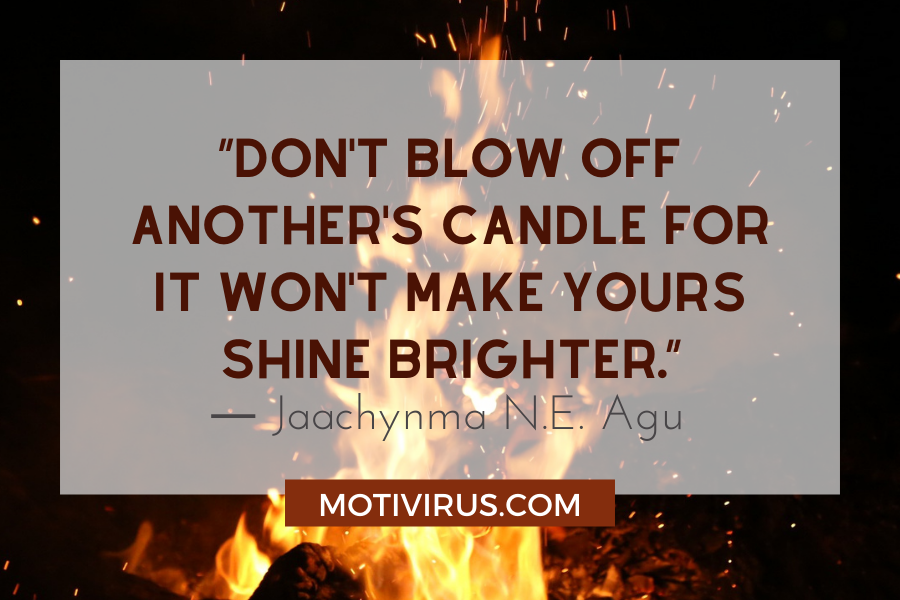 “Don’t blow off another’s candle for it won’t make yours shine brighter.”

“A leader is a dealer in hope.” 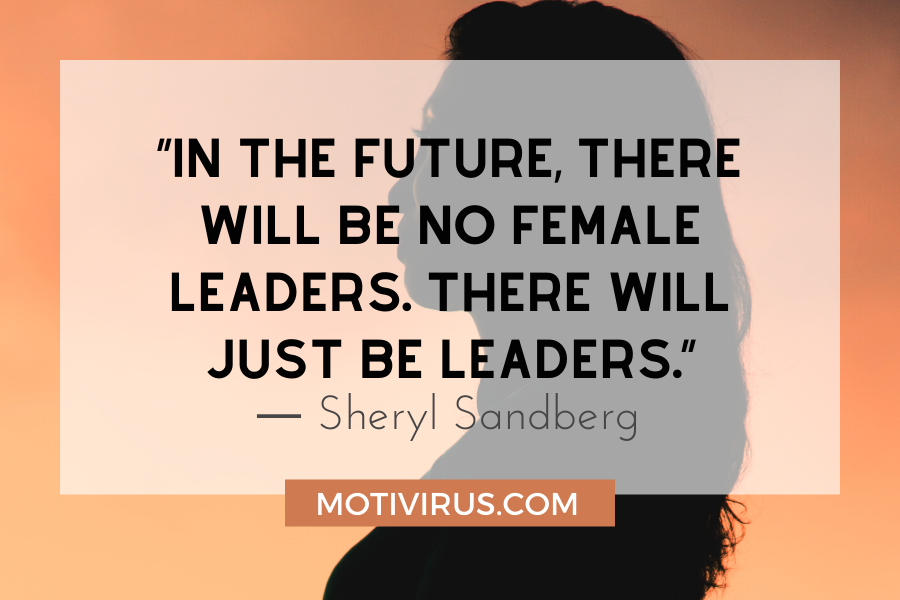 “In the future, there will be no female leaders. There will just be leaders.”

“You have to be burning with an idea, or a problem, or a wrong that you want to right. If you’re not passionate enough from the start, you’ll never stick it out.” 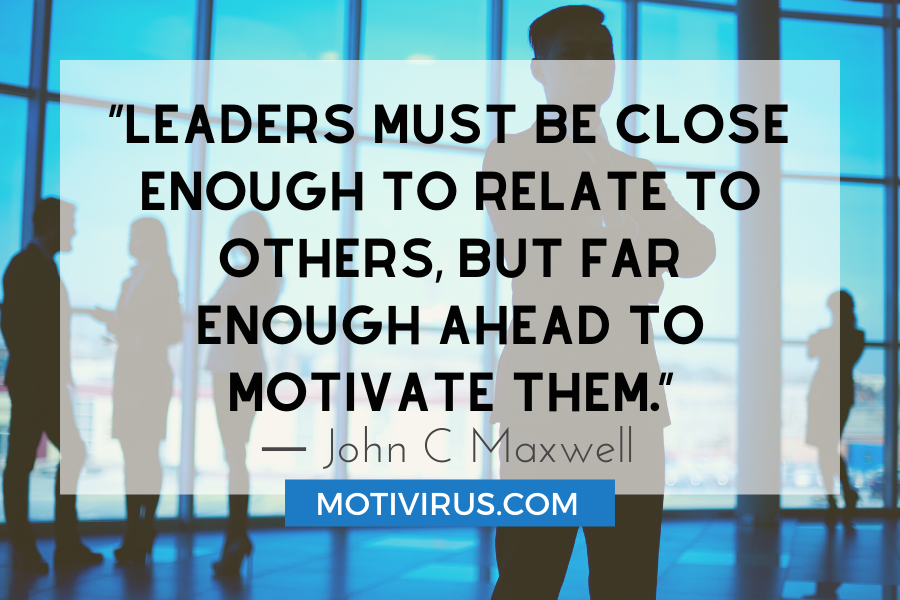 “Leaders must be close enough to relate to others, but far enough ahead to motivate them.”

“Leadership is the art of getting someone else to do something you want done because he wants to do it.”

“Truly powerful people have great humility. They do not try to impress, they do not try to be influential. They simply are. People are magnetically drawn to them. If there is anything they can offer to assist you, they offer it; if not, they are silent.”

“I cannot trust a man to control others who cannot control himself.” 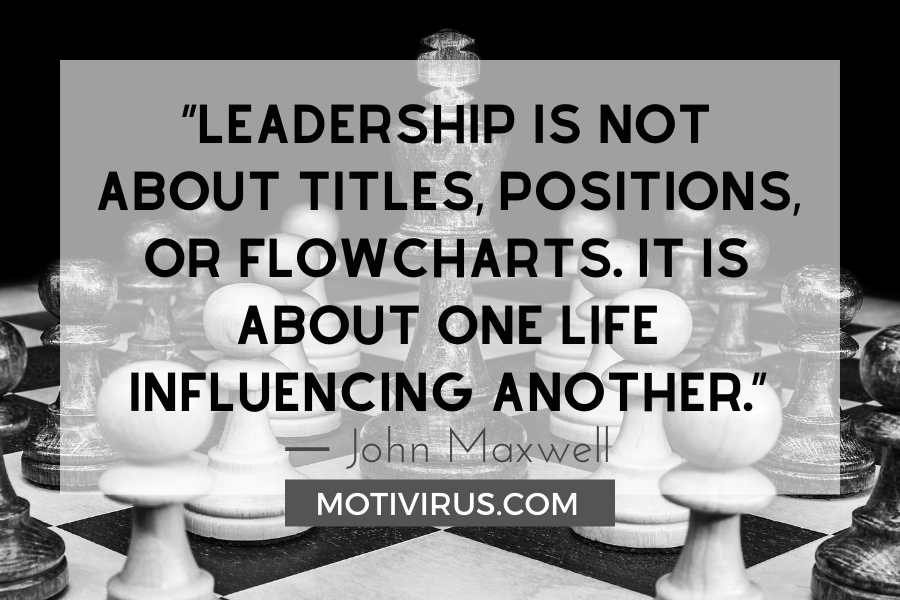 “Leadership is not about titles, positions, or flowcharts. It is about one life influencing another.”

“If you have a dream, don’t just sit there. Gather courage to believe that you can succeed and leave no stone unturned to make it a reality.”

“The world’s greatest achievers have been those who have always stayed focussed on their goals and have been consistent in their efforts.”

“The leaders who work most effectively, it seems to me, never say “I.” And that’s not because they have trained themselves not to say “I.” They don’t think “I.” They think “we”; they think “team.” They understand their job to be to make the team function. They accept responsibility and don’t sidestep it, but “we” gets the credit. This is what creates trust, what enables you to get the task done.” 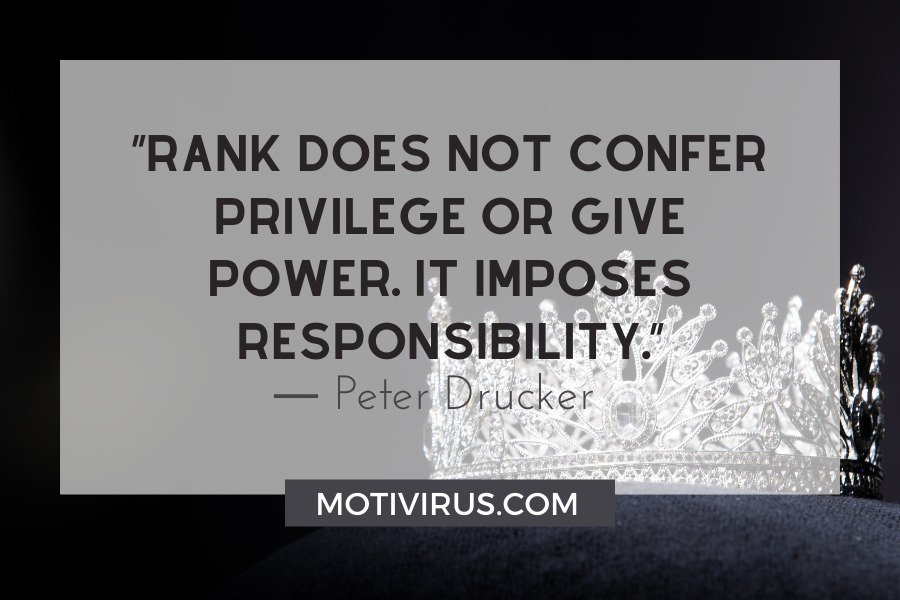 “Rank does not confer privilege or give power. It imposes responsibility.”

“Do you know that one of the great problems of our age is that we are governed by people who care more about feelings than they do about thoughts and ideas.”

“If your actions inspire others to dream more, learn more, do more and become more, you are a leader.”

“Leaders live by choice, not by accident.”

“The best form of saying is being” 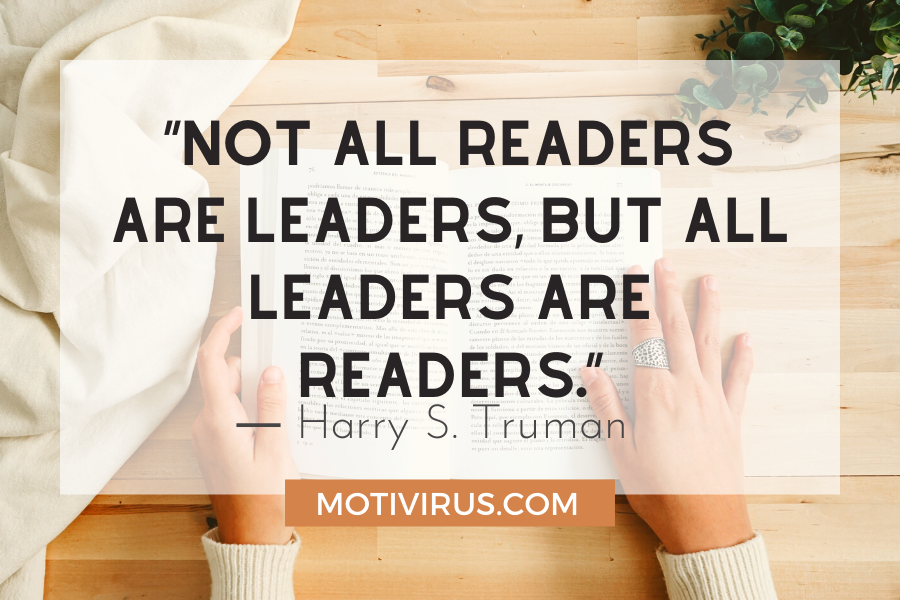 “Not all readers are leaders, but all leaders are readers.”

“Teach them the quiet words of kindness, to live beyond themselves. Urge them toward excellence, drive them toward gentleness, pull them deep into yourself, pull them upward toward manhood, but softly like an angel arranging clouds. Let your spirit move through them softly.”

“If you can’t swallow your pride, you can’t lead. Even the highest mountain had animals that step on it.” 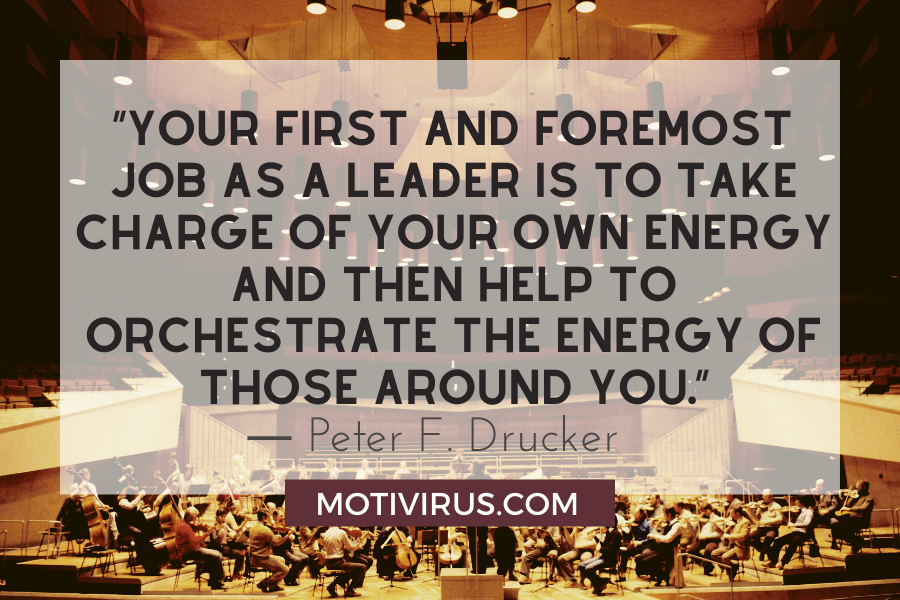 “Your first and foremost job as a leader is to take charge of your own energy and then help to orchestrate the energy of those around you.”

“People in any organization are always attached to the obsolete – the things that should have worked but did not, the things that once were productive and no longer are.”

“It is not until you change your identity to match your life blueprint that you will understand why everything in the past never worked.” 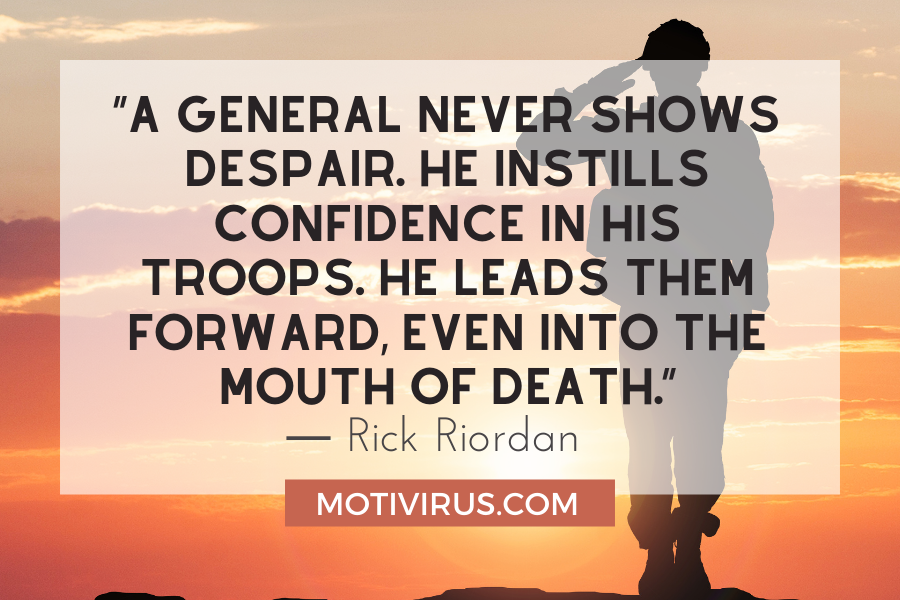 “A general never shows despair. He instills confidence in his troops. He leads them forward, even into the mouth of death.”

“Our power lies in our small daily choices, one after another, to create eternal ripples of a life well lived.” 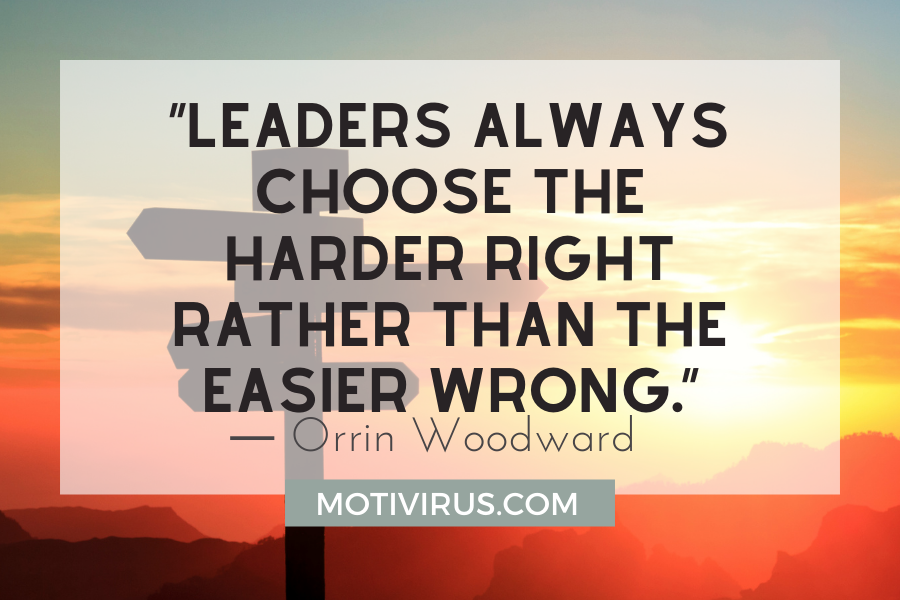 “Leaders always choose the harder right rather than the easier wrong.”

“Tend to the people, and they will tend to the business.”

“Leadership is the art of giving people a platform for spreading ideas that work.” 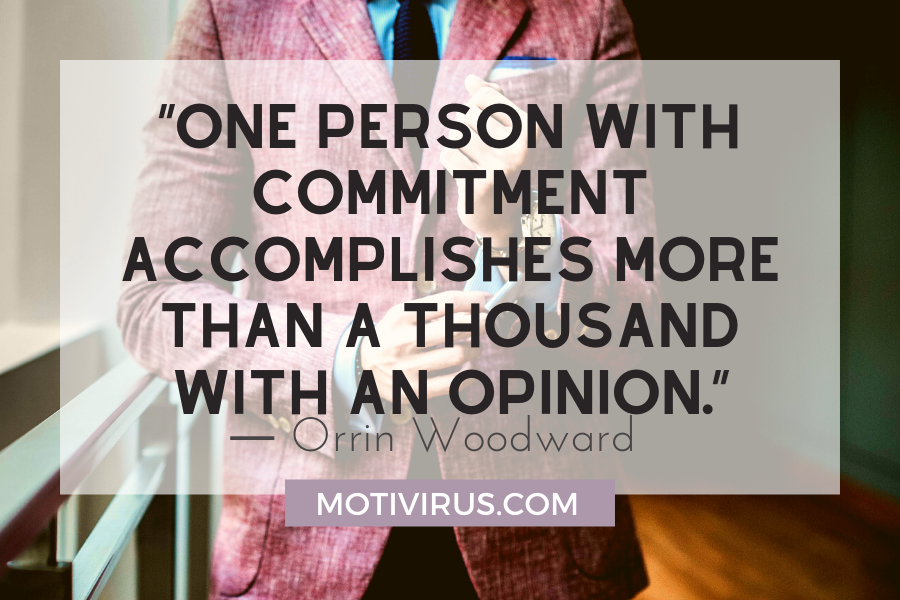 “One person with commitment accomplishes more than a thousand with an opinion.”

“Leadership grows like tall trees. It needs both toughness and flexibility – toughness for accountability – flexibility to adapt changes with a compassionate & caring heart for self and others.”

“Leadership is never an avenue to be self-serving but,a platform to render great service to people.”

“When you feel that others are lacking and failing ….

support, professionalism and spirit with which

you yourself play the game.” 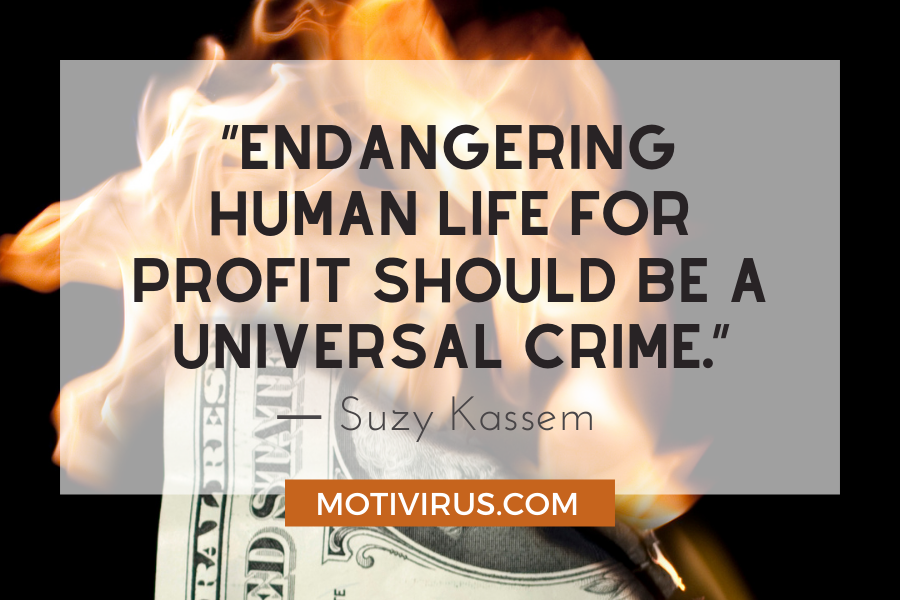 “Endangering human life for profit should be a universal crime.”

“Great leaders get people to admit the truth because they know that dreams are buried under the lies they tell themselves, in order to feel okay with giving up.”

“When you accept a leadership role, you take on extra responsibility for your actions toward others.”

“No great manager or leader ever fell from heaven, its learned not inherited.” 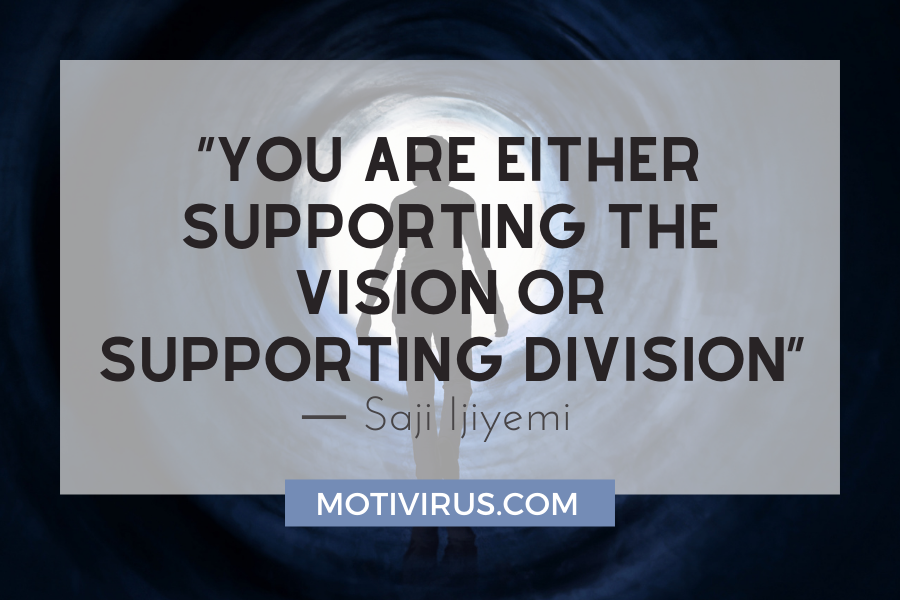 “It is the capacity to develop and improve their skills that distinguishes leaders from followers.”

Leadership isn’t just about the self but more so on the team and how one is able to motivate the others. There’s no easy way in being a leader. Read more quotes on how to motivate yourself against procrastination!

65 Quotes On The Secrets of Success From Successful People

How Often Should You Take CBD Oil?