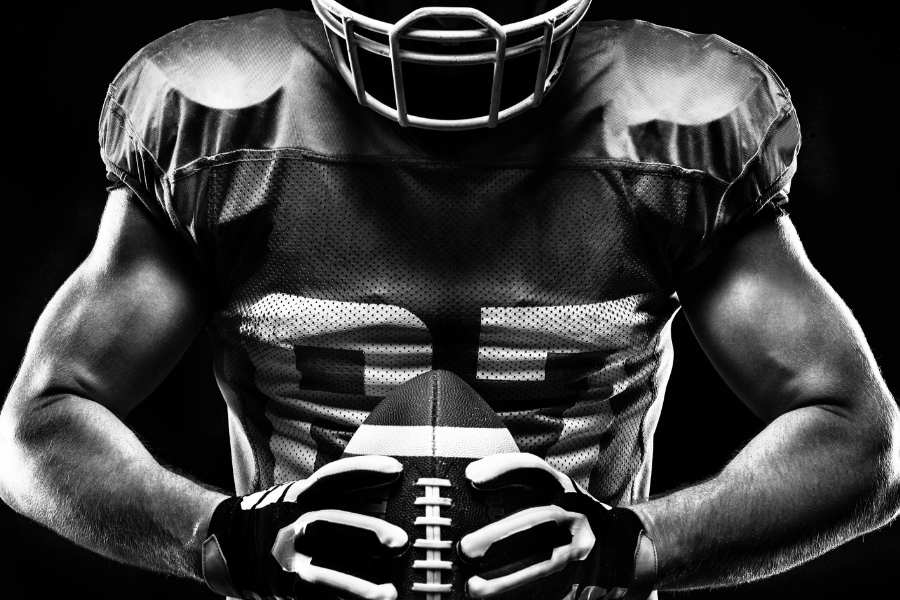 Football isn’t just a game where physical prowess is emphasized. Sharp analytical thinking, quick decision making, and countless pressured training make one player fit for the team; and it’s not an easy task. We all need a little push once in a while so here are 55 football motivational quotes that will inspire you to do get up and do the daily grind.

“Ability is what you’re capable of doing. Motivation determines what you do. Attitude determines how well you do it.” –Lou Holtz

“A champion is simply someone who did not give up when they wanted to.” –Tom Landry

“Success isn’t measured by money or power or social rank. Success is measured by your discipline and inner peace.” –Mike Ditka

“Self-praise is for losers. Be a winner. Stand for something. Always have class, and be humble.” –John Madden

“Losing doesn’t make me want to quit, it makes me want to fight that much harder.”–Bear Bryant

“No matter the circumstances you may be going through, just push through it.” –Ray Lewis

“When you’ve got something to prove, there’s nothing greater than a challenge.” –Terry Bradshaw

“I have yet to be in a game where luck was involved.” –Urban Meyer

“We would accomplish many more things if we did not think of them as impossible.” –Vince Lombardi

“You get hit the hardest when trying to run or hide from a problem. Like the defense on a football field, putting all focus on evading only one defender is asking to be blindsided.” –Criss Jami

“The most valuable player is the one who makes the most players valuable.” –Peyton Manning

“I’ve learned that something constructive comes from every defeat.”  –Tom Landry

“For every pass I caught in a game, I caught a thousand in practice.” –Don Hutson

“If what you did yesterday seems big, you haven’t done anything today.” –Lou Holtz

“Success is not forever and failure isn’t fatal.” –Don Shula

“Winners, I am convinced, imagine their dreams first. They want it with all their heart and expect it to come true. There is, I believe, no other way to live.” –Joe Montana

“Life is ten percent what happens to you, and ninety percent how you respond to it.” –Lou Holtz

“Some people think football [soccer] is a matter of life and death. I don’t like that attitude. I can assure them it is much more serious than that.” –Bill Shankly

“Victories are a byproduct of a larger vision. It begins with a question: How much do we owe one another? Each coach’s and player’s individual answer is one of the building blocks of The Streak. De La Salle separates itself from the competition because everyone from the head coach to the least accomplished player on the roster is willing to make the sacrifices necessary to be their absolute best.” –Neil Hayes

“You fail all of the time. But you aren’t a failure until you start blaming someone else.” –Bum Phillips

“Anyone can go hard on the last sprint of a workout, if you’re tough, you’ll go hard on each and every one” –Travis Macy

“If you want to win, do the ordinary things better than anyone else does them day in and day out.” –Chuck Noll

“The only place success comes before work is in the dictionary.” –Vince Lombardi

“The Motto of Champions: If you are hurt, you can suck it up and press on. If injured, you can rebound and return bigger and better… and continue to inspire!” –T.F. Hodge

“Everyone has the fire, but the champions know when to ignite the spark.” –Amit Ray

“I don’t know any other way to lead but by example.” –Don Shula

“The man who complains about the way the ball bounces is likely the one who dropped it.” –Lou Holtz

“There is a difference between conceit and confidence. Conceit is bragging about yourself. Confidence means you believe you can get the job done.” –Johnny Unitas

“If you’re not gonna go all the way, why go at all?” –Joe Namath

“In order to win the game, you must first not lose it.” –Chuck Noll

“Do you know what my favorite part of the game is? The opportunity to play.”  –Mike Singletary

“There were probably about five games in my career where everything was moving in slow motion and you could be out there all day, totally in the zone, and you don’t even know where you are on the field, everything is just totally blocked out.” –Lawrence Taylor

“Leadership is a matter of having people look at you and gain confidence. If you’re in control, they’re in control.” –Tom Landry

“If you sit back and spend too much time feeling good about what you did in the past, you’re going to come up short next time.” –Bill Belichick

“Life is full of all sorts of setbacks and twists and turns and disappointments. The character of this team will be how well you will come back from this letdown, this defeat. You could still be a great team and you can still accomplish great things like football players but it’s going to take a real resolve to do it.” –Coach Ladouceur

“To me, football is so much about mental toughness, it’s digging deep, it’s doing whatever you need to do to help a team win and that comes in a lot of shapes and forms.”  –Tom Brady

“Nobody who ever gave his best regretted it.” –George S. Halas

“One man practicing sportsmanship is far better than 50 preaching it.”  –Knute Rockne

“Stay focused. Your start does not determine how you’re going to finish.” –Herm Edwards

“Greatness, whether athletic or otherwise, doesn’t come from those content on just being but from those who seek being the difference.” –Kirk Mango

Football is a gritty game and the players come out from this game stronger than ever. Maybe you too can feel your spirits pumping up! To read more about articles like these head on here for fitness motivation quotes!

70 Quotes on Changing Your Life & The Lives of Others