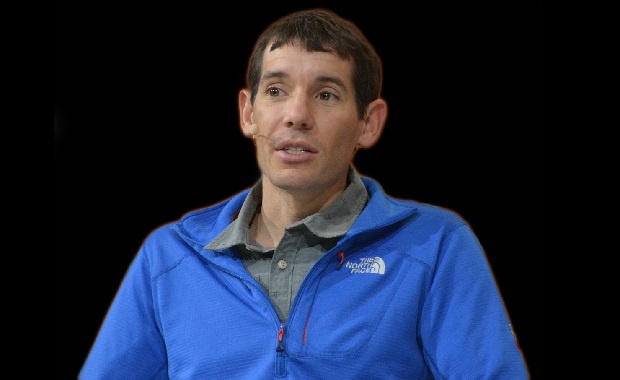 Alex Honnold is one of America’s celebrated rock climbers. He is the only person who has successfully free soloed the El Capitan, in Yosemite National Park.

Honnold is of Polish descent. He was born in California. He started climbing in the gym when he was only 5 years old. He received a lot of attention and mainstream recognition when he climbed the Regular Northwest Face of Half Dome, which was featured in “Alone on the wall,” a film based on his book.

Honnold said that he was inspired by climbers like Tommy Cladwell, Peter Croft, and John Bachar. His focus and dedication to rock climbing has inspired a legion of outdoor adventurers all around the world.

Honnold’s quotes are witty as well as motivational. His quotes will inspire you to give your best in everything and develop a powerful mind.

1. “No matter the risks we take, we always consider the end to be too soon, even though in life, more than anything else, quality should be more important than quantity.” – Alex Honnold

2. “Anything called the Teflon Corner is not sweet for free-soloing.” – Alex Honnold

3. “I know that when I’m standing alone below a thousand-foot wall, looking up and considering a climb, my sponsors are the furthest thing from my mind. If I’m going to take risks, they are going to be for myself – not for any company.” – Alex Honnold

4. “I’ve done routes where I’ve climbed 200 feet off the ground and just been, like, ‘What am I doing?’ I then just climbed back down and went home. Discretion is the better part of valor. Some days are just not your day. That’s the big thing with free soloing: when to call it.” – Alex Honnold

5. “I’m not nostalgic for my glory days in college. It was lame for me. Probably because I had no friends.” – Alex Honnold

6. “Free soloing is almost as old as climbing itself, with roots in the 19th century. Climbers are continuing to push the boundaries. There are certainly better technical climbers than me. But if I have a particular gift, it’s a mental one – the ability to keep it together where others might freak out.” – Alex Honnold

7. “I’m not thinking about anything when I’m climbing, which is part of the appeal. I’m focused on executing what’s in front of me.” – Alex Honnold

8. “People think I just walk up to a sheer cliff and climb it with no knowledge of anything, when in reality, there’s tons and tons of information out there, and I’m already well tapped into it.” – Alex Honnold

9. “There’s only a handful of chicks in the world who can climb big walls on my level.” – Alex Honnold

11. “So many people condemn me for risk taking, but I find it sort of hypocritical because everybody takes risks. Even the absence of activity could be viewed as a risk. If you sit on the sofa for your entire life, you’re running a higher risk of getting heart disease and cancer.” – Alex Honnold

12. “Climbing moves are all about feeling it, and that is something I’ve spent my whole life doing.” – Alex Honnold

13. “Pretty much every gym I go into, I feel very comfortable. I dump my stuff, take my shoes off, do my thing.” – Alex Honnold

14. “I have a journal of everything I’ve ever climbed since 2005. For the entry about free soloing Half Dome, I put a frowny face and added some little notes about what I should have done better, and then underlined it. Turns out that is one of my biggest climbing achievements.” – Alex Honnold

16. “My comfort zone is like a little bubble around me, and I’ve pushed it in different directions and made it bigger and bigger until these objectives that seemed totally crazy eventually fall within the realm of the possible.” – Alex Honnold

17. “I generally don’t climb something if it makes me feel fear. The beauty of soloing is that there’s no pressure – no one’s telling me to do it. So if something seems scary, I don’t have any obligation to do it. I can prepare further or just walk away entirely.” – Alex Honnold

18. “You might get run over; you might get hit by lightning. I mean, who knows? Each day, there is a chance you might die. And there’s nothing wrong with that. Every living being on Earth is facing that same existential rift.” – Alex Honnold

20. “Music can be useful during training to help get you psyched, and I still listen to music on easy climbs or in the gym. But during cutting-edge solos or really hard climbs, I unplug. There shouldn’t be a need for extra motivation on big days, be it music or anything else. It should come from within.” – Alex Honnold