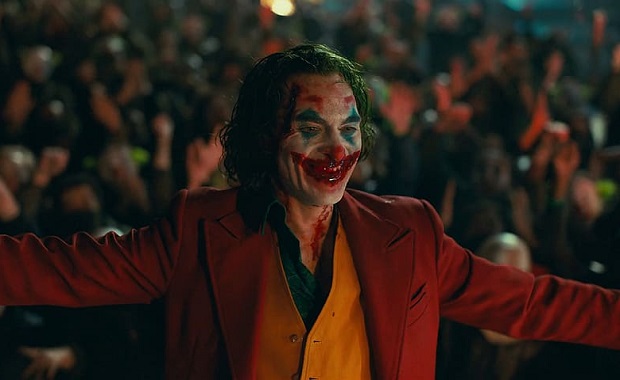 That maniacal laughter that sends shivers down the spine what does that remind you of? If your answer is Joker, you are in the right place!

Batman’s nemesis, Joker has got to be one of the most controversial supervillain characters which people look up to. And it is rightly justified: he is how he is because of the harsh treatment meted out to him when he was growing up. Being looked down on by people around him, Joker was compelled to go down the rabbit hole and live a life of villainy and cruelty.

Joker sure has a way of connecting with the audience and readers alike, and the hit movie Joker in 2019 rightly proved so. His thoughts on the harsh reality of life, accompanied by a sadistic sense of humour is what connects him with people. Listed below are a compilation of Joker quotes which, though it may seem bizarre, are certainly intriguing, leaving you wanting for more!

1. “Is it just me or is it getting crazier out there?”

2. “I hope my death makes more cents than my life.”

3. “All I have are negative thoughts.”

6. “All I have are negative thoughts.”

8. “Forgive my Laughter. I have a Condition.”

Best Joker Quotes By Heath Ledger From The Dark Knight

2. “I believe anything that doesn’t kill you makes you stranger.” – The Joker – Heath Ledger

4. “The only sensible way to live in this world is without rules.” – The Joker – Heath Ledger

5. “You see madness is like gravity. All it takes is a little push.” – The Joker – Heath Ledger

6. “Nobody panics when things go “according to plan”. Even if the plan is horrifying!” – The Joker – Heath Ledger

9. “Introduce a little anarchy. Upset the established order, and everything becomes chaos. I’m an agent of chaos…” – The Joker – Heath Ledger

10. “This town deserves a better class of criminal, and I’m gonna give it to ’em” – The Joker – Heath Ledger

12. ” You have nothing! Nothing to threaten me with. Nothing to do with all your strength.” – The Joker – Heath Ledger

14. “Does it depress you? To know just how alone you really are?” – The Joker – Heath Ledger

16. “It’s not about money, it’s about sending a message. Everything burns!” – The Joker- Heath Ledger

19. “Do I really look like a guy with a plan? You know what I am? I’m a dog chasing cars. I wouldn’t know what to do with one if I caught it! You know, I just… do things.” – The Joker- Heath Ledger

20. “We stopped checking for monsters under our bed, when we realized they were inside us.” – Joker

21. “All it takes is one bad day to reduce the sanest man alive to lunacy. That’s how far the world is from where I am. Just one bad day.” – Alan Moore

70 Best Quotes on Building an Empire