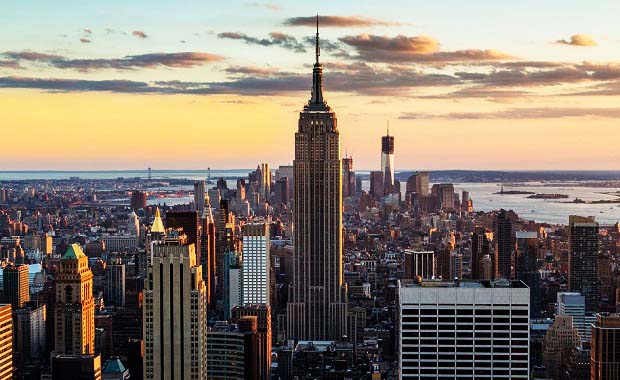 Everybody has heard of the famous saying “Rome was not built in a day.” Likewise, for entrepreneurs looking to expand their business and build their empire, they need to remind themselves that all good things take time. It is only with determination, perseverance, and hard work that they can achieve success.

Though the road to success is often not easy, having some inspiration as guidance can be of massive help. It can also help in relieving of all the stress and reassure that the path to success is not far away.

Bearing this in mind, we have collected some of the best building an empire quotes in order to help give that boost and motivation. Going through these quotes will surely help in rediscovering oneself, bringing out the best version to the core. It will also challenge oneself to keep looking ahead with the will power and attitude to never give up!

1. “Your limitation – it’s only your imagination”

2. “Your empire ain’t gonna build itself without the hustle.”

7. “I never dreamed about success. I worked for it.” – Estee Lauder

8. “A great empire, like a great cake, is most easily diminished at the edges.” – Benjamin Franklin

9. “Build an empire with same bricks that were thrown at you.”

10. “Everything Begins With An Idea.” – Earl Nightengale

12. “Every problem is a gift – without problems we would not grow” – Anthony Robbins

16. “Far and away the best prize that life offers is the chance to work hard at work worth doing.” – Theodore Roosevelt

21. “There Is One Thing Stronger Than All The Armies In The World, And That Is An Idea Whose Time Has Come.” – Victor Hugo

23. “The future depends on what you do today.” – Mahatma Gandhi

24. “The secret of change is to focus all your energy not on fighting the old but on building the new.” – Socrates

25. “Try not to waste your entire life working just to earn a paycheck. Seek to discover what your true passion in life is, and start working on turning it into an empire of your own.” – Edmond Mbiaka

27. “Do something today that your future self will thank you for.”

28. “If you don’t build your dream, someone else will hire you to help them build theirs.” – Dhirubhai Ambani

29. “The credit belongs to the man who is actually in the arena; whose face is marred with dust and sweat; who strives valiantly, who errs and may fall again and again, because there is no effort without error or shortcoming.” – Theodore Roosevelt

30. “Some people dream of success, while other people get up every morning and make it happen.” – Wayne Huizenga

31. “If you’re interested in the living heart of what you do, focus on building things rather than talking about them.” – Ryan Freitas

33. “Success is not final; failure is not fatal: It is the courage to continue that counts.” – Winston Churchill

34. “The way to get started is to quit talking and begin doing.” – Walt Disney

35. “Stop talking about how you will build an empire, and start building it right at this very moment. Time never waits for anyone to feel perfectly ready.” – Edmond Mbiaka

36. “Every great building once begun as a building plan. That means, sitting in that building plan on the table is a mighty structure not yet seen. It is the same with dreams.” – Israelmore Ayivor

40. “All our dreams can come true, if we have the courage to pursue them.” – Walt Disney

41. “As an entrepreneur, you have to be OK with failure. If you’re not failing, you’re likely not pushing yourself hard enough.” – Alexa Von Tobel

42. “Dreams can come true, but there is a secret. They’re realized through the magic of persistence, determination, commitment, passion, practice, focus and hard work. They happen a step at a time, manifested over years, not weeks.” – Elbert Hubbard

44. “Once you have commitment, you need the discipline and hard work to get you there.” – Haile Gebrselassie

45. “If you’re passionate about something and you work hard, then I think you will be successful.” – Pierre Omidyar

47. “As long as you’re going to be thinking anyway, think big.” – Donald Trump

51. “When you find an idea that you just can’t stop thinking about, that’s probably a good one to pursue.” – Josh James

52. “Without struggle, success has no value.” – Aaron Lauritsen

53. “You don’t need to work hard to earn an empire; there is an army of slaves to do it for you.” – Bangambiki Habyarimana

57. “The secret of getting ahead is getting started.” – Sally Berger

59. “Your time is limited, so don’t waste it living someone else’s life.” – Steve Jobs

60. “Action is the foundational key to all success.” – Pablo Picasso

61. “You don’t build a business, you build people, then people build the business.” – Zig Ziglar

62. “You can design and create, and build the most wonderful place in the world. But it takes people to make the dream a reality.” – Walt Diskey

63. “Sustaining a successful business is a hell of a lot of work, and staying hungry is half the battle.” – Wendy Tan White

64. “Success is not the key to happiness. Happiness is the key to success. If you love what you are doing, you will be successful.” – Albert Schweitzer

68. “A person who never made a mistake never tried anything new.” – Albert Einstein

69. “Every accomplishment starts with a decision to try.” – Unknown

70. “The best time to plant a tree was 20 years ago. The second best time is now.” – Chinese Proverb