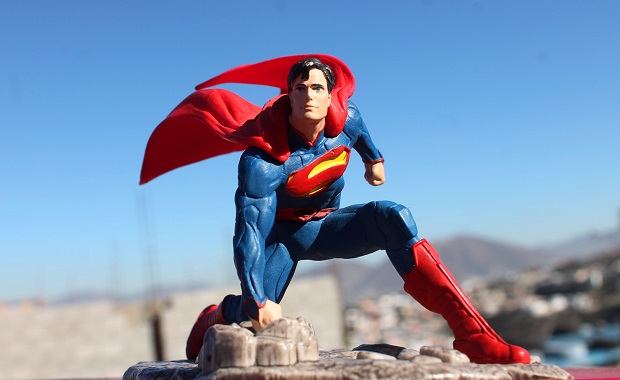 “It’s a bird, it’s a plane, it’s Superman.” It would be preposterous to say that this catchphrase does not ring a bell! Superman, the fictional character of the DC comics, first appeared in 1938. Draped in a colourful costume with inhuman power, Superman has been a favourite of people ever since.

Born on the planet Krypton, Superman’s parents sent him to Earth just as their planet was being destroyed. Born with superhuman abilities, Superman lived his life on Earth under the alias Clark Kent with a daily job as a journalist.

What Superman teaches us about life is self-confidence, ownership, and our duty towards the good of the society and people around us. Without further ado, take a look at the list of Superman quotes below to get some inspiration from this incredible superhero. By going through these Superman quotes, you will find that there is actually a hero within all of us!

1. “You’re much stronger than you think you are, trust me.” – Superman

2. “You will be different, sometimes you’ll feel like an outcast, but you’ll never be alone.” – Superman

3. “There is a right and a wrong in the universe, and that distinction is not hard to make.” – Superman

4. “If I had to choose a superhero to be, I would pick Superman. He’s everything that I’m not.” – Stephen Hawking

5. “Sometimes you have to take a leap of faith first, the trust part comes later.” – Superman

8. “I grew up watching ‘Superman.’ As a child, when I first learned to dive into a swimming pool, I wasn’t driving, I was flying, like Superman. I used to dream of rescuing a girl I had a crush on from a playground bully.” – Tom Hiddleston

9. “The only way to know how strong you are is to keep testing your limits.” – Jor El

11. “Dreams save us. Dreams lift us up and transform us.” – Superman

12. “Every son’s first superhero is his father, and it was the same for me. For me, he was Superman and Batman combined.” – Tiger Shroff

14. “Superman has been my favorite character since I was six years old, and I have more comics featuring Superman than any other single character.” – Chris Roberson

15. “The worst part about being strong is that no one ever ask if you’re okay.”

17. “You will give people an ideal to strive towards, they will race behind you they will stumble, they will fall, but in time they will join you, in time you will help them accomplish wonders.” – Jor El

18. “There is a superhero in all of us, we just need the courage to put on the cape.” – Superman

19. “So many of our dreams at first seem impossible, then they seem improbable, and then when we summon the will, they soon become inevitable.” – Christopher Reeve

20. “Superman is precisely what we should be teaching our children. Superman inspires us to our best.” – Greg Rucka

21. “And the spirit of Superman is great to have around.”