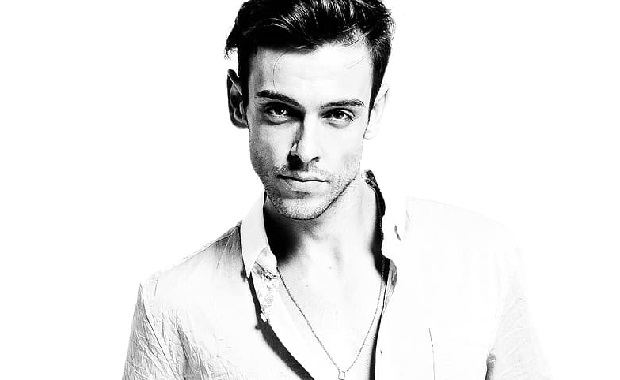 Those who are a fan of music- especially punk music- will have no trouble knowing who Brendon Urie is. Born Brendon Boyd Urie on April 12, 1987, this 32 year-old-singer is the lead vocalist of the popular band Panic! at the Disco. His extensive and versatile voice led him to be recognised by many in the music industry as well as fans worldwide.

Brendon’s road to success was not an easy one with him always being bullied by one student in high school. However, he did not let it affect him and his passion for music, making it all the way to the top with his band, releasing more than six albums in a span of 15 years.

Brendon’s love for music can be implicated by the way he talks about music. Check out these Brendon Urie quotes to know more about how music can impact people’s lives and how it can be a means to soothe the soul.

1. “Music is always a healer. Music has never let me down. I know it’s my religion. There’s the idea that you can’t truly know happiness until you know sadness, so how can you heal yourself unless you’ve hurt yourself? I’m still figuring out who I am, but I know that I’m not who I was.” – Brendon Urie

2. “I look back at the past as fond memories but I’m able to move forwards in a new light, like I’m reborn.” – Brendon Urie

3. “We’re just like you. Were not these older idols, you know, were just kids like you guys.” – Brendon Urie

5. “I look back at the past as fond memories but I’m able to move forwards in a new light, like I’m reborn.” – Brendon Urie

6. “It’s cool to be different and just be who you are and shock people in a good way.” – Brendon Urie

7. “I don’t care who gets in my way… I’m just gonna come right though and riot.” – Brendon Urie

8. “Could I imagine being a piano? That’d be awesome. I’d throw a D-minor at you to make you sad, then an F-major to make you happy!” – Brendon Urie

9. “If I was a serial killer? How I would kill somebody? I’m actually a very compulsive person … I’d chainsaw people.” – Brendon Urie

11. “With an older generation, there’s some weight carried with the Beatles. There’s almost like an untouchable, god-like force field around them.” – Brendon Urie

12. “Luckily, my wife is amazing. She’s one of the few people in my life I’m completely honest with. I’ve told her everything about my past. She knows me inside and out. There’s no secrets at all.” – Brendon Urie

14. “There’s actually a song called ‘Vegas Lights,’ which I wanted to be an anthem for Vegas, that represented how I felt when I went to the clubs. I felt this weird energy where everybody was having a good time, and it didn’t matter. Dancing like nobody’s watching. It was kind of beautiful.” – Brendon Urie

15. “I like surprising myself. I don’t want to do the norm, do what I’m always known to do, write how I like to write.” – Brendon Urie

16. “We’re weird guys. I don’t know if a lot of people get our humor. A lot of people probably think we’re jerks. We’re real sarcastic. Really ironic and stuff. We mean well, but we joke around probably a lot more than we should.” – Brendon Urie

17. “I like to put wings on my mythical creatures, because I’ve always wanted to be able to fly! That’s a dream of mine.” – Brendon Urie

18. “I think anything you listen to is going to be different. You’re going to listen to a song differently if you’re just sitting around somewhere listening on your phone as opposed to sitting in a dark room listening to a vinyl album. It’s going to be a totally different experience.” – Brendon Urie

19. “I love being involved in all of the creative stuff; I love talking ideas with directors. Anyone with an imagination can create something fun.” – Brendon Urie

Best Superman Quotes to Inspire You