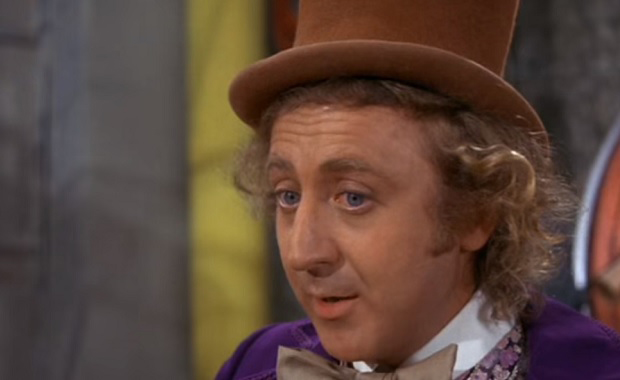 Fictional character Willy Wonka first appeared in Roald Dahl’s children’s novel Charlie and the Chocolate Factory in 1964. His ensemble of a purple jacket with a floral waistcoat and brown hat has been the source of inspiration for many costume parties.

Willy Wonka and the Chocolate Factory, a movie adaptation of the novel, released in 1971. The movie revolved around a fantasyland where everything was made of chocolate. Portrayed as the master of everything sweet and delightful, Willy Wonka was also full of boldness and sarcasm. Often disturbed by naughty little brats, he would teach them a lesson with his charm and wit.

Although Willy Wonka detests children and is somehow portrayed as a cruel human being, there is much to learn from him. His lessons on life and his pleasure on being assumed ‘crazy’ are certainly thought-provoking. With this in mind, we have gathered some Willy Wonka quotes that will certainly amuse you and perhaps, even allow you to draw a distinction between the realities of life.

2. “A little nonsense, now and then, is relished by the wisest men.. – Willy Wonka

3. “If you want to view paradise, take around and view it. Anything you want to, do it. Want to change the world? There’s nothing to it.” – Willy Wonka

4. “We have so much time and so little to see. Wait a minute. Strike that. Reverse it.” – Willy Wonka

6. “We are the music makers, and we are the dreamers of dreams.” – Willy Wonka

8. “Oh, you should never, never doubt what nobody is sure about.” – Willy Wonka

9. “Candy is dandy, but liquor is quicker.” – Willy Wonka

10. “Don’t forget what happened to the man who suddenly got everything he wanted….He lived happily ever after.” – Willy Wonka