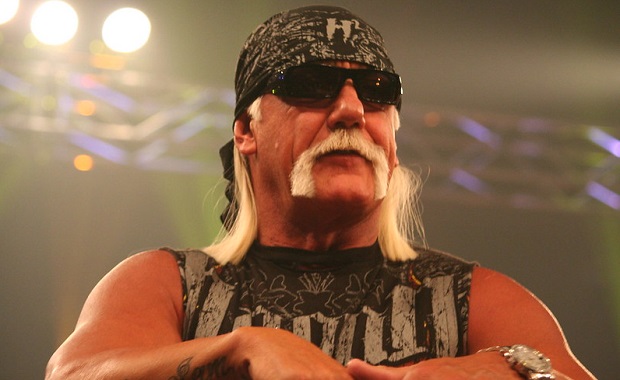 For those who may or may not be a wrestling fan, Hulk Hogan sure is one name that almost everybody has heard of! Born as Terry Gene Bolea on August 11, 1953, Hulk Hogan is a former professional wrestler, television personality and actor. His wrestling profession began in 1977, but he rose to fame only after joining World Wrestling Entertainment in 1983. A five-time WWE Championship awardee, Hulk Hogan is also the first wrestler to have won consecutive Royal Rumble matches.

In 1994, Hulk Hogan joined WWE rival World Championship Wrestling (WCW) where he holds the record for the longest reign in history for winning the WCW World Heavyweight Championship six times.

This iconic wrestler, with his energetic ambience and never-give-up attitude, has been an influence for many. Read some of Hulk Hogan quotes below to get some inspiration in case you are feeling low today, and to remind yourself that you can be the best if you believe you are the best!

3. “Negativity and Hulkamania – 2 things that don’t go together.” – Hulk Hogan

4. “In the ring, it’s fun to be the bad guy, but 24 hours a day, when you have to talk to kids, and you see Make-A-Wish kids that love you, the bad guy stuff is not fun. I’d rather be a good guy 24 hours a day than a bad guy just for a few minutes in the ring.” – Hulk Hogan

5. “Everybody’s out there wrestling like a robot.” – Hulk Hogan

6. “I’m the man that made wrestling famous.” – Hulk Hogan

7. “We’re probably the opposite of the Osbournes. We run a very tight ship.” – Hulk Hogan

8. “I woke up and realized life is great and people are awesome and life is worth living.” – Hulk Hogan

10. “I’ve been around so long and no matter if I’ve done good things or bad things, or my personal life has been good or bad, the fans have always stuck with me.” – Hulk Hogan