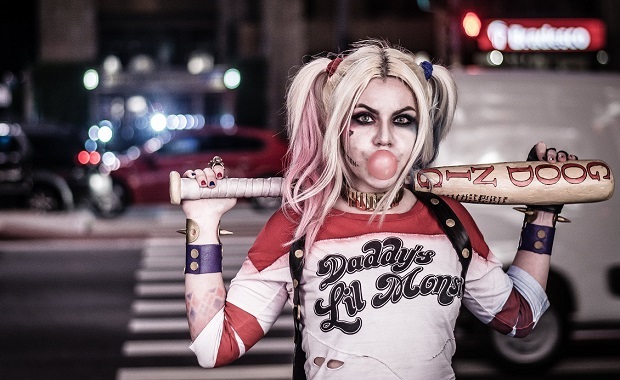 Harley Quinn has got to be one of the sassiest and craziest characters of the DC universe. Considered to be Joker’s love interest, she first appeared in 1992 and is a famous supervillain all over the world.

Since The New 52, the relaunch of DC comics in 2011, Harley Quinn is regarded as an antihero who has left behind her villainous traits. In the hit movie Suicide Squad, Harley’s character garnered few criticisms because she was often skimpily-clad and over-sexualised. However, these attributes did not stop fans from idolising her and regarding her as an antihero.

Harley Quinn leaves no stone unturned when it comes to getting what she wants. Her thoughts on injustice, self-love, superheroes, and her crazy love for Joker, to name a few, have certainly caught the attention of readers and viewers alike. Here, we have a compilation of the best Harley Quinn quotes which will help draw inspiration for those who can relate to her on a deeper level.

2. “Sometimes the only way to stay sane is to go a little crazy.” – Harley Quinn

3. “I tried to play by the rules, but no! They wouldn’t let me go straight! Society is to blame!” – Harley Quinn

5. “No matter how insane you maybe, there is always someone to complete the insanity.” – Harley Quinn

6. “If I’m mad enough to skip the tears and go straight to laughing, you better run cause I’m about to lose my shit.” – Harley Quinn

7. “My love for my joker was stronger than their mad house walls!” – Harley Quinn

8. “You think I’m just a doll. A doll that’s pink and light. A doll you can arrange any way you like. You’re wrong. Very wrong. What you think of me is only a ghost of time. I am dangerous. And I will show you just how dark I can be.” – Harley Quinn

9. “I’ve made so many mistakes and there’s no one left who believes in me.” – Harley Quinn

10. “Every woman has a crazy side that only the right man can bring out.” – Harley Quinn

12. “I know the voices in my head aren’t real, but sometimes their ideas are absolutely awesome.” – Harley Quinn

13. “Everything she does comes from within, from some dark impulse. I guess that’s what makes her so thrilling to watch. So dangerous. Even perfect at times. But also so damned destructive.” – Harley Quinn

16. “I have done everything you said. Every test, every trial, every initiation. I have proved I love you. Just accept it!” – Harley Quinn

19. “We can’t change the past, but there’s a difference between moving on and letting go.” – Harley Quinn

22. “I may be twisted but at least I make it interesting.” – Harley Quinn

23. “I found The Joker’s psyche disturbing, his dementia alarming – and his charm irresistible! What can I tell ya? The guy just did it for me.” – Harley Quinn

25. “You can’t kill me without becoming like me. I can’t kill you without losing the only human being who can keep up with me.” – Harley Quinn