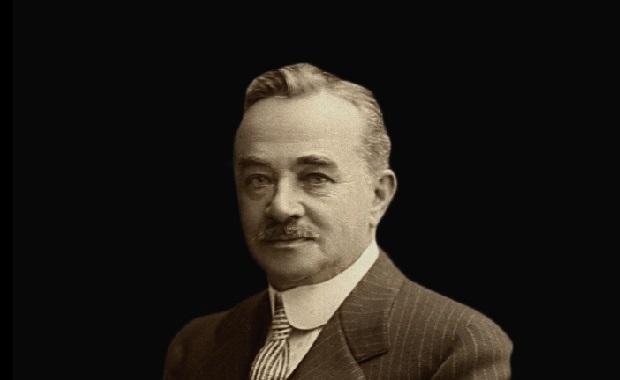 Milton Hershey was an American philanthropist, confectioner, and a businessman. Hershey is also called ‘the builder, and ‘chocolate king,’ best known as the founder of Hershey Company and Hershey Cemetery.

Hershey had sound knowledge in the confectionery business. As his business grew more successful, he managed to build his own town Hershey Pennsylvania. During the 2nd World War, his company manufactured and supplied a special Hershey bar for the soldiers serving abroad.

Milton and his wife were unable to make children. This is one of the driving force which pushed them to help others in need. This resulted in realizing his philanthropic ideas. He opened up a school named Hershey Industrial School for local orphans. The School has over 2000 students today. He also founded the Hershey Medical Center as a part of his charity work.

Hershey’s has written a number of quotes which will inspire and motivate others to achieve greatness but also to have a heart for fellow humans.

1. “I failed three times because I had not taken the time to get all the facts. After that I learned my lesson well.” – Milton Hershey

2. “My success is the result of not being satisfied with mediocrity, and in making the most of my opportunities.” – Milton Hershey

4. “You can’t keep the corners brushed up if you don’t keep after them with a broom.” – Milton Hershey

6. “A man can learn from the other fellow, providing he keeps his mind and eyes open.” – Milton Hershey

7. “The value of our good is not measured by what it does, but by the amount of good it does to the one concerned.” – Milton Hershey

8. “Whatever money you boys earn during your lifetime, use it wisely. Spend it for the good of others, and you will be richly rewarded.” – Milton Hershey

9. “My best advice to you is when you tackle a job stick to it until you have mastered it.” – Milton Hershey

10. “Give them quality. That’s the best kind of advertising.” – Milton Hershey

11. “It is not given for everybody to stand up at the plate and slam out a home-run… but we may be able to lay down a bunt that will bring in the winning run. That’s just as effective even though it may not be as spectacular.” – Milton Hershey

12. “I didn’t follow the policies of those already in the business. If I had, I would never have made a go of it. Instead, I started out with the determination to make a better nickel chocolate bar than any of my competitors made, and I did so.” – Milton Hershey

13. “If we had helped a hundred children it would have all been worthwhile.” – Milton Hershey

14. “Business is a matter of human service.” – Milton Hershey

15. “You can surmount failure. You can be battered down three times, as I was, and still come out on top.” – Milton Hershey

16. “A drinking man is a poor investment.” – Milton Hershey

17. “Some men are washed up when they are forty, while others just get started at that age.” – Milton Hershey

19. “What I want to do more than anything else is to give my employees an opportunity of advancing themselves in this world, and to give them a helping hand.” – Milton Hershey

21. “Take a man of fair intelligence, give him a fair chance, and he will soon learn to do anything that any other intelligent man is doing.” – Milton Hershey

22. “If I can make money for my employer, why can’t I do just as well for myself?” – Milton Hershey

23. “A man accomplishes little when he thinks and acts alone.” – Milton Hershey

24. “Caramels are only a fad. Chocolate is a permanent thing.” – Milton Hershey

25. “I’m not going into the chocolate business to add to my wealth.” – Milton Hershey

26. “One is only happy in proportion as he makes others feel happy and only useful as he contributes his influences for the finer callings in life.” – Milton Hershey

27. “One is only happy in proportion as he makes others feel happy.” – Milton Hershey

28. “I believed that, if I put a chocolate on the market that was better than anyone else was making, or was likely to make, and keep it absolutely uniform in quality, the time would come when the public would appreciate it and buy it.” – Milton Hershey

29. “It isn’t what you leave your children but how you leave them.” – Milton Hershey

30. “On one never being too old to do anything. An interest in something new triumphs over the calendar.” – Milton Hershey

31. “I started with ambition and intention of making the best chocolate that money or skill could make, regardless of the cost of manufacture.” – Milton Hershey

32. “It is remarkable how many viewpoints there are in this world.” – Milton Hershey

34. “The quality of an employee’s work is directly affected to a degree that can be measured exactly in percentages of efficiency by his mental and physical condition when working.” – Milton Hershey

35. “The very foundation of our national life depends on the intelligent work of the farmer. The future welfare of our people depends on the creation of a finer type of civic life, and I believe that we must look to the farmer to lead the way.” – Milton Hershey