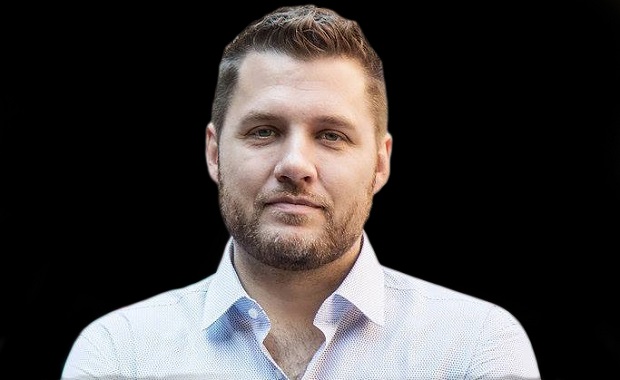 Mark Manson is a popular self-help author, entrepreneur and . He is the author of the famous book, “The subtle art of not giving a F*uck- A counterintuitive approach to living a good life” that sold over 2 million copies worldwide and was number 6 on the New York Times Bestseller List.

After graduating with a degree in finance in 2007, he started his first blog in the year 2009 for his business and later on moved to full-time blogging.

He writes topics based on relationships, dating, culture, psychology others on his personal blog, called markmanson.net. By 2016, his blog had over 2 million monthly visitors.

Mark Manson is known for his unique writing style of being blunt and honest to express his ideas. His quotes inspire a lot of people as they help to focus on things that are important to us and overcome struggles.

1. “Life is about not knowing and then doing something anyway.” – Mark Manson

4. “Who you are is defined by what you’re willing to struggle for.” – Mark Manson

5. “Life is essentially an endless series of problems. The solution to one problem is merely the creation of another.” – Mark Manson

6. “To be happy we need something to solve. Happiness is a form of action.” – Mark Manson

7. “Don’t just sit there. Do something. The answers will follow.” – Mark Manson

8. “The more something threatens your identity, the more you will avoid it.” – Mark Manson

9. “If you want to change how you see your problems, you have to change what you value and/or how you measure failure/success.” – Mark Manson

10. “Challenge yourself to find the good and beautiful thing inside of everyone. It’s there. It’s your job to find it. Not their job to show you.” – Mark Manson

11. “What most people don’t understand is that passion is the result of , not the cause of it.” – Mark Manson

12. “This is the most simple and basic component of life: our struggles determine our successes.” – Mark Manson

14. “It turns out that adversity and failure are actually useful and even necessary for developing strong-minded and successful adults.” – Mark Manson

15. “Self-awareness is like an onion. There are multiple layers to it, and the more you peel them back, the more likely you’re going to start crying at time.” – Mark Manson

16. “You can’t be an important and life-changing presence for some people without also being a joke and an embarrassment to others.” – Mark Manson

18. “You can’t build a better mind without challenging your own beliefs and assumptions.” – Mark Manson

19. “Self-Improvement and success often occur together. But that doesn’t mean they’re the same thing.” – Mark Manson

20. “Happiness is like being cool: the harder you try the less it’s going to happen. So stop trying. Start living.” – Mark Manson

30 Powerful Tom Brady Quotes That Will Inspire You to Succeed