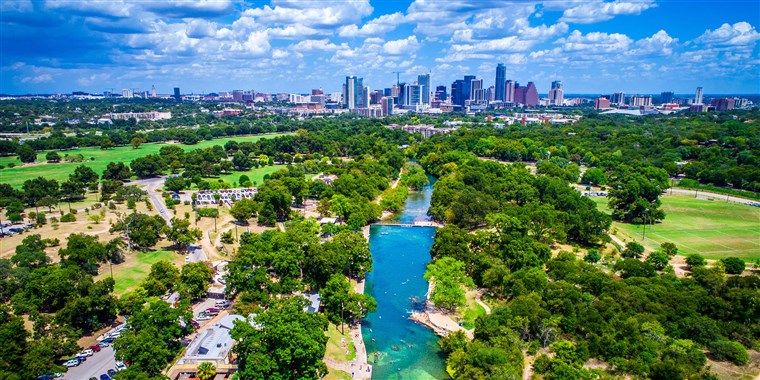 Millions of migrants live and work in America. The US Department of Homeland Security says that more than 1 million more immigrants arrive in the US every year. Migrant workers regularly send remittances to their home countries. Some of them remit online to invest back home. Meanwhile many expats aspire to live permanently in the land of opportunity. Here are some ideas on finding the place to settle down.

Boulder is a multi-ethnic city with a population of 321,030. More than 17.58% of it is made up of foreign ethnicities. The largest of these are white Hispanic including Mexicans and Spanish (7.38%) and Asians (5.54%). US News and World Report ranked Boulder the best place to live in the US for both citizens and expats. The city is known for its mountain resorts, the rocky mountain national park, and art communities. Galleries, museums, theatre, the performing arts, and musical events are popular in Boulder. So is cycling.

Expats prefer this city because of the great quality of life and a robust job market. Boulder is ranked 8.3 on quality of life and 8.7 for the job market. The job market ranking takes into account the unemployment rate, job growth, and participation of the labor force. Cities with high job market scores like Boulder have very low unemployment rates. The unemployment rate in boulder is a mere 2.4%. The average annual salary in the city is $64,690. The average monthly house rent is $1,411. Boulder scores 167.4 on the cost of living index. It is cheaper than New York (187.2) and Los Angeles (173.3).

Denver is another culturally diverse city. Its population is 2,850,221, more than 40% of which consists of foreign ethnicities. The largest foreign ethnicities in Denver are white Hispanics (21.7%), Blacks (8.48%), and Asians (3.68%). Denver is the capital and most populous city of the state of Colorado. Denver’s population is fairly young with over 20% under 20 years. The city is known to have more than 95 breweries. It is the obvious host city for the annual Great American beer festival. The 2021 festival is planned for October 7-9. Other attractions of Denver include its restaurants, galleries, and museums. The weather here is mostly sunny and dry. The quality of life in Denver is scored at 7.0 while the job market score is 8.0. The average annual salary is $59,440. Unemployment is at 2.7%. The median monthly rent is $1,292.

Austin is a vibrant city with a population of 2,058,351. More than 45% of the population is foreign ethnicities including white Hispanics (22%), Blacks (8.13%), and Asians (7.9%). Austin is sometimes called ‘the live music capital of the world’. Outdoor music venues like the Paramount Theatre and Saxon Pub are popular. So are cultural institutions such as the Blanton Museum of Arts and the Mexican American Cultural Center. The LBJ Presidential Library at the University of Texas at Austin is a good place for international students. The capital of Texas has more than 250 parks. Austin hosts formula one races at the Circuit of the Americas. The average annual salary in the city is $53,810. The unemployment rate is down to 2.7%. The median age is 34.4 years. Accommodations are more affordable than in Boulder and Denver, with an average monthly rent of $1,217.

Almost 26% of Colorado Springs’ population of 712,266 is made up of migrant ethnicities. The largest are white Hispanics (10.2%), Blacks (6.4%), and Asians (4.77%). Unlike Denver, Colorado Springs is not a cultural or economic hub. It is quieter, which makes it an ideal place for expats looking for a getaway spot. With a cost of living index score of 104.5, Colorado Springs is much more affordable too.

International students are attracted to Colorado Springs because of many nationally ranked colleges here. The quality of life in this town is high at 6.9. The job market score is 7.0 and unemployment is at 3.3%. The city’s attractions include stunning geological features such as the garden of the gods and the seven falls. Colorado Springs is home to beautiful Victorian houses and many restaurants. The average monthly rent is $1,118 while the average annual salary is $51,430.

Des Moines has a population of 203,433. More than 27% of it consists of foreign ethnicities including Blacks (10.9%), white Hispanics (9.98), and Asians (6.5%). Des Moines is a great place to raise kids. The neighbourhoods and suburbs are quieter than most cities. Residents of Des Moines are well-educated. The city is rich in cultural history and architecture. There are many colonial and Tudor-style houses. The city hosts cultural events and festivals annually. The Des Moines arts festival is organized from June 28-30 every year. The Food truck throwdown takes place on May 4 each year. Des Moines has 5 lakes and over 70 parks. It is a great place for outdoor recreation and fishing. The average accommodation cost is as low as $880 per month, well below the national average. Houses in Des Moines are also cheaper to buy. The city’s average home is priced at $196,067 against a national average of $232,933. Unemployment is down to 2.7%. Despite the lower costs the average annual salary is $52,220.

Hemant G is a contributing writer at Sparkwebs LLC, a Digital and Content Marketing Agency. When he’s not writing, he loves to travel, scuba dive, and watch documentaries.