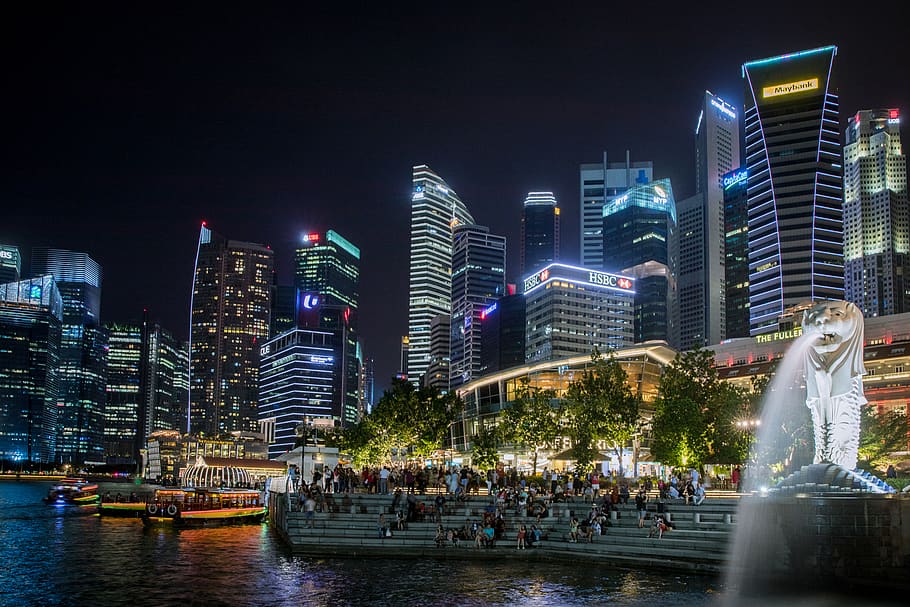 If the turn of the New Year has got you thinking about planning the next chapter in your life, we’re all for that. Life is for living, and you should grab the bull by the horns while you can. The Far East offers plenty of exciting opportunities to live, work and play, enriching your life even if it’s for a brief sojourn or sabbatical.

If you fancy sampling the nomadic way of living and spreading your wings, read on as we recommend five magical cities across Asia that can get your life in order, and provide a new sense of perspective from your western comforts.

The Nomad Capitalist rates Singapore as the second-best city to live in southeast Asia. Although it’s described as an “expensive place to live” the quality of life is that much superior here than in many other Asian cities. The Lion State of Singapore is one of the most developed cities on the planet let alone the Far East and a major hub for high-tech gadgets, as well as financial services. It is amazingly clean and sterile, with almost zero trash to be found lining the streets and suburbs.

Singapore has a very diverse culture and a myriad of attractions and dining options. The iconic hawker centers are particularly popular with locals and a very cheap way to sample lots of delicious, fresh local cuisine. Singapore also has manmade beaches that are family-friendly, ideal for maximizing your work-life balance. Sentosa Island is a short journey from the Downtown region, which is considered the most expensive area to live in.

Macau is one of the most unique cities in the Far East, purely because of its fusion between eastern and western cultures. For several centuries, Macau was a Portuguese colony, gifted to Portugal by China to act as a strategic outpost to improve trade links between Asia and the Mediterranean. It wasn’t until the turn of the new millennium that Macau would be returned to the control of the People’s Republic of China and plenty of its Portuguese heritage remains throughout the city.

World Atlas claims that Macau is densely populous. In fact, it’s one of the most populated cities on the planet, so if you are looking to live in a city that will make you feel truly alive, this ticks all the right boxes. In recent years it has become a global hub for casino gaming, with Reuters reporting on the Cotai Strip’s soaring revenues, overtaking Las Vegas in terms of income by at least four to one. Macau’s casinos have created several new table games because of their dominance. Even the online community has embraced its success through its adoption by online casinos. Their live dealer version, powered by Evolution Gaming, puts the power in the hands of players who do all the squeezing rather than the dealers. Away from the hustle and bustle of the Cotai Strip, which TripSavvy likens to the Las Vegas Strip, fanatical foodies will also enjoy devouring iconic Macanese cuisine. The city’s cuisine is regarded by The Guardian to be the world’s original ‘fusion’ food, combining Mediterranean, North African and Asian flavors.

Ho Chi Minh City is viewed by many as the capital of southern Vietnam, even if Ha Noi is this country’s undisputed outright capital. Ho Chi Minh, formerly known as Saigon, oozes culture and history. It’s rapidly evolved into a city that’s well-suited to independent travelers with a thirst for hard work and playing even harder at night. District 1 is undoubtedly a great starting point, as it’s a melting pot of locals and travelers, allowing you to meet like-minded people and put down some roots.

While it may not be as clean or as developed as Singapore, Ho Chi Minh City is arguably the cheapest city on this list for day-to-day living. The Vietnamese dong is very weak against both the British pound and US dollar, so you can be sure that your money will go far on accommodation and living expenses. A delicious meal at a local restaurant or café will set you back no more than $1.50-$2. Ho Chi Minh is also a stone’s throw from some wonderful beach resorts and lush natural habitats, namely Vung Tau and Da Lat, giving you plenty of opportunities to get away from the urban sprawl.

If you are looking for an underrated, understated Asian city to explore, look no further than the Malaysian capital of Kuala Lumpur. For English-speaking nomads, Kuala Lumpur is a really great option, given its large percentage of English-speaking citizens. Malaysia is also supremely well-connected to other nearby countries, including Thailand, which means it is something of a multicultural city too.

Dining out is extremely cheap in Kuala Lumpur, particularly if you are prepared to go where the locals hang out – avoid the eateries aimed at expats at all costs. Groceries are also significantly cheaper than elsewhere, but alcohol is more expensive here given that it’s highly-taxed. Public transport is cheap and efficient and there is some fantastic architecture to explore inside and outside the city’s bustling museums and temples. It’s also a very sociable city, where locals and foreigners freely mix, making it easy to make new friends during your stay.

Another popular place with English-speaking nomads is the Filipino capital city of Manila. The so-called “Pearl of the Orient” is not everyone’s cup of tea, but as an expat there are plenty of tranquil suburbs across the city to use as a base. Although Manila is by no means a cultural tour de force, its city nods to its former Latin heritage thanks to its various attractions and historic museums.

Manila is by no means as clean as the likes of Singapore and Kuala Lumpur but it is big on beaches and delicious food and drink. Makati and Fort Bonifacio are some of the most popular starting points for newcomers to Manila. The former is particularly cheap to live, with luxury apartments and condos regularly up for grabs for a mere $800-$1,000 a month.

It’s not easy being bold and taking a leap of faith, but any of these five magical Asian cities will welcome you with open arms throughout your stay.

How Various Industries Are Reaping the Benefits of Mac Computers

Ensure Your Customers Can Find Your Brand Online with Excellent SEO