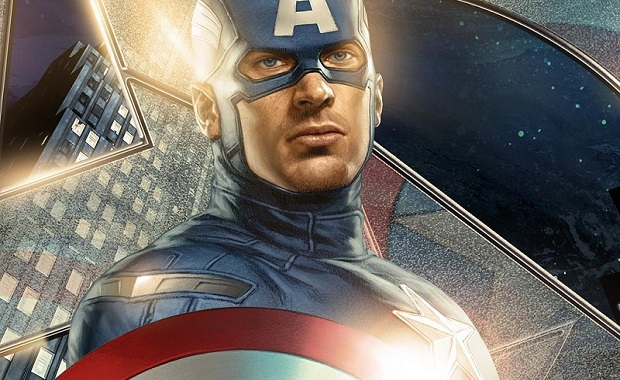 Wearing a motif of the American flag and armed with an indestructible shield, super soldier captain America unarguably won the hearts of each and every person who knew him. Being converted into a cartoon series as well as to a series of movies, he had become an inspiration to all of us for sure. The character had its own views about many a thing and expressed it at the perfect place and time.

He had a dream, in which he always believed in fulfilling. Neither any other thing kept him inspired, nor he was loyal towards any other than the dream which made him always going. Captain America always liked to be friendly with people. He hated bullying. When it came to fighting and killing, he never wanted to kill any. But if somebody was against the nation, it didn’t make any difference to him from where the person was. There are some instances where you can decide to fight or not, but some don’t allow you even to think.

Most of the people keep on thinking about the past, recalling the sweet memories, and sometimes regretting about what they have done. Captain America never encouraged such behavior. He believed that it may be tempting to live in the past because it is what we are familiar and comfortable with. But he didn’t forget that it was where the fossils came from. He always made others also live in the real world.

The real world can always be miserable. But if we are always on the move, we should be in it, and accept the reality.

Nobody should tolerate a word on the necessity of an evil. Is the existence of an evil necessary for us to be encouraged to fight? That can be never accepted. The character ‘Captain America’ strongly believed on a state with no rivals. Even one man against you will be enough for you to get discouraged. As long as you are discouraged, victory will only be in your dreams.

One can never say that everything will be perfectly set for you to go and win. If anybody has a need of winning in life, he or she will have to go on craving the path for it. You should know what you can do, and allowed to do. Afterwards, winning should be the one and only goal. Others can only give you hope and support. But it is you, who should set each and everything needed to achieve the goal.

1. “I will not tolerate — I will not allow — any talk of the necessity of necessary evil.”

4. “When the mob and the press and the whole world tell you to move.”

5. “We must all live in the real world… and sometimes that can be pretty grim.”

6. “It’s tempting to want to live in the past. It’s familiar. It’s comfortable. But it’s where fossils come from.”

7. “I will not tolerate — I will not allow — any talk of the necessity of necessary evil.”

8. “I’m not always able to choose my battles… but effective immediately, I’m going to make an effort to choose the battles that matter.”

9. “America doesn’t hand you things on a silver platter. Sometimes all she offers is hope.”

10. “Without its ideals — its commitment to the freedom of all men, America is a piece of trash.”

11. “As long as one man stands against you, you’ll never be able to claim victory.”