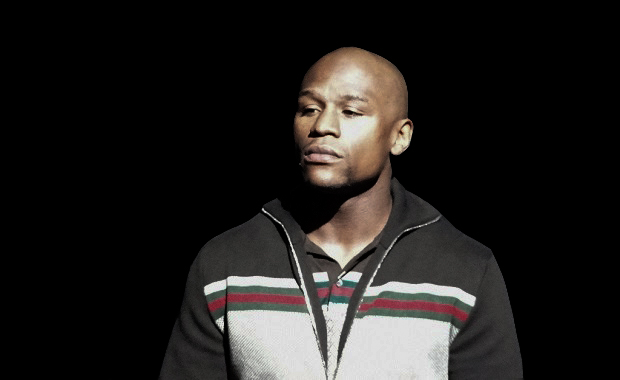 With five division world championships and 15 world titles under his belt, Floyd Mayweather Jr is regarded as being the best boxer ever to step into a ring. But Mayweather, born on February 24th, 1977 in Grand Rapids, Michigan, is not just an awesome athlete; he is a super successful businessman whose net value was estimated at $300 million at the start of 2017.

Mayweather was born into a family of boxers. His father had fought the legendary Sugar Ray Leonard and his uncle had been victorious in two boxing world championships. To say his upbringing was a little tough is an understatement. Mayweather’s mother was a drug addict and his father a drug dealer who spent frequent time in jail.

In 1996, Mayweather Jr dropped out of high school to begin a boxing career and he went on to win every professional fight he ever had. He retired in 2015 with a 49-0 record with an amazing 26 wins by way of knockout.

This was the second time he had retired. The first was to concentrate on his second career as a boxing promoter but Mayweather proved once again that he just couldn’t stay away from the ring when he agreed to fight MMA star Conor McGregor in Las Vegas in August 2017, a fight which would take Mayweather’s unbeaten total to 50-0. 2. “You have good days, you have bad days. But the main thing is to grow mentally.” – Floyd Mayweather

3. “There’s no blueprint on how to beat me.” – Floyd Mayweather

4. “I’m not in this sport to see how hard I can get hit or to see how many big punches I can take. I am in this game to fight as long as I can. I am trying to dish a lot of punishment.” – Floyd Mayweather

6. “If you’re the best then take the test!” – Floyd Mayweather

7. “The ultimate goal is to always break records.” – Floyd Mayweather

11. “Once I beat a guy, mentally and physically, he’s never the same.” – Floyd Mayweather

12. “Shit happens in the sport of boxing. You wanted to see a KO, that’s what I gave you.” – Floyd Mayweather

13. “I don’t have to run from none of these fighters. If I want to keep my defense tight and break em’ down I can.” – Floyd Mayweather

15. “There are all these athletes out there cheating. I am clean and pure.” – Floyd Mayweather

16. “It’s about having personality…it’s not about being the bad guy, it’s about entertaining people.” – Floyd Mayweather

17. “A true champion will fight through anything.” – Floyd Mayweather

20. “I think my grandmother saw my potential first. When I was young, I told her, ‘I think I should get a job.’ She said, ‘No, just keep boxing.” – Floyd Mayweather