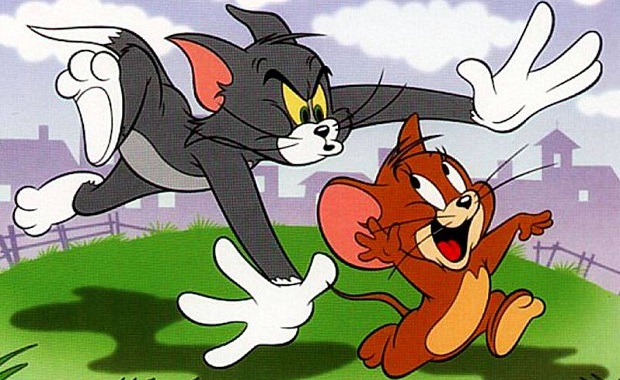 The Tom and Jerry show, the Tom and Jerry comedy show and Tom and Jerry tales are some of the main television series featuring the most popular cartoon characters; Tom, and Jerry. The two characters were originally in an American short film series, and later became so much popular among kids, as well as grown-up s. Being a cat and a mouse, the audience would expect Tom and Jerry to fight and be rivals throughout, but the writers have made the two characters an inspiration for friends and lovers as well, making the tale extraordinary.

People think that friendship is all about being faithful and agreeing with anything even when you clearly know that the other person is wrong. Thinking that your fiend will be irritated and therefore always keeping him or her up may be things fake friends would do. Tom and Jerry proves that a true friend who loves you very much is who would tease you, knock you down, and even would irritate you always, but yet cannot live without you.

Though most lovers think that love is to express how much you love all the time, Tom and Jerry interprets love in a completely different way. Love is not anymore limited for romantic lovers in Tom’s and Jerry’s books. There can be friends who love you more than a lover would. Such friends are hard to find, but once you identify them, it’s difficult to leave and will undoubtfully be impossible to forget them!

It may be love. It may be friendship. Whatever the word we use for the relationship, there is nothing fulfilling than having a person who understands you and appreciates even the smallest thing you do. A true friend or a lover will be standing beside you during hardships, and will offer his or her shoulder for you to lean on in times of trouble. Loving you for what you are, they definitely will be happy to have you in their lives.

If Tom and Jerry were a traditional cat and a mouse, they would fight and remain as enemies throughout the series. But friendship had interfered, and had made them love, and care for each other. It had made them worth living. They have proved that if there is a way to destroy an enemy, it definitely is to make him a friend. 2. “Let us always meet each other with smile, for the smile is the beginning of love.”

3. “Infuse your life with action. Don’t wait for it to happen. Make it happen. Make your own future. Make your own hope. Make your own love. And whatever your beliefs, honor your creator, not by passively waiting for grace to come down from upon high, but by doing what you can to make grace happen… yourself, right now, right down here on Earth.”

4. “Good friends are like Tom & Jerry sometimes crap keeps them apart, but they always come back together.”

5. “Growing up, I liked Jerry of Tom and Jerry. He was the little guy who was more clever than the big guy even though he wasn’t as strong. I identified with that going through school. I also like Mighty Mouse. I like the little guys who come through in the end.”

7. “Good friends are like tom & jerry sometimes crap keeps them apart, but they always come back together.”

8. “We All have that one friend that make us Laugh with their stupidity.”

9. “I want our relationship like Tom and Jerry. No matter how many times we fight, we won’t be apart.”

10. “A person who irritate you always the one who loves you but fells to express it.”