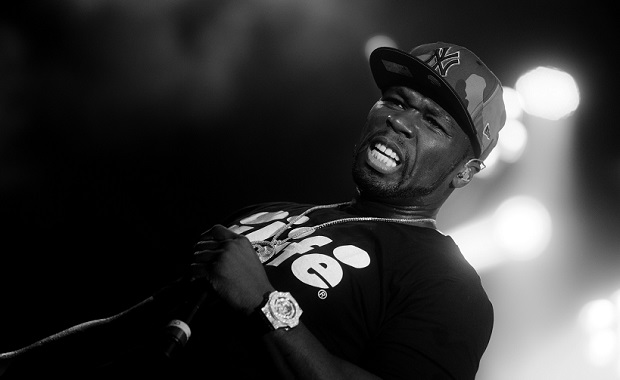 Curtis Jackson, also known as 50 Cent, is an American hip hop musician and business mogul. He first got noticed with his debut album, which was entitled “Get Rich or Die Tryin’.” Born on July 6, 1975 in Queens, New York, Jackson grew up in a rough neighbourhood. He would use his experiences growing up in his lyrics later on.

Although 50 Cent is primarily known for his musical achievements, he has also been incredibly successful in business. He promoted and invited in Vitaminwater, creating a partnership that results in a $100 million profit when Coca-Cola purchased the company in 2007.

While 50 Cent has had his share of legal and financial issues over the years, he is widely regarded as being one of the most talented and inspirational hip hop musicians of his generation.

3. “Behind me is infinite power. Before me is endless possibility, around me is boundless opportunity. My strength is mental, physical and spiritual.” – 50 Cent

4. “People often say I have so much energy, that I never stop; but that’s what it takes to accomplish your goals” – 50 Cent

5. “Some people are born with very little; some are fortunate enough to have it all. When I grew up, we didn’t have much. I had to hustle to get what I wanted… but I had that hunger for more. I didn’t always make the right choices, but I learned from my mistakes.” – 50 Cent

6. “Every negative is a positive. The bad things that happen to me, I somehow make them good. That means you can’t do anything to hurt me.” – 50 Cent

7. “Your opinion of yourself becomes your reality.” – 50 Cent

8. “You learn a lot about yourself when you have success for a while. Like, a lot of things that you think are really important aren’t. But you need that process.” – 50 Cent

9. “When you’ve been in life-threatening situations, you become aware that life is not for ever.” – 50 Cent

10. “Love your enemies and hate your friends. Your enemies remain the same, friends always change.” – 50 Cent

12. “I don’t display emotions. I have every feeling that everyone else has But I’ve developed ways to suppress them. Anger is one of my most comfortable feelings.” – 50 Cent

13. “Just be confident. I think confidence is the most attractive part of a person.” – 50 Cent

15. “I had to overcome challenge after challenge in order to take my life from nothing to living my dreams.” – 50 Cent

13 Powerful Dwayne Johnson Quotes That Will Motivate You to Greatness