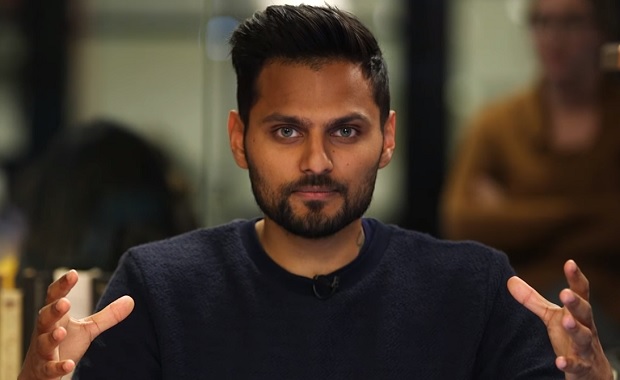 Born in the UK, Jay Shetty became a monk at the age of 22, and he did this for a total of three years. He has stated that losing a close friend of his at an early age led him to this decision. Once he returned home, he started sharing his experiences as a monk with numerous companies.

Eventually Arianna Huffington took notice of Shetty and offered him a position hosting a show. He moved to New York city for this job, and then later on began working with a digital agency. He has established his very own agency and brand creating wisdom in hopes that it will go viral.

He has had numerous videos put on the Huffington Post website, and they have accumulated over 100 million views altogether. Jay has done interviews with multiple famous people, including Deepak Chopra and Tim Ferriss.

1. “Never forget the people who take time out of their day to check up on you.” – Jay Shetty

3. “We are meant to love people and use things but today we use people and love things.” – Jay Shetty

4. “Best lesson I have learned in life came from the worst feeling I ever felt in life.” – Jay Shetty

5. “Every act is either an act of love or a cry for love” – Jay Shetty

8. “Love didn’t hurt you. Someone who doesn’t know to love hurt you. Don’t confuse the two.” – Jay Shetty

9. “Don’t worry about rejections. All you need is one person to say yes.” – Jay Shetty

12. “You are still young and you aren’t supposed to have your whole life figured out yet. Don’t stress. Everything will work out.” – Jay Shetty

15. “If we never learn to be alone we will always feel lonely.” – Jay Shetty

16. “You only need rehearsals when you’re acting. When you’re living, you can just show up.” – Jay Shetty

19. “Swap ‘Why is this happening to me?’ to ‘What is this trying to teach me?’. It will change everything.” – Jay Shetty